IKEA's future-living research lab Space10 has launched a visual exploration into what the next 20 years of food design might hold for the meatball, including artificially-grown animal flesh and crispy insect protein.

It takes into account the world's growing food needs – citing UN research that predicts demand is set to increase by 70 per cent within the next 35 years – and highlights the impact of meat production on global warming.

"We used the meatball's shape and size as a canvas for future foods scenarios, because we wanted to visualise complicated research in a simple, fun and familiar way," said Space10's Kaave Pour.

"There’s hardly any culture that does not cook meatballs – from the Swedish meatball, to Italian/American spaghetti meatballs to spiced up Lebanese kofta."

IKEA famously serves meatballs in its stores, and earlier this year introduced a vegan version.

"IKEA already offers a wide range of quality food, which is an essential part of the existing IKEA experience," said Space10's Simon Caspersen. "The launch of the veggie ball was the first step to include a wider variety of healthier and more sustainable food choices in IKEA." 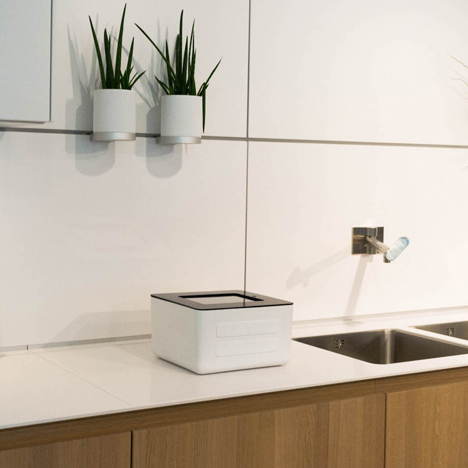 The Wonderful Waste Ball could be made from food that is usually squandered, while the Urban Farmer's Ball suggests reducing "food miles" by using local farms as a source of fresh produce.

The Mighty Powder Ball reflects on the trend for powdered and liquid meal replacements, and could be made from nutrient-rich substances that provide the necessary vitamins and minerals.

The lab has also taken into account innovations in technology, suggesting that 3D-printing could be used to convert proteins from algae, beet leaves or insects into meals, as well as allowing users to customise their own nutrition.

New technology would also be used to produce The Artificial Meat Ball, which would be made from flesh that has been grown inside a lab.

Alternative sources of protein feature in The Lean Green Algae Ball – which proposes using aquatic plants that could be grown in vertical fermentation tanks, saving land and water – and The Crispy Bug Ball, which uses insects as a more efficient food source.

More traditional ingredients are included in The Nutty Ball, which suggests that as local farmers breed new varieties of grains, legumes and nuts, they will become more abundant and popular sources of nutrients.

"A lot of ingredients with delicious flavours would never be consumed if it wasn't nicely designed," he added.

"It's quite difficult to picture that in the near future we will be eating insects or artificial meat," said Bas van de Poel, who was creative-in-residence at Space10 for the duration of the project.

"But, with the increasing demand for food, we need to start considering adding alternative ingredients to our daily menu," he added. "You could say that Tomorrow's Meatball gets people a little more familiar with the unfamiliar."