A home-help aide to IM Pei has been charged with assaulting the Pritzker Prize-winning architect at his New York home.

The 98-year-old IM Pei – known for buildings including the Museum of Islamic Art in Doha and the glass and steel pyramid at the Musée du Louvre – told police that Eter Nikolaishvili, 28, "grabbed his right forearm and forcefully twisted" in early December.

Police told The New York Post the injury took place when Nikolaishvili snatched a telephone away from Pei, because he had threatened to report her for doing "something bad".

The Chinese-born American architect was taken to hospital at 4am on the day of the incident, suffering from bruising and bleeding.

Nikolaishvili was arrested two weeks later on Tuesday 29 December, and released without bail the same day. She allegedly told another of Pei's aides that she grabbed the architect to prevent him from falling. 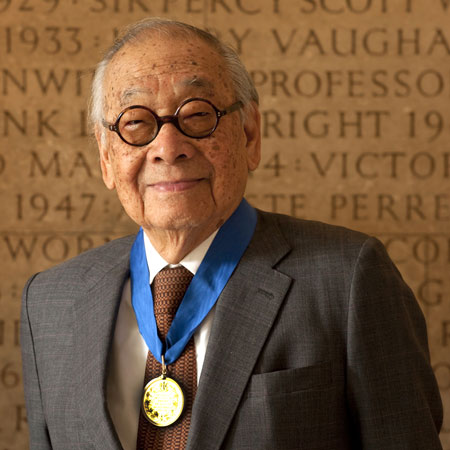 Ieoh Ming Pei was born in China, but moved to the US to study architecture and never returned to live in his home country. He established his firm IM Pei & Associates in 1955, which later became IM Pei & Partners and is now known as Pei Cobb Freed & Partners.

Pei retired from full-time practice in 1990, with a portfolio including the National Gallery of Art East Building in Washington DC, and the Bank of China Tower in Hong Kong.

He has received several prestigious awards, including the Pritzker Prize in 1983 and the Royal Gold Medal in 2010.

Speaking in 2010, architect David Adjaye described Pei as one of his role models: "When I began my studies in architecture, IM Pei was already a giant in the canon of greats. His work seemed effortlessly capable of creating extraordinary clarity out of complex and conflicting demands."