A Silicon Valley inventor has created a vehicle that looks like a skateboard balanced on a single wheel, and allows users to "surf on land" (+ movie).

Robotics expert Robert Bigler designed the Hoverboard to transport individual users at speeds of up to 20 miles per hour.

Although it is named Hoverboard, the device does not levitate like other designs released to coincide with 21 October 2015 – the date travelled to in sci-fi movie Back to the Future II, when character Marty McFly uses a hoverboard to get around.

These include the Hendo 2 and the Lexus Hoverboard, both of which use magnetic fields to move without touching the ground.

"I dreamt of a personal electric vehicle that would produce the sensation of surfing on land," said Bigler.

Leaning forward causes the Hoverboard to accelerate, and leaning back causes it to decelerate, or go the other direction.

Its 25.4-centimetre-diameter wheel is located in the centre of the deck and is powered by a single electric motor that provides up to 5,000 watts. 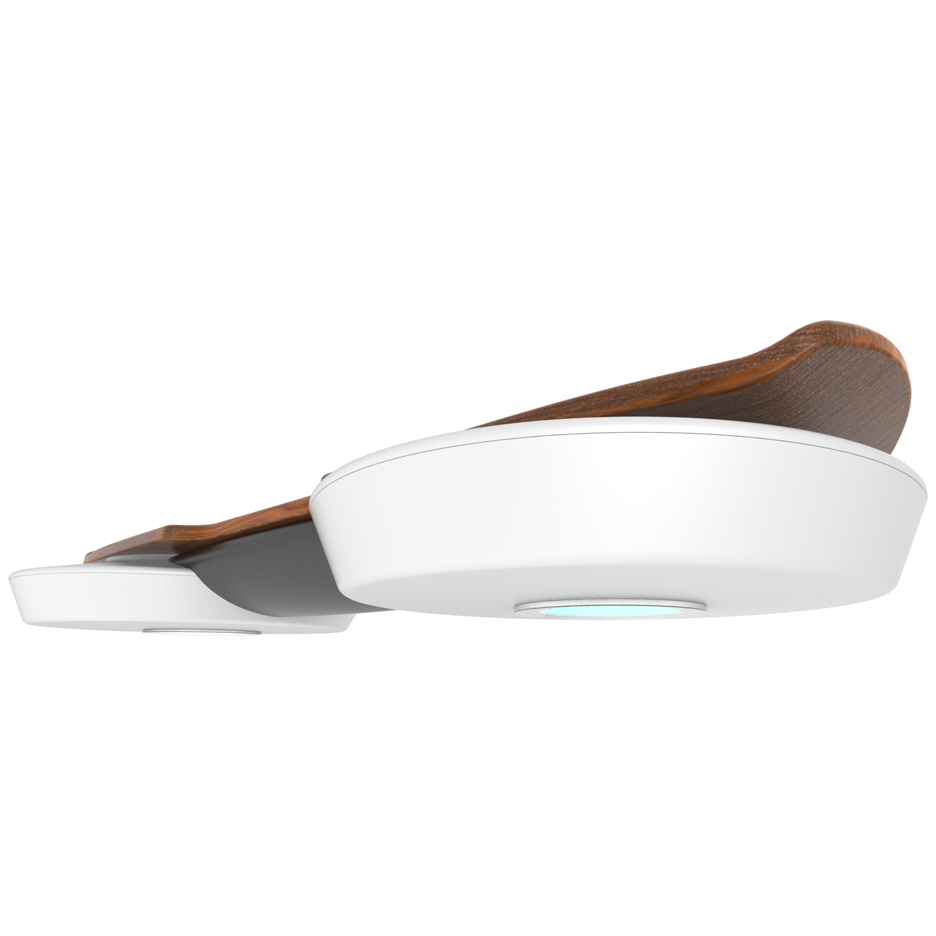 The motor is controlled by a computer that keeps the gyroscopes balanced front-to-back. However, it is up to the user to master the side-to-side motion.

The device can travel 12 miles with the charge from a standard battery, and over 20 miles with an extended battery.

Charging takes 16 minutes with a "supercharger", or one hour with standard charger.

Versions of the Hoverboard are also equipped with onboard lighting, speakers to play music and a ground-detecting sonar to keep the it parallel to changing surfaces.

"I didn't want to approach the first real Hoverboard from the standpoint of making it a price-product," Bigler said. "I spared no expense to make it fully, everything today's technology could possibly provide."

A video showing the construction of Bigler's Hoverboard

Bigler started his robotics company Animatics immediately after graduating from San Jose State University, but recently sold it to New York motion control company Moog (MOG-A). At Animatics, he invented the SmartMotor, which automates electronics in everything from undersea drones to experiments on the International Space Station.

Along with hoverboards, a variety of personal vehicles were released last year. Cocoa Motors' WalkCar transports passengers on a laptop-sized board, while the "world's lightest and most compact electric bike" surpassed its crowdfunding goal in just two days.