Opinion: the TED and Pecha Kucha presentation formats have passed their best-before dates, says Lucas Verweij, who thinks it's time for a more honest approach to sharing design industry stories.

I'm not alone in feeling fed up with being fed simplistic and unrealistic stories of overnight success in the design industries.

Designers and architects prefer to speak publicly in protected and safe spaces because they do not like contradiction. During most conferences and public meetings, the success stories and self-ego boosts are numerous, with mostly applause as a reward. A philosopher once characterised the design culture as "a culture of self congratulation".

While public meetings should be a forum for debate, and a way for us to challenge and sharpen our thoughts and ideas, in our sector they mostly lead to a lot of politeness, a gentle smile and a network chat. The many speaker formats our industry has created are a symptom of the culture of public debate we've created, but there is hope.

At the start, Pecha Kucha was as anarchistic as it was influential

Take Pecha Kucha. When it was invented in 2003, Pecha Kucha was sensational. Presentations had to follow a strict format – 20 slides, with a maximum of 20 seconds on each slide. Suddenly, one could attend lectures of fewer than seven minutes. Wow! Pecha Kucha had it all: content, tempo, inspiration, improvising creatives and humour.

At the start, Pecha Kucha was as anarchistic as it was influential. Established names and local starters would be in the same line-up, nobody felt "too good" to do this. But eventually Pecha Kucha pushed over the hill. 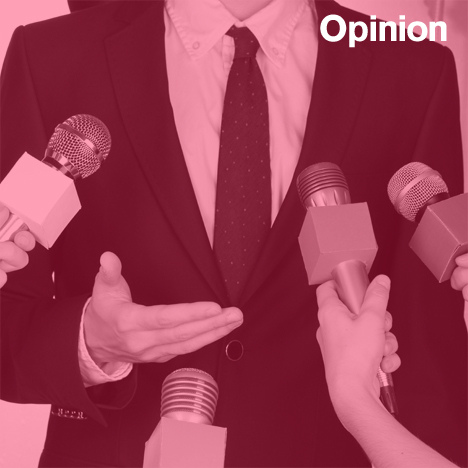 The format turned out to be too superficial; a load of imagery standing in the way of a real exchange of ideas. It became mostly about entertainment. As a result it stopped attracting big speakers, but worse than that, it lost its serious audience. Corporate events use it now as a cheap entertainment and brainstorm format.

A few years later TED started distributing its lectures online. At first it had a huge impact. Twitter and Facebook had now taken off and the TED content spread fast, since it is easy to share but always recognisable as TED.

TED successfully raised awareness of the power of creative industries

TED successfully raised awareness of the power of creative industries. It did so by pushing ideas and questions like "do schools kill creativity?" or "unleash your creativity in a fab lab". A talk titled "why is Apple so innovative?" has had more than 25 million views and "the era of open innovation" has had two million.

As a format TED has been influential, and a TED talk has become a standard for a specific type of presentation. In a nutshell, this is personal, engaging storytelling with a defining and/or turnaround moment.

It taught designers and architects two important lessons. Firstly, the formula for successful public speaking won't be found in your slides but in your words. And secondly, personal engagement can also be useful for communicating about design.

But TED also became a victim of its own success, becoming overexposed, mainly via the franchise model TEDx. Ever-smaller themes led to ever more local events such as TEDxStMaryCSSchool – a niche gathering, organised by one of the schoolteachers. The difference between TED, Tedx, Ted Fellow, or Ted ED was never clear to the public. There are simply too many TED talks, and the format is now often greeted with cynicism.

There are simply too many TED talks, and the format is now often greeted with cynicism

Recently, two new speaker formats have emerged: Creative Mornings and Fuckup Nights. Creative Mornings is a breakfast lecture series for the creative community, already active in 130 cities. Its a professionally organised business and, just like Pecha Kucha, the administrators demand action – one event per month if you subscribe as a licence holder.

What is it with these brands that they all insist on overexposure? More isn't necessarily better and it is exactly this enforced overexposure that will eventually kill them.

But the past year has also seen the breakthrough of the Fuckup Night. The format has spread fast, and is now active in over 100 cities. The idea is simple. One learns more from failure than success, so let's speak about what went wrong!

The initiators add they were "fed up with simplistic and unrealistic stories of overnight success". Totally true, since the popular formats and conferences that preceded them produced thousands of these.

The Fuckup Night format obviously sprung from the start-up scene, where it is more common to talk about your failures. Very unlike the design and architecture scenes, where one tends to present mostly good news stories.

In Fuckup Nights speakers zoom in on the challenges of entrepreneurship – another issue that designers and architects don't like to speak about enough. The untraditional setup creates both an intimate and a self-critical environment that is worthwhile. It is much easier to ask real questions in an open and vulnerable environment like this, and here lies the potential.

With the growth and the broadening of this sector, we need to learn to be more self-critical and to relate to a broader public. Fuckup Nights, which bring honesty, improvisation, intimacy and humour back on stage, could be the start.

Lucas Verweij has been teaching at schools of design and architecture around Europe for over 20 years. He was director of a master's programme in architecture and initiated a masters course in design. He is currently professor at the School of Form and teaches master's students at Design Academy Eindhoven. He has initiated and moderated various seminars devoted to designing design education.