Design retailer EQ3 is debuting a capsule collection of furniture, objects and accessories called Assembly by 10 emerging designers from Canada at the Interior Design Show in Toronto.

The pieces range in size from a dining table to a bottle opener, and were created by a group designers from across Canada. The selection was curated by EQ3 for a pop-up shop at Canada's largest home and design trade fair, which opened today.

"The collection features a mix of products from accessories to small furnishings as diverse as the country from which it was born, and is a raw snapshot of new blood in Canadian design," according to the organisers of EQ3 Assembly.

Anthony Frank Keeler, who was born in Calgary but lives in New York, is introducing the Arc/Trapezoid Mirrors. The tabletop mirrors have reflective steel plates with a wooden stem back support, which also serves as a handle. The pieces are offered into two shapes: one trapezoidal and one rectangular form with an arched top.

Toronto-based Dylan McKinnon has created a three-piece set for candles, including a single holder, a candelabra, and a tea light – all with thin frames that resemble line drawings. 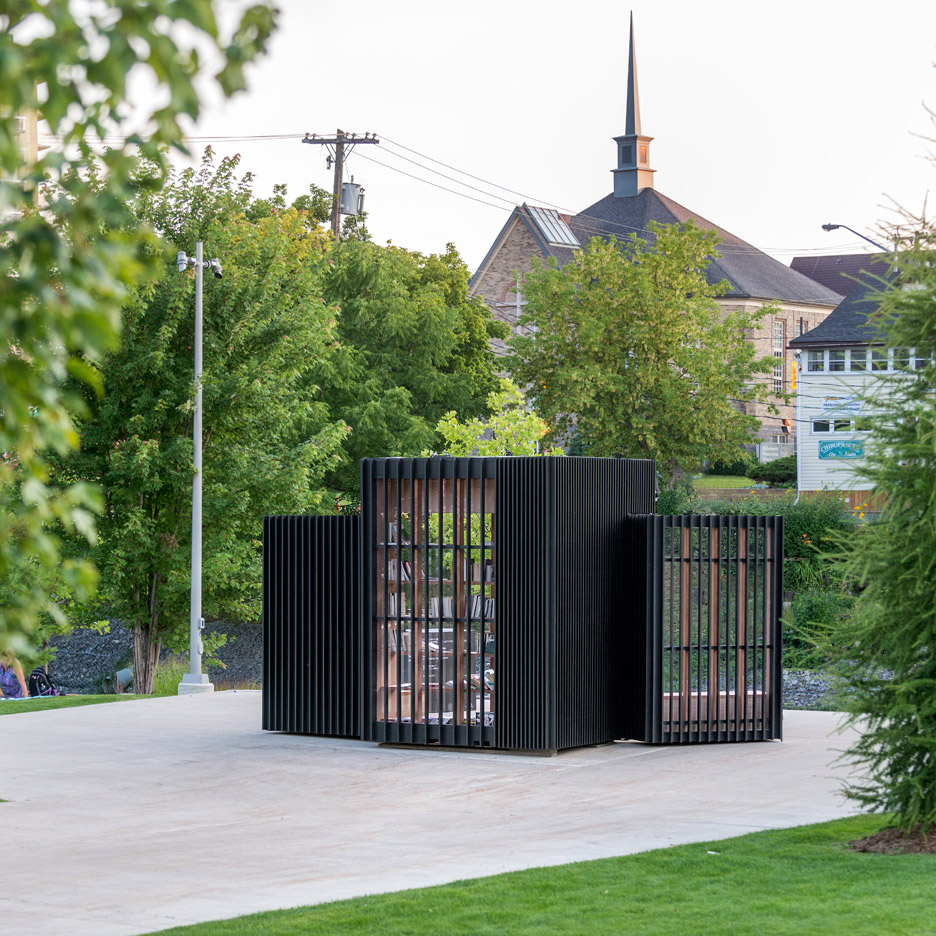 Winnipeg-based Matthew Kroeker is showing a pair of seats called Assembly Chairs, which are based on classic Windsor chairs. Available with or without arms, the squared-off backs differentiate the new models from conventional Windsors.

Painter and silk-screen artist Kenneth Lavallee adapted his skills for textile design to create his Assembly Quilt, which features a simple graphic image of a morning star.

Influenced by the simple functional furnishings in the iconic film Tokyo Story, studio MSDS designed Rack. The three-bar leaning piece can be used for hanging coats, clothes, or towels in an entryway, bedroom, or bathroom.

The Quebec-based practice Six Point Un has created the wood and steel Bottle Opener, with a round handle with smooth, curved edges.

Shawn Place's Dining Table has a wood frame with a cross beam that supports the glass top with rounded corners.

Montreal-based Zoë Mowat's dressing table was inspired by Art Deco lines. "Like the vanities of that era, the design's focus is not only to provide a surface to powder your nose, but also a destination to house and display your favourite objects and products," she said.

Tomas Rojcik of the design studio Normal Goods has created the Assembly Clock, a simplified version of the common clocks found in schools. It features three hands of different lengths and widths that turn against a neutral background.

Thom Fougere Studio is showing the three-legged Stool, which features wide supports for stability, a foot rest and a curved seat.

EQ3 sells contemporary furnishings made in North America in locations across Canada and in San Francisco.

The Interior Design Show continues until 24 January 2016 at the Metro Toronto Convention Centre.

More architecture and design in Toronto