A folded steel staircase runs alongside an exposed brick wall to connect the two levels of this east London flat by architecture studio Bell Phillips.

Located in Hackney, the home is one of several created through the conversion of a Victorian school building characterised by walls of yellow-hued London stock brick.

South London-based Bell Phillips – whose recent projects include a park inside a converted Victorian gas holder – demolished a former staircase that once ran parallel with the apartment's mezzanine level.

The team replaced it with a new stair constructed from a six-millimetre-thick sheet of steel that was folded and welded before being finished with a coating of atomised brass. 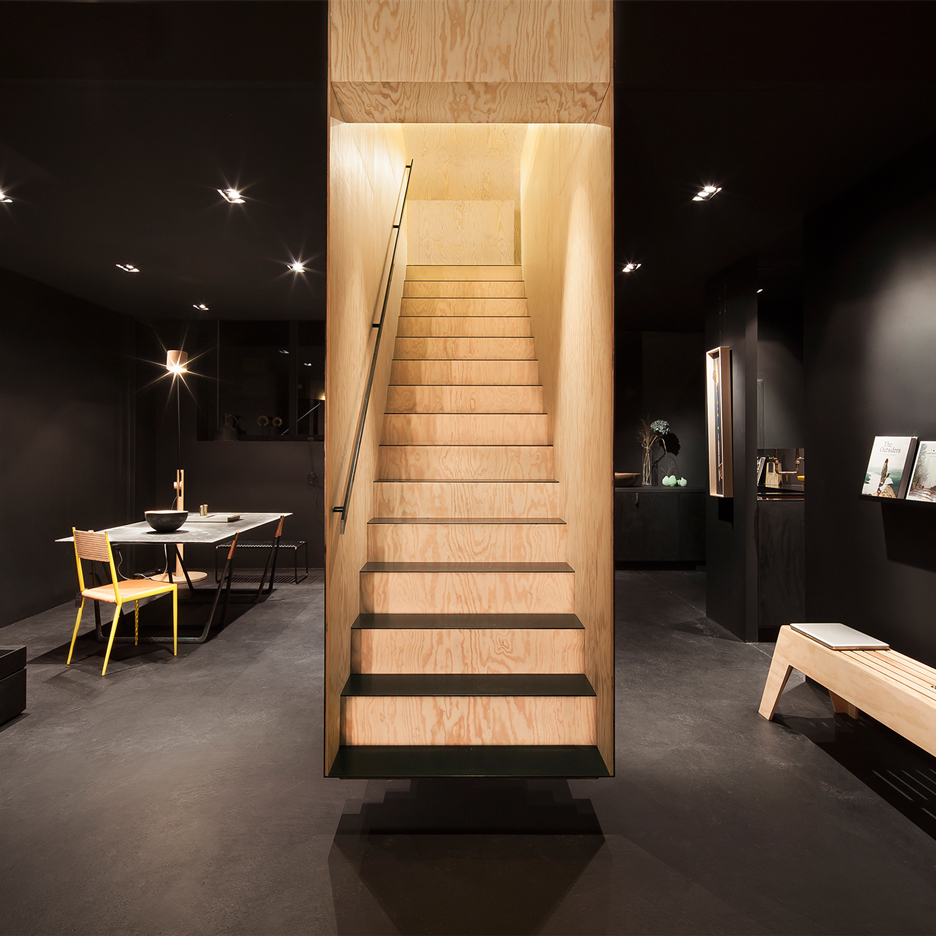 This is positioned at the far end of the living area, alongside one of the exposed brick walls.

"The minimal slimline design of the stair increases the sense of space whilst adding a focal point to the living area," said the architects.

"The delicacy of the folded plate steel stair has been designed as a counterpoint to the exposed brick walls of the existing building."

"The brass finish gives a tonal warmth and depth of finish to the stair that compliments the colour and texture of the brick to create a dialogue between the old and new," they added.

A matching handrail runs alongside the stair, screwed into the brickwork.

Bell Phillips – established in 2004 by Tim Bell and Hari Phillips – also added folded steel steps to a property in south London. A similar staircase also leads up to a mezzanine level in a warehouse conversion by fellow London architect Sadie Snelson.