Architecture firm Snøhetta has released images of a new library it has designed for a Philadelphia university, stating that it aims to challenge the "traditional typology of the research library" (+ slideshow).

The building – designed in collaboration with architecture and engineering firm Stantec – will be located on the campus of Temple University, a research-focused institution with roughly 37,800 students.

"This new library will put Temple University at the forefront of progressive research institutions," said Snøhetta, which was founded in 1989 in Norway and today has studios in Oslo, Innsbruck, New York and San Francisco.

"Acting as a new social, cultural and intellectual hub for the university and surrounding community, the design serves the contemporary needs of a world-class research facility and its students," added the architects.

Situated at the intersection of two major pedestrian pathways and adjacent to a future quadrangle, the library will anchor a new academic and social core planned for the campus.

The architecture is defined by a solid base clad in vertical sections of rough stone – a material that takes its cue from existing campus buildings. Terraced plazas that step up toward the library are designed to act as informal gathering areas and outdoor classrooms. 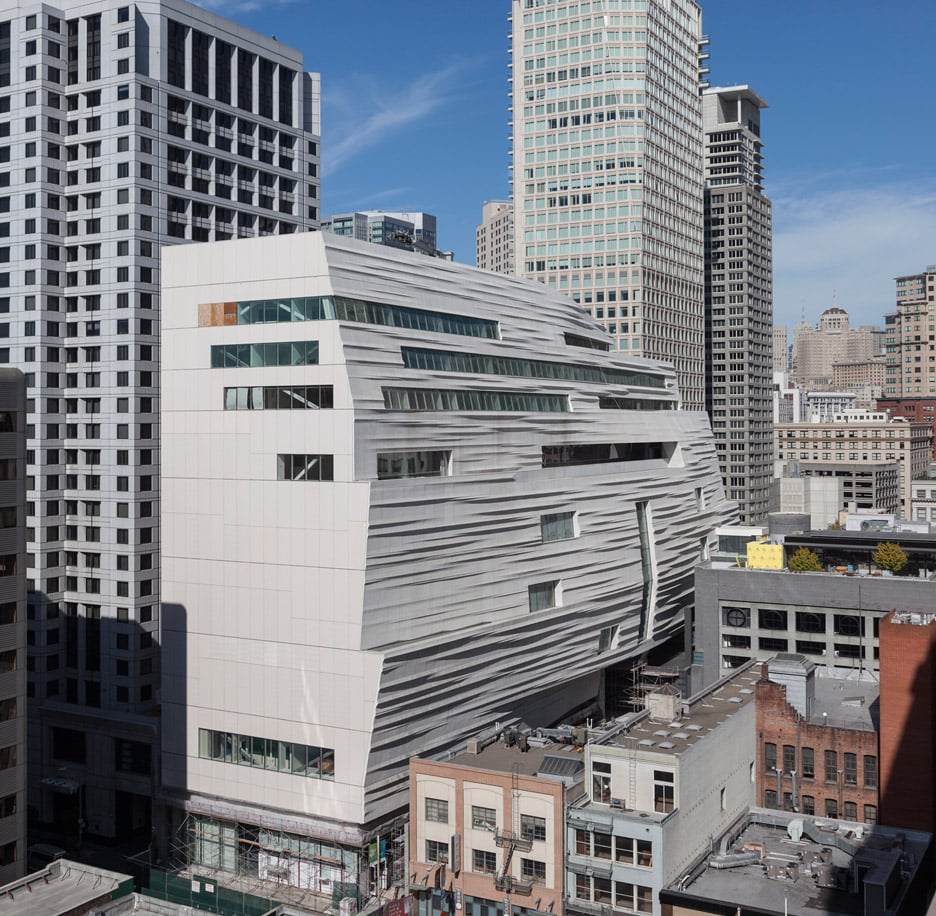 Major entrances will be marked by grand wooden arches and expanses of pleated glass supported by steel mullions. The arches will continue into the building, forming a three-storey domed atrium with white terrazzo flooring.

"An oculus carved into the lobby's domed atrium opens up views to each corner of the building, serving as a way finding anchor and placing the user at the centre of the library's activity," said the firm in a statement.

"As users circulate the building, this visual and physical connectivity allows the individual to take stock of their bearings and encourages students to use all of the building's resources."

The building's top floor will feature a reading room with traditional book stacks. It will open up to a green roof and terrace with stepped seating, providing an outdoor gathering space for library users.

An automated book retrieval system will reduce the amount of space needed for book storage. The library's two million volumes will be stored on two storeys above ground and two storeys below.

Snøhetta said it looked to historic Greek architecture while conceiving the library.

"The design is inspired by the historic academies of Greek antiquity, where social spaces for exchanging ideas were primary and storage of written content took a secondary role," the firm explained.

"Snøhetta's design challenges the traditional typology of the research library solely as a repository for books and archives, and instead provides a diversity of spaces that will spark chance encounters, enable collaboration and encourage knowledge-sharing amongst its users."

Construction is slated to begin shortly, with an opening planned for 2018.

Snøhetta is currently working on a number of educational, civic and cultural projects, including Calgary's New Central Library in Canada; an expansion for the San Francisco Museum of Modern Art (SFMOMA) in California; and the Far Rockaway Public Library in Queens, New York.

Recent academic projects by the firm include the Ryerson University Student Learning Centre in Toronto and the James B. Hunt Jr. Library at North Carolina State University.

Snøhetta is one of seven firms on a shortlist to design the Obama Presidential Center in Chicago.