Dezeen promotion: there is still time to submit entries for the 20th annual Webby Awards, which honours the best of the internet.

Accolades are given out in categories including Websites, Online Film and Video, Advertising and Media, Mobile Sites and Apps, and Social. 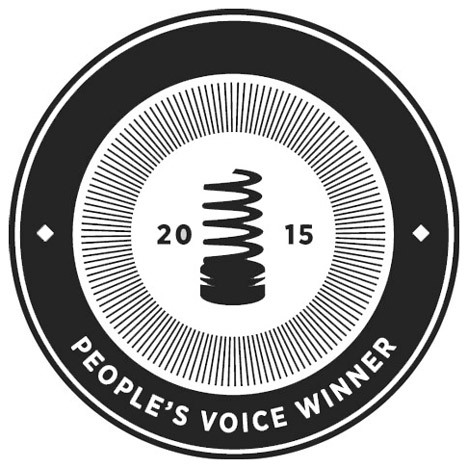 The Webby Awards was first established in 1996 and is presented each year by the International Academy of Digital Arts and Sciences (IADAS).

"We are honoured to be celebrating this significant milestone in Webby Awards history with the enthusiasm and creativity of these 20 visionaries who have played an integral role in shaping the last 20 years of the Internet," said David-Michel Davies, executive director of The Webby Awards.

"We are excited to share their thought provoking perspectives and designs surrounding the internet's impact on our daily lives."

All entries compete for the Webby Award – decided by IADAS – and the Webby People's Voice Award, which is voted for online by fans.

Last year, more than 500,000 people from more than 200 countries and territories around the world took part in voting.

Entrants for this year's awards have until 29 January 2016 to submit online. Nominees will be announced in April 2016, and the Webby ceremony will be held in Spring 2016 in New York City.