Australian architect Adrian Bonomi used a combination of blackened and pale wood to clad this summer residence for a couple who spend the winters sailing their yacht around Queensland (+ slideshow).

Bonomi's clients – a couple of retired teachers and owners of a jukebox business – had sold their large house and half-hectare property, giving them enough money to build a smaller residence and also buy a kit-built catamaran.

The house's rectilinear form is clad in lengths of black-stained cypress wood, but has contrasting unfinished timber details.

A pale wood structure cocoons the front of the blackened timber house, creating the angular roof form, while to the rear it covers the ceiling of a veranda that helps the residents make the most of outdoor living.

The building is named House In Somers – a reference to both its summer usage and its location in a town of the same name, located southeast of Melbourne on the Mornington Peninsula.

"The brief was to create a compact house for their downsizing move," Bonomi told Dezeen. 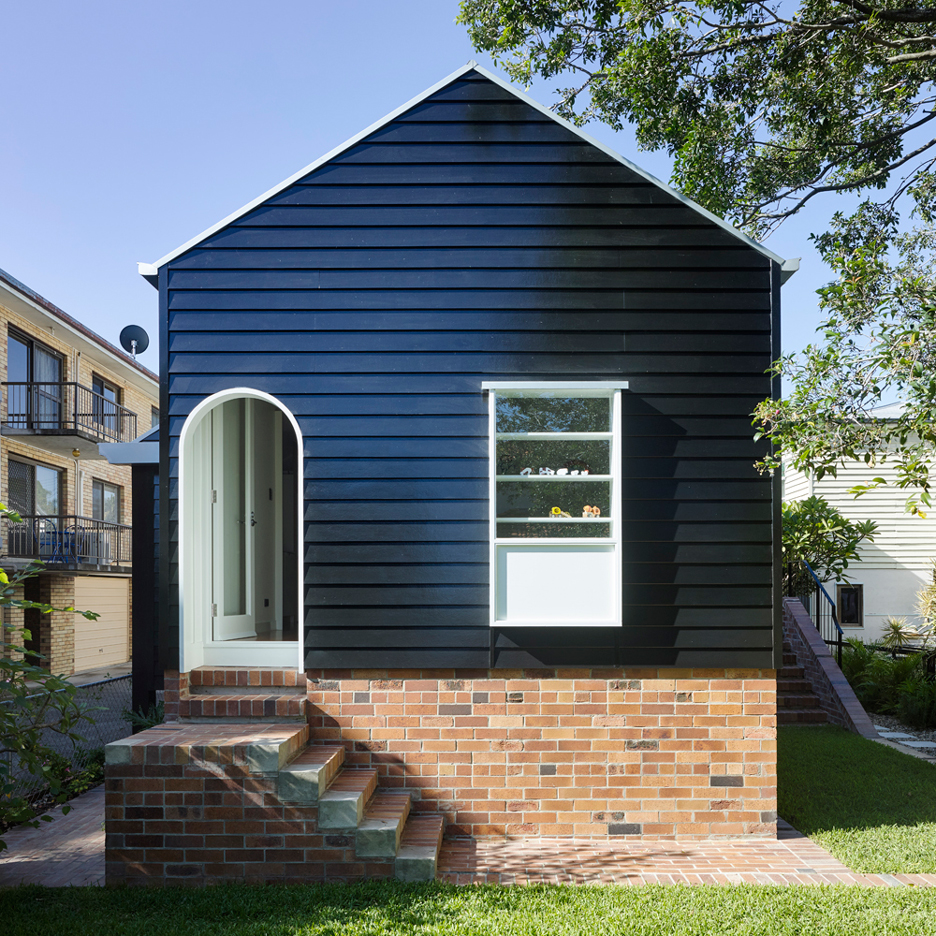 "The form of the house is about creating a small-scale facade to the street, rising to a grand scale in section in the living and master bedroom areas."

"The ceiling is raked at 10 degrees to bring light in during the winter and grey days and expel heat during the summer," he added.

The building has a reverse brick veneer construction, which involved using brickwork for just the inside layer of the facade.

This technique is becoming increasingly popular in Australia, as it can help improve natural heating and cooling, and is favoured by architects including Glenn Murcutt.

In most places the brick is painted white, although some sections are left exposed. 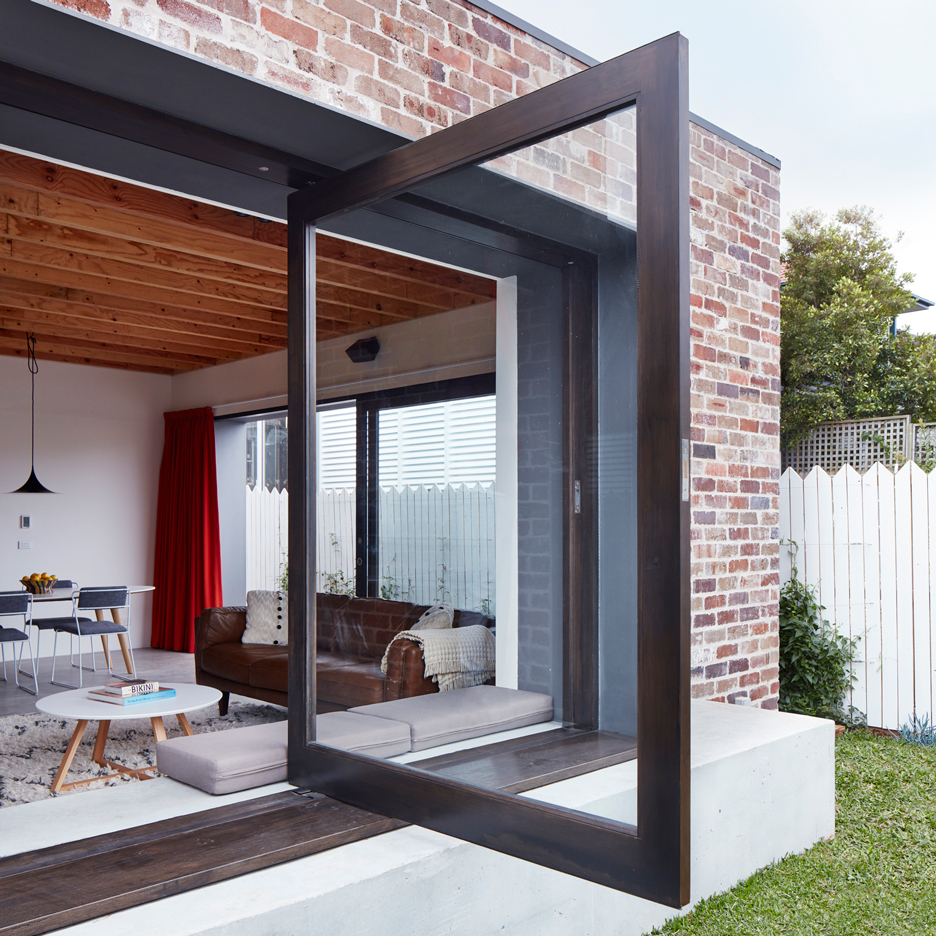 Three bedrooms, bathrooms and a studio are arranged around a central living space that opens directly onto a terrace beneath the verandah.

A strip of grey tiling visually separates the lounge and dining portions of the living area, and forms the backdrop for a suspended black fireplace.

On the terrace, a brick-lined grill is aligned with this fireplace, dividing the outdoor space also into lounging and dining areas.

"A central living zone connected to a large north-facing verandah blurs the line between a courtyard house and a traditional Australian verandah house," said Bonomi.

A workshop and garage angle from the end of the house to block views of the verandah from neighbours.