Sheets of plywood were layered on top of each other to create the ceiling of this Parisian salon, which local architect Joshua Florquin designed to represent sunny forests and natural environments (+ slideshow).

Located near Bastille, Les Dada East hair salon occupies the ground floor of a building constructed during Georges-Eugene Haussmann's renovation of Paris in the late 19th century. Three of its six walls are completely glazed, and offer a clear view of the street.

Les Dada East often hosts cultural events and exhibitions, as well as hair cuts. Along with Founder Edoardo Seghi's passion for natural hair products, this influenced Florquin's design, which "represents a forest on a sunny day".

In hope of replicating this environment within an inner-city building, Florquin created by a three-layered birch plywood hexagonal ceiling with integrated lighting, intended to represent piercing sunbeams. 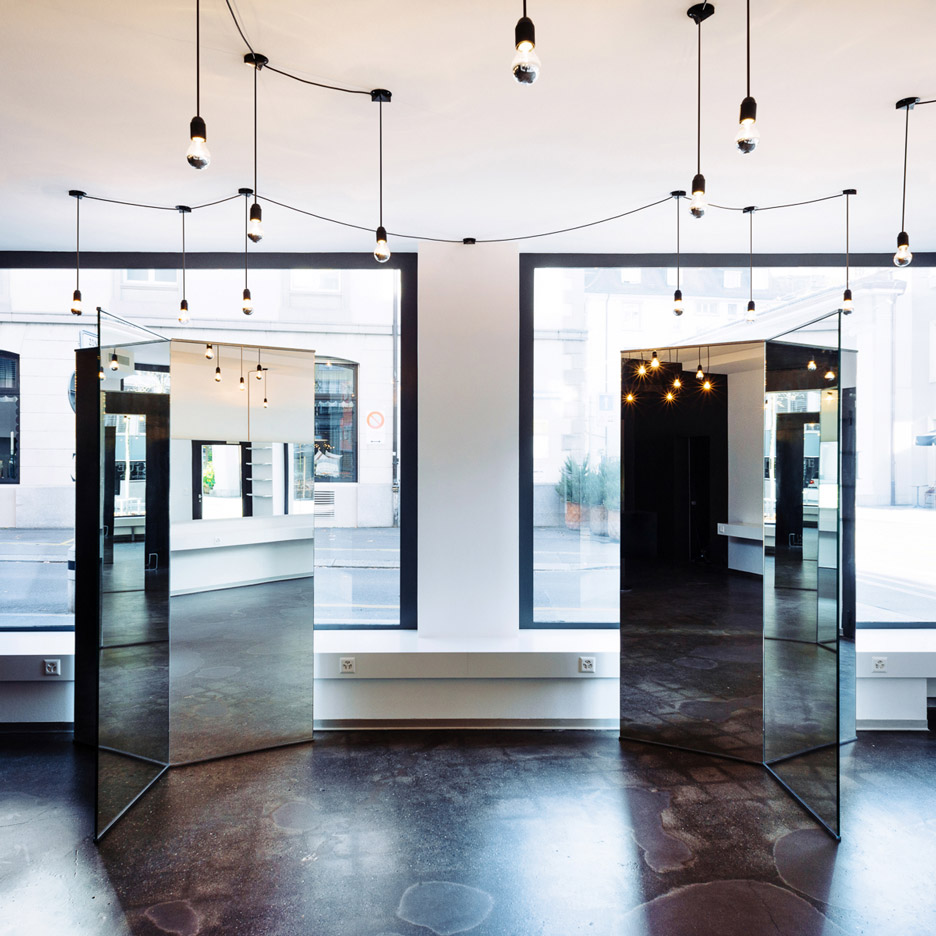 The salon is divided into three sections: an entrance with a cash desk and waiting area, a colouring area with washing stands and massage chairs, and a cutting area.

A mirrored wall has space to seat four clients, and is situated opposite the windows to visually double the space. Outside the salon, the mirrors' reflection offers a view of the ceiling to passersby.

"The concept continues to the exterior," said Florquin. "The facade is painted indigo black in order to create a contrast with the birch forest ceiling and its custom furniture elements in the interior."

"This overall concept offers the opportunity to get a haircut in a relaxing environment, inspired by the beauty of nature," he continued.

Other unusual salon interiors include a forest-like parlour where birch trees are wedged between the floor and ceiling, and a hairdressers divided by diamond-shaped partitions.