Movie: Frank Gehry's chunky wooden pavilion from 2008 is the subject of our next exclusive video with Serpentine Gallery director Julia Peyton-Jones.

Part-amphitheatre, part-promenade, the pavilion featured terraced seating along two sides of a central avenue that led up to the front of the Serpentine Gallery.

"The project was very grand and very much about the relationship with the Serpentine Gallery," Peyton-Jones says. "The central avenue framed the gallery."

Sheets of transparent glass were suspended from the wooden beams to shelter the promenade, which was used for talks and performances.

"Gehry was committed to the performative element of how the pavilion was used," Peyton-Jones says. "The inaugural concert was by Thomas Adès, the great British composer."

In one of the previous movies in our series, Peyton-Jones admits that she wasn't completely happy with the finishes on the 2002 pavilion by Toyo Ito. But by 2008, she says the quality of the construction of the pavilions had markedly improved. 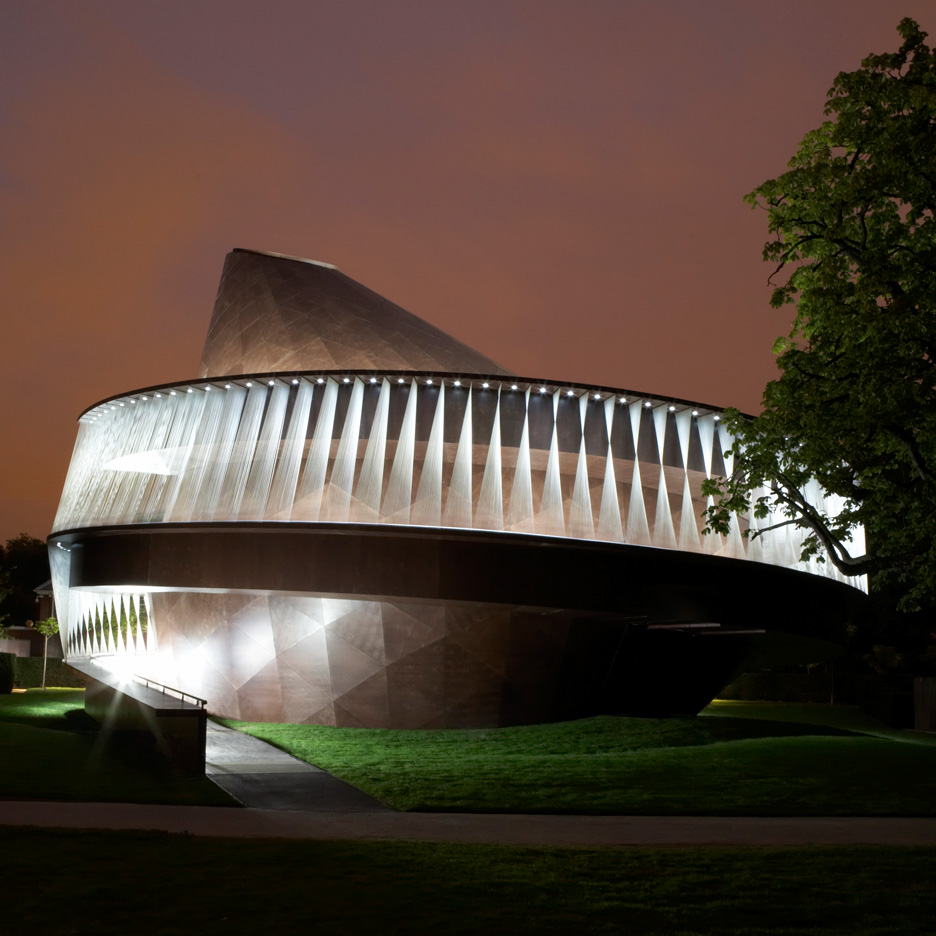 "Frank made a surprise visit," she recollects. "He walked around it and had no comment to make about the finishes and how we'd built it and that was really important. It was definitely a progression from the early days."

Despite being one of the world's most celebrated architects, Gehry has never completed a building in London. Peyton-Jones says that being able to show the work of great architects in the city – albeit temporarily – is a key strength of the pavilion programme.

"This is Frank Gehry, one of the most recognised names in the architecture profession," she says.

"It's quite extraordinary that to this day he has not completed a project in London. I think it underscores that the commission has a role to play in terms of informing and educating the public."