Feathers on the shoulders of this jacket by fashion designer Birce Ozkan ruffle up when the wearer faces north (+ movie).

Ozkan created the Augmented Jacket and a matching skirt to offer humans orientation and navigation skills similar to birds.

"Birds have built-in biological compasses to tell them which way to fly during migration based on detecting variations in the earth's magnetic field," said Ozkan. "This gives them a freedom that humans lack."

Black cockerel feathers are attached around the collar of the jacket and fully cover the skirt. Both are made from a dark cotton-based material and feature an integrated electronic compass, which is connected to motors on the end of the feathers.

When the compass detects that the wearer is facing north, the plumage is raised up by the motors to look like a bird flapping its wings.

"During my research, what I found out is that when humans lose their way, the easiest way to reorient themselves and find their way is to face north and visualise the map," Ozkan told Dezeen. 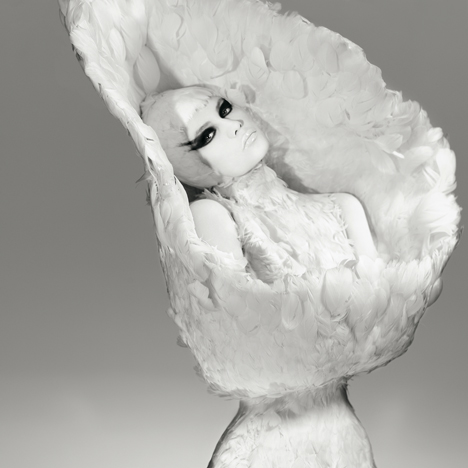 Feathers and plumage in fashion celebrated at Antwerp exhibition

"If the wearer loses their way, the skirt or jacket helps to find where is north and then when they face their body north, they visualise a map and can navigate based on memory."

Ozkan graduated from New York's Parsons The New School for Design in 2015. For her final project, she created a similarly nature-inspired digital garment: a dress that loses its fabric panels over time like a deciduous tree shedding its leaves.

The next step for her Augmented Jacket and Skirt is to link up the clothes with Google Maps so the feathers respond to programmed routes.

The feathers on the left side would flap when the wearer needs to go in that direction, and the opposite side for turning right.

"You can write down the address and then the feathers will guide you if you need to turn right or left," said Ozkan. "In that way, people don't have to be dependent on their mobile phones and can be more aware of their surroundings and allow them some experiences." 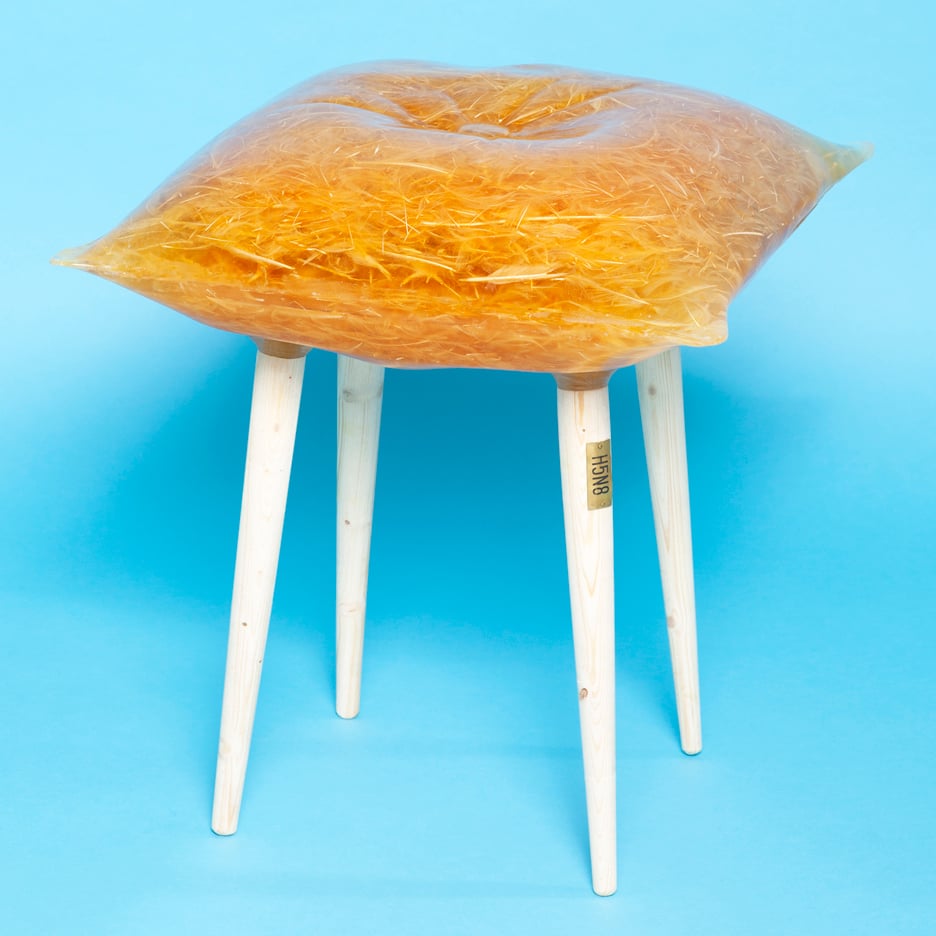 Interactive clothes can be programmed to react to a variety of stimuli using different sensors. For example, Ying Gao's pair of dresses writhe around and light up when someone stares at them, while garments by Studio Roosegaarde and V2_ become transparent when approached.

Video and photography are by Rebecca Enis.