Ingels' firm will renovate and transform an existing Art Deco building on the Parisian boulevard into a 9,000 square metre department store scheduled to open in 2018.

Galeries Lafayette said it wanted to turn the former bank building into "the department store of the 21st century".

Among the new additions will be an events space with a translucent floor that will occupy an area on one of the upper levels. A gathering space will offer views of the boulevard below, while the former bank vault will be turned into a moving image archive.

"We are inheriting a big, beautiful building that has been there for a century, so we are mostly moving around within it and playing with elements that have already been established," Ingels told industry news site Business of Fashion.

"The restoration of a concealed skylight will be treated in a modern way, not as a replication of the iconic Boulevard Haussmann cupola," he added. "We're taking that element and letting it bleed out across the store, so that the lighting behaves in a similar way as when the clouds move over Paris."

BIG won a competition for the job, beating three other architecture studios. It will be the firm's first major retail project.

"The talent, creativity and fundamentally innovative approach of BIG will allow us to build together the department store of the 21st century, totally designed to meet the aspirations of our clients," said Galeries Lafayette CEO Nicolas Houzé. 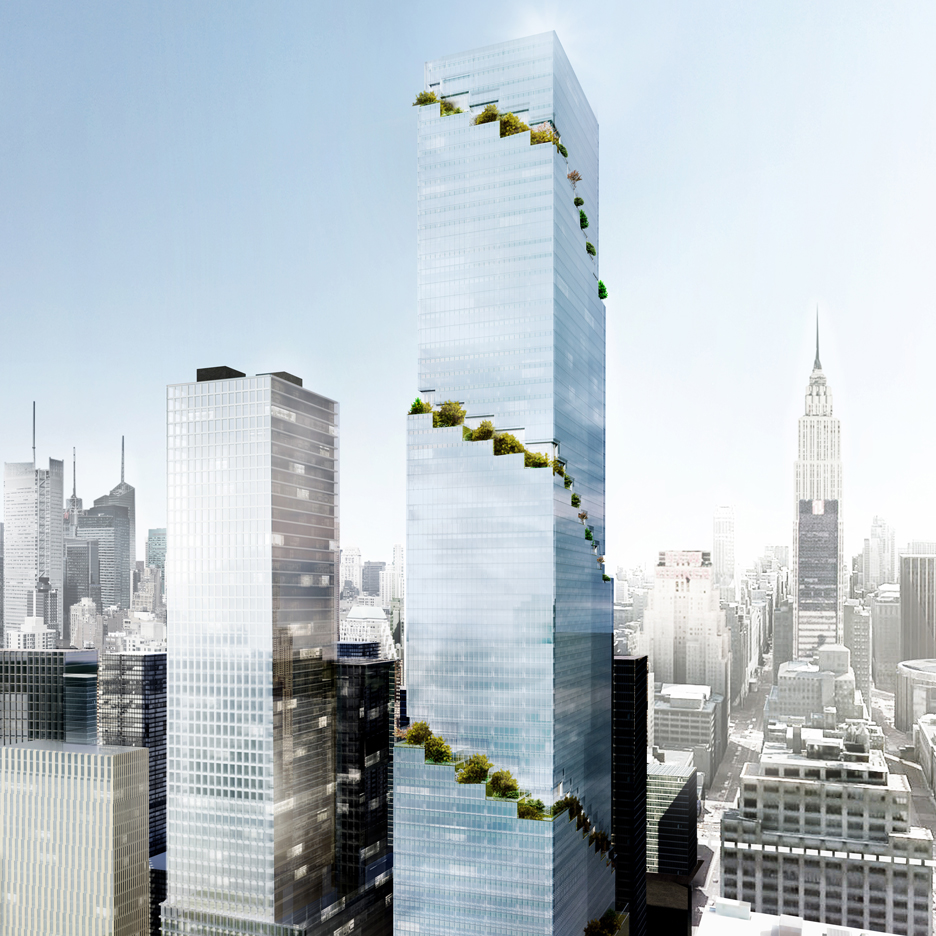 Galeries Lafayette, which was founded in 1912, currently has 62 stores. Its existing flagship is on Paris' Boulevard Hausmann.

The site of the new Galeries Lafayette flagship store was acquired by the company's co-founder Théophile Bader in the 1920s, but was sold in 1929. The current bank building was completed in 1932 and was most recently occupied by a Virgin Megastore.

The new store design by BIG will create the biggest shop on the Champs-Élysées, which connects the tourist hot spots of the Tuileries gardens and the Arc de Triomphe. Up to 300,000 people are thought to walk along the avenue each day, and it is set to be closed to traffic for one day each month under plans by Paris mayor Anne Hidalgo.

The boulevard has some of the highest rents in the French capital, and a dedicated association of shop owners who lobby for improvements, public projects, events and extended opening hours.

It has traditionally been associated with the height of Parisian style and entertainment. But over the past few decades its character has changed significantly with rents driving out independent businesses, making way for the arrival of international chain stores.

In 2007, the Paris city government attempted to stop the "banalisation" of the Champs-Élysées by blocking Swedish company H&M from opening its own megastore on the avenue. The company managed to open a store at a different address on the boulevard two years later.

2016 is already proving to be a busy year for Bjarke Ingels. His firm has been chosen to design this year's Serpentine Pavilion, and also recently unveiled it designs for a police station in the Bronx, and a 65-storey glass tower in New York City.