The London-based architecture firm created an upholstered dining chair entitled Foster 525. It features two slender panels instead of legs, and these extend upwards to form armrests. The firm previously designed a backless leather sofa for the company in 2009.

Also on show were several new versions of chairs first created by Turkish designer Sadi Ozis. The Fishnet chair – originally made from net woven between a steel framework in 1959 – features a bent petal-shaped chair and back, resting on slender metal legs.

The Burgaz chair has also been re-released, with an upholstered seat replacing its original woven seat, alongside an updated version of the Rumi chair, which features a half-moon-shaped cutout in the backrest. 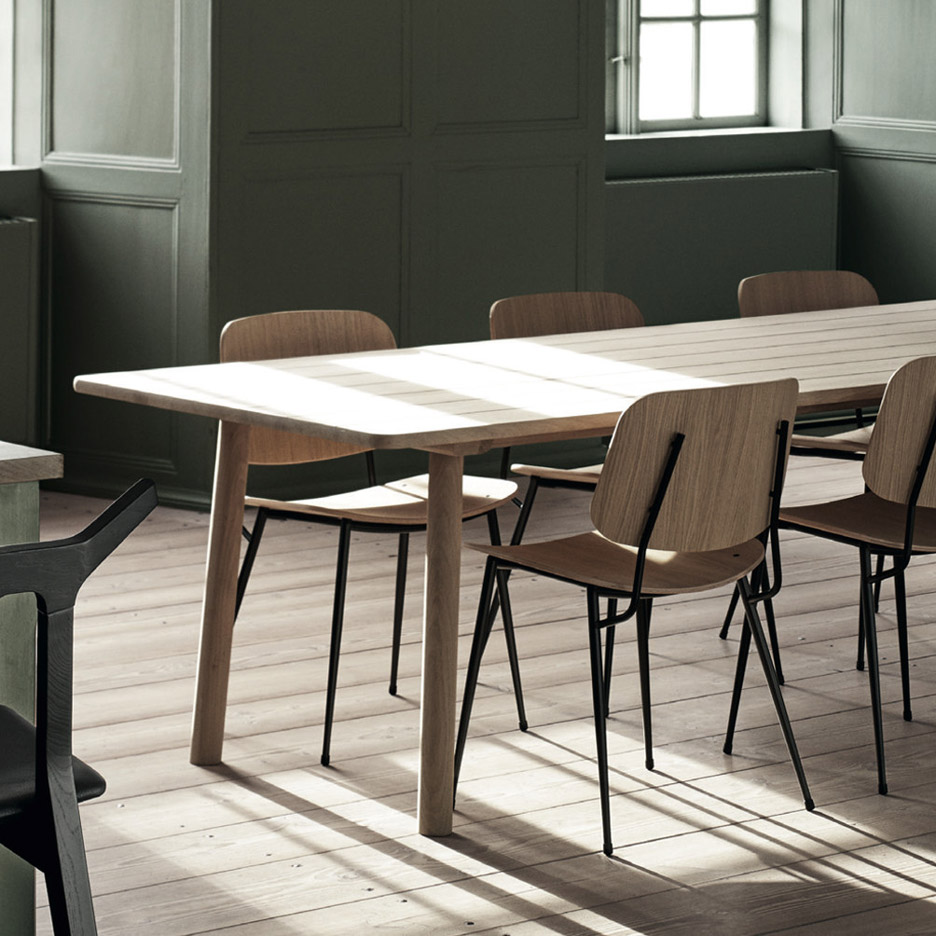 These included a new version of the 375 armchair, originally released in 1957 and described by the company as "not a chair for lolling around, but taking a seat". Walter Knoll's in-house design team has also created a new range of marble-topped tables, designed to accompany the chairs.

Other reissues include the Votteler chair, created by German designer Arno Votteler in 1956. The furniture rests on a tubular steel framework, and features armrests made from triangular panels of solid wood.

Walter Knoll has also added a new sofa and armchair to its Isanka range, created by Austrian design firm EOOS, and new editions of its Liz range of chairs, including woollen fabric with metallic threads, and a leather covered version.