New York architect Robert A M Stern has revealed designs for a condominium building in Lower Manhattan that references the massive warehouse buildings of Tribeca, and the Art Deco buildings of the Financial District and Midtown.

The 14-storey building is covered in limestone and will contain 46 units overlooking the Hudson River. 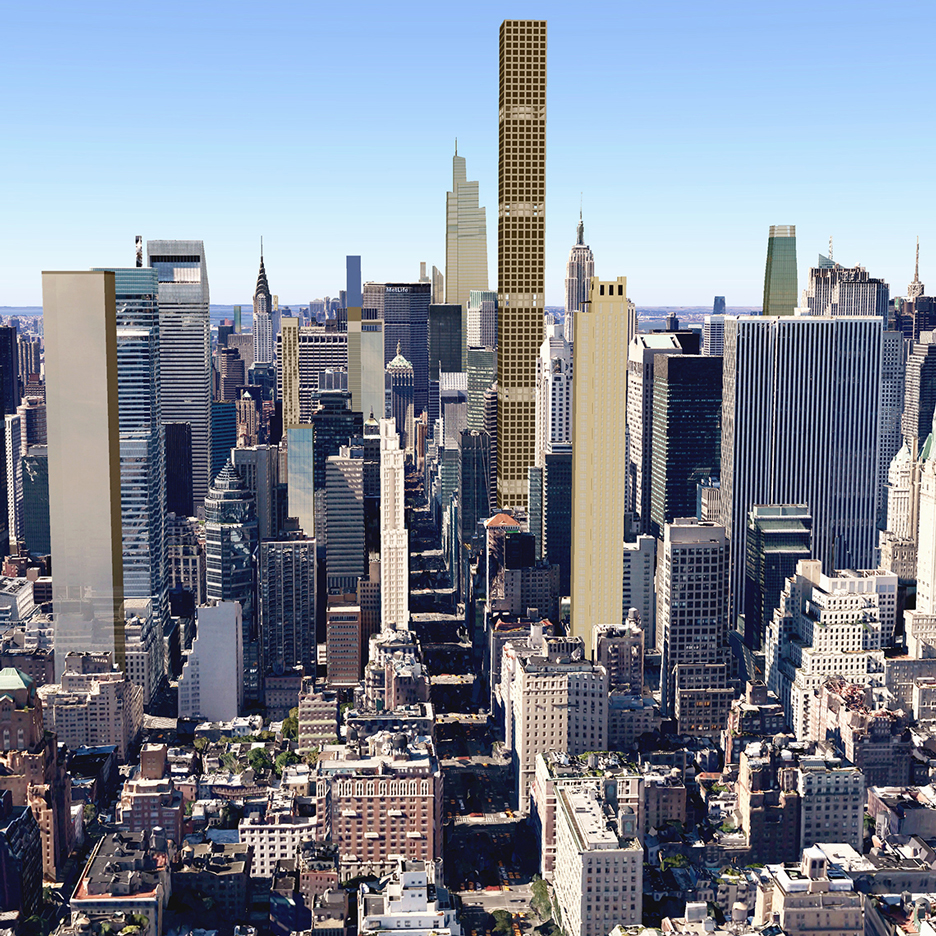 Located at 70 Vestry Street, the project is located near the northern edge of Tribeca – a wealthy downtown neighbourhood known primarily for its loft buildings, most of which have been converted into luxury residences.

The building steps back at the sixth, 12th, and 13th floors, in the "wedding cake" style of many classic New York towers.

The tiered design is a response to New York City's zoning codes, which are intended to preserve natural light and fresh air at street level.

Windows are edged with blackened steel to resemble cast iron. The Beaumaniere French limestone on the exterior was selected for its warm undertones, according to Stern.

"Limestone works more beautifully in the sunshine than any other material. With the western and southern light, the building and river will glow," Robert A M Stern told Dezeen.

Architect Daniel Romualdez is designing the interiors, which will include 12,000 square feet (1,115 square metres) of amenity spaces.

Robert A M Stern is known as one of the preeminent traditional architects in the US. He has served as dean of the Yale School of Architecture for the past 18 years, a post he will relinquish this summer.

Architect Deborah Berke was named as his successor last September, and will be the first woman to run the school.

The project is one of the latest of a string of ultra luxury buildings going up across New York, including projects by Tadao Ando, David Chipperfield, Jean Nouvel, Herzog & de Meuron, and Zaha Hadid, among others.

Luxury real estate has recently come under increasing scrutiny from the US government, as the Department of the Treasury has instituted new disclosure requirements on all-cash purchases of residential properties in New York and Miami in an effort to crack-down on money laundering.