Stockholm 2016: this steel and marble floor lamp by Berlin studio Yuue Design is adjusted by sliding a handle up and down its stem.

The Balancer lamp features a globe-shaped glass lamp on the end of a long steel rod, which is held perpendicular to the vertical pole.

A circular knob is linked to the end of the horizontal element by a curved lever. Sliding the knob up or down the stem pulls this pole and causes the lamp to pivot.

"The beauty of this thing is the mechanism itself, so you see it and instantly know how it works," said Xinyu Weng, who set up Yuue Design with fellow Bauhaus University graduate Tao Haiyue.

"We didn't try to cover the mechanism, instead, we exposed it in a straight forward and elegant way, so that there's no room for unnecessary decoration." 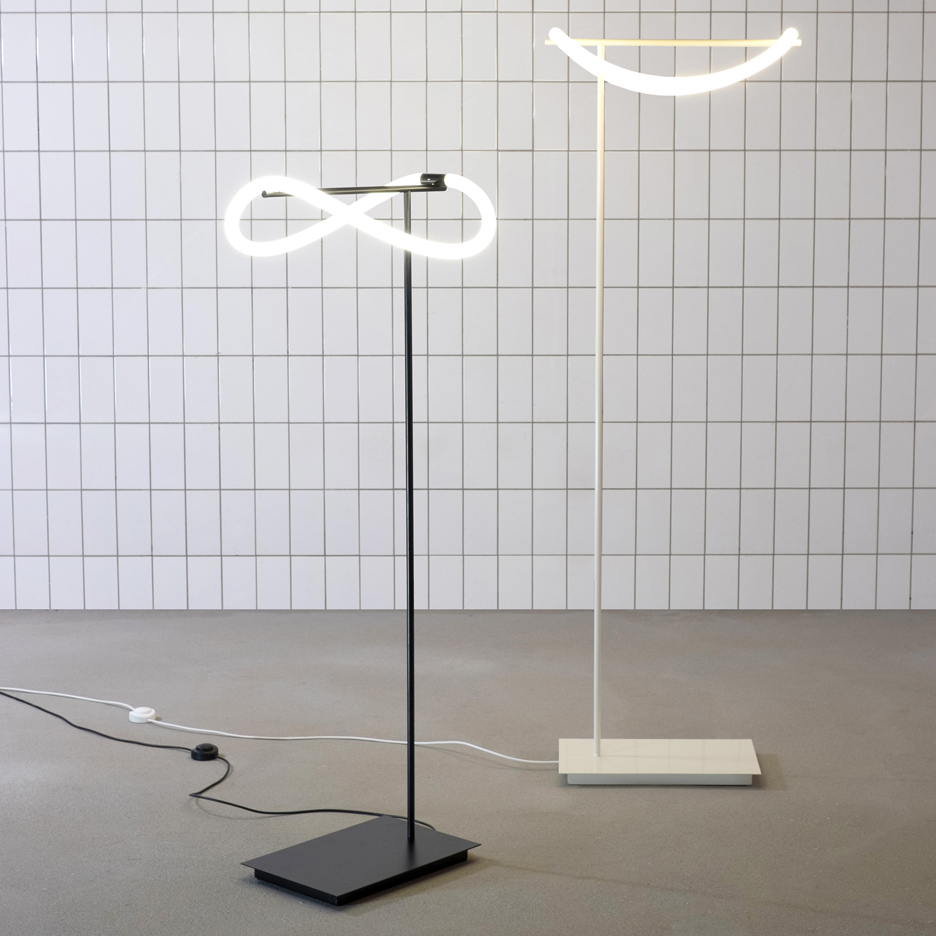 The lamp is similar to the studio's Balance table light, which only turns on when a smartphone is added to the other end of the lamp as a counterweight.

"We wanted to have a more functional lamp with similar principle – which should be the focus of the product and also make up the beauty of the object," Weng told Dezeen.

The Balancer lamp rests in a cylindrical base of marble – chosen by the designers to "bring some natural beauty" – and comes in either white or black.

Currently in prototype stage, the light made its debut as part of the Greenhouse section for emerging talent at this year's Stockholm Furniture Fair, which took place from 9 to 13 February 2016.

French designer Inga Sempé also unveiled new lighting at the fair, with a translucent table lamp and a taller version of her previously launched w103 light for Swedish brand Wastberg.