Muf – a female-led collective working across art and architecture – is adapting an 18-metre-long cargo boat to create a mobile residence for artists that will tour the waterways of northwest England over the next two years.

Spearheaded by Idle Women, a new organisation that commissions female artists, the project is intended to encourage women and girls across the country to engage with contemporary art.

"We initially thought of Idle Women as a retreat, a place to recover and restore," explained co-founders Rachel Anderson and Cis O'Boyle, "but as the idea grew we realised that what we want is to create a space that both restores and activates, somewhere that inspires and grows our creative ambition."

Muf directors Katherine Clarke and Liza Fior envision the boat as "a shapeshifter" that will adapt to suit a variety of resident artists, starting with themselves.

They see the boat as a "base camp" for both the resident artist and Idle Women, and expect its activities to expand into the surroundings of each temporary location. 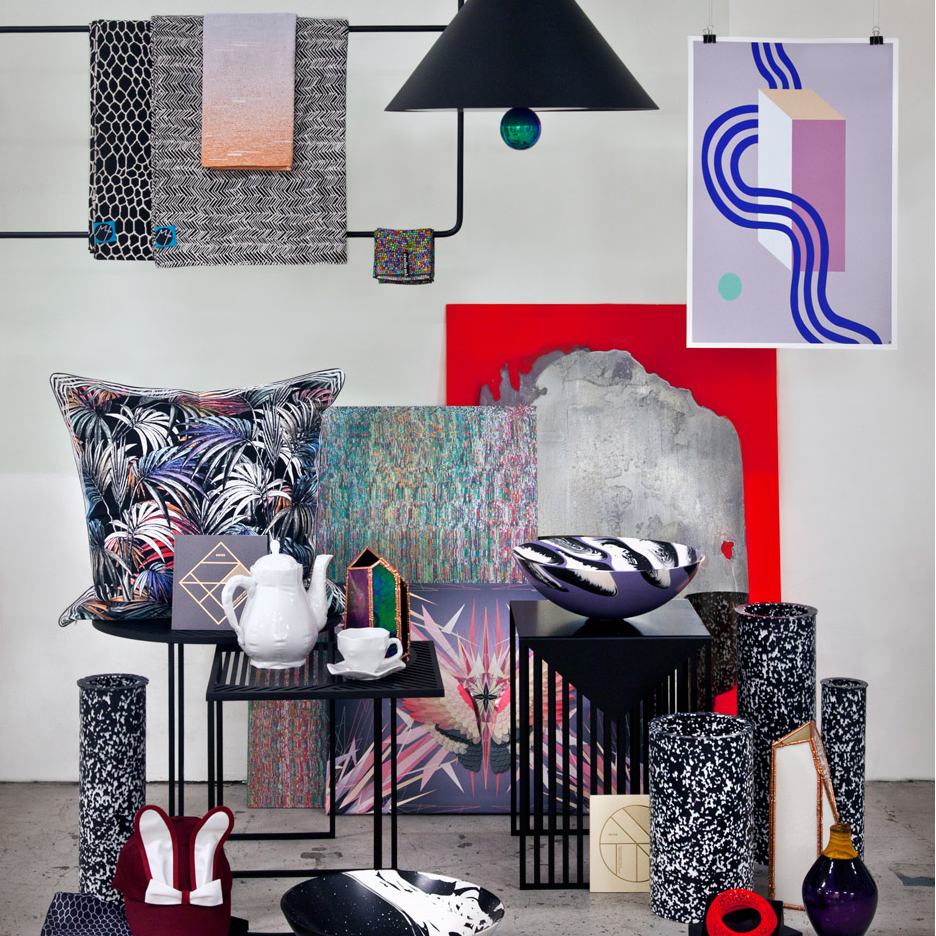 "This is an arts centre that is as long as the canal on which it travels, gathering rooms where it stops," Fior told Dezeen. "Every three months there is a different artist in residence, so elements will be added to the boat specific to their work and needs."

"This boat could be said to be deliberately 'not big enough', so the activities of Idle Women will expand onto the towpath and beyond, by making allegiances and borrowing spaces," she added.

Before handing the boat over to Muf, Idle Women stripped it back to create a blank canvas. Described by Fior as "handsome and enigmatic", it features an undecorated exterior, and a bare but light-filled interior. 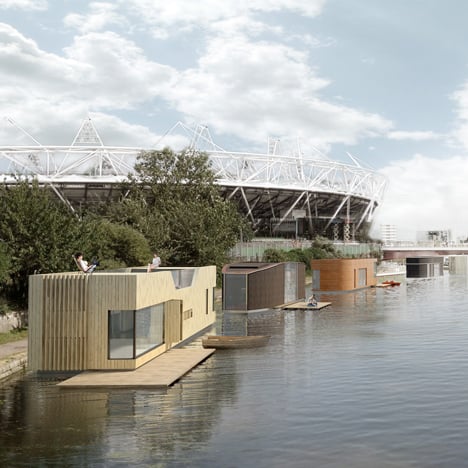 One of the teams' first interventions will be to add a stained glass window with a sheela na gig – a term used to describe a figurative carving of a naked women with an exaggerated vulva.

They are also building several bespoke furniture elements, including bench seating and a sheltering canopy.

The boat departs from Burnley today and will initially be moored in Blackburn, where it will host Irish artist Martina Mullenay, along with her daughter and her dog.

It will later move to places including Dewsbury and St Helen's, and will be occupied by multi-disciplinary artist Karen Mirza and performer Mojisola Adebayo, among others.

"Our role was to re-describe the boat as a building with a footprint which changes over time," explained Fior. "It is a typical Muf project in that we have, in some senses, only just started."

Named Idle Women on the Water, the project launches today to coincide with International Women's Day – a global event to celebrate the social, economic, cultural and political achievements of women everywhere.

The organisers foresee the project helping to forge ties between numerous women's organisations, including the Humraaz women's refuge, which is already involved.

It is conceived in partnership with the Canal & River Trust, as well as three groups funded by an Arts Council England programme: Super Slow Way, Heart of Glass and Creative Scene.

Muf has previously worked on numerous community focussed projects, including the regeneration of outer London areas such as Barking and Hackney Wick Fish Island. The studio curated the British Pavilion for the 2010 Venice Architecture Biennale, which included a wooden 1:10 scale model representing a portion of the London 2012 Olympic stadium.