Engineering firm Ney & Partners and architects office William Matthews Associates have been selected to design a bridge for the historic English castle village of Tintagel where, according to legend, King Arthur was conceived.

Located on the Cornish coastline, the £4 million bridge will provide a new pedestrian crossing between Tintagel Castle and the adjacent headland, which once were linked but have separated as a result of erosion.

Brussels-based Ney & Partners and London-based William Matthews propose a slender structure, supported by two cantilevers that together form an arch.

Its decking will be slate, while its structure will be created using steel, including some pre-rusted elements. The aim is create a variety of textures that allows the bridge to sit comfortably in its rugged coastal setting.

"We believe the experience of visiting Tintagel Castle is all about discovery and revelation, so it is important to us that our bridge lets the majesty of the site do the talking, that it is not too intrusive," said Laurent Ney, managing director of Ney and Partners.

The castle that stands at Tintagel today was built in the 13th century, but the site has been has been inhabited since at least the late Roman period. In the 12th century, Tintagel was named as the place of conception for King Arthur, the legendary ruler said to have led Britain's defence against Saxon invaders in the late fifth and early sixth centuries. 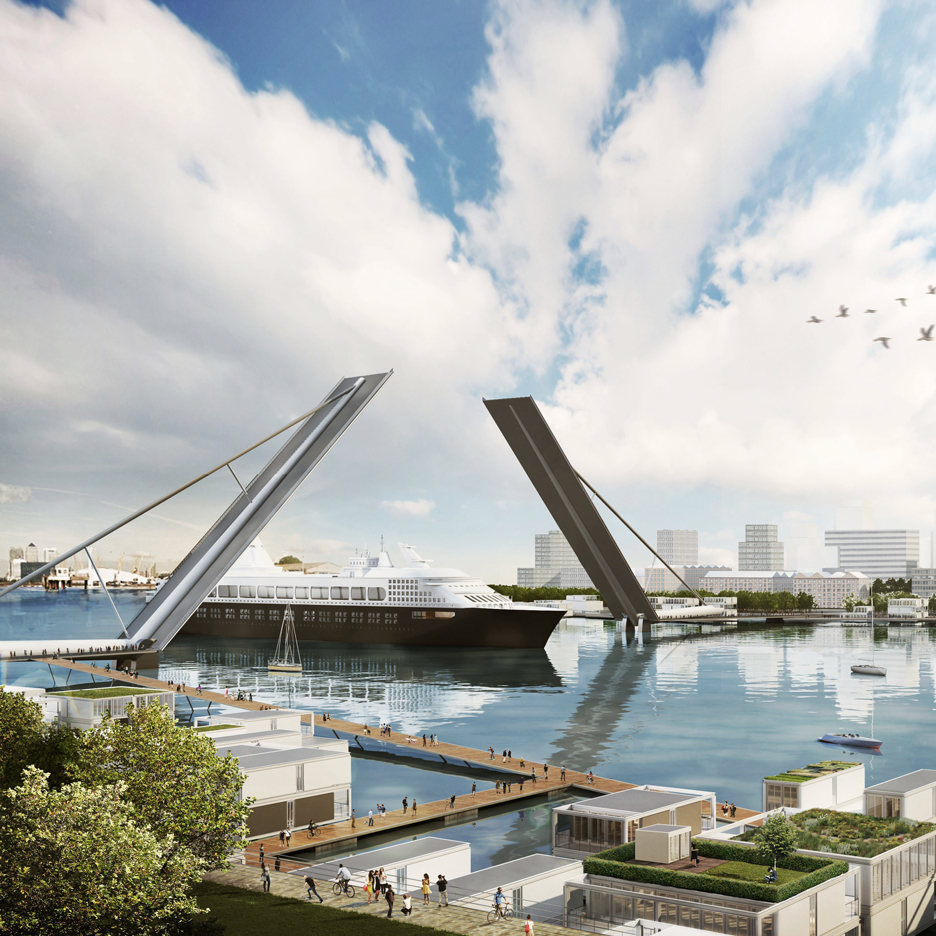 The new bridge references the site's rich history by combining elements of historic Celtic structures with the design of Tintagel Castle's original drawbridge.

"Just as a good art museum recognises that the art is greater than the building so the new bridge needs to make the visitor's reading of Tintagel – its history and cultural power – as strong as possible," added Ney.

The proposal was selected by a panel of judges led by Allies and Morrison director Graham Morrison, who described it as "a strong and confident concept design with a thoughtful geometry".

It was selected ahead of four other shortlisted teams, including London Eye designer Marks Barfield and Gardens by the Bay architect Wilkinson Eyre. 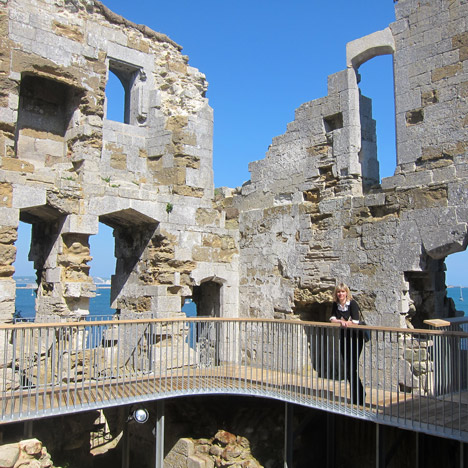 The team will now work with nonprofit organisation English Heritage to develop the final design.

It will be built 28 metres higher than the existing bridge, to "complement the spectacular landscape and unlock for the visitor the history of the site," according to English Heritage chief executive Kate Mavor.

Other projects spearheaded by English Heritage include the new visitor centre at prehistoric stone circle Stonehenge and a stone cafe in the grounds of 18th century villa Chiswick House.