An assortment of different pathways encourage pedestrians to "wander and get lost" on this bridge in Tehran, designed by Iranian architect Leila Araghian (+ slideshow).

It is currently the largest pedestrian bridge in Iran, connecting Abo Atash Park on the west to Taleghani Park on the east, across a busy highway.

The structure comprises three levels that follow a curved path, and which are connected by various ramps and stairs.

"From the very beginning the concept was to have a spatial structure large enough to create an architectural space, while at the same time acting as the structure," explained Araghian, who was just 26 years old when she designed the bridge.

"It is intended to be a place to linger rather than just one to pass through, and to act as an extension of the parks."

Tabiat Bridge is located in a northern area of Tehran known as Abbas Abad, which was originally planned as a housing area for various branches of the military, but has become a destination for libraries and museums. 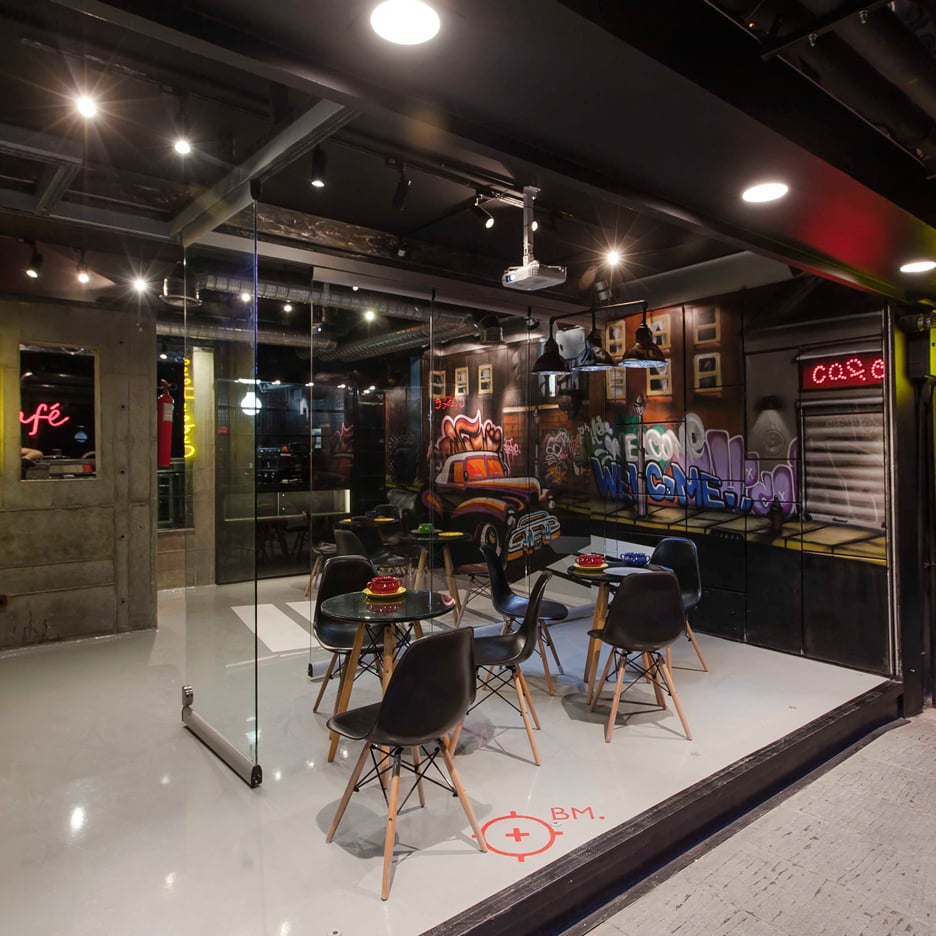 The bridge has a bulky, steel truss structure that gives it a weighty appearance on the skyline. Multi-branch columns, designed to look like trees, provide support.

The wooden decks follow a gentle S-shaped path, to "create a sense of mystery about the destination", and the widths vary from six to 13 metres.

"There are multiple routes from one point to the other, encouraging pedestrians to wander and get lost on this bridge," added Araghian.

The bridge is one of numerous new public infrastructure projects spearheaded by Tehran mayor Mohammad Bagher Ghalibaf, who is reported to have invested greatly in improving the city's environment.

This, coupled with the gradual lifting of economic sanctions, is paving the way for a generation of young architects to find work both in the city and abroad. For example, a pair of Iranian architects recently won a competition to design a support centre for lung cancer sufferers in Poland.

Other recent examples of contemporary architecture in Iran include an apartment block with pigeonhole-style windows and a house with a shape-shifting facade.

Photography is by Mohammad Hassan Ettefagh.

More architecture and design in Iran