Tech giant Apple has been granted a patent for a keyboard that abandons traditional keys in favour of a "force-sensitive" sheet that could function like an oversized trackpad.

Apple's document describes a metal layer that "flexes imperceptibly" in response to touch. Separate raised keys could be replaced with a grid of holes that would be lit from underneath, to show individual key boundaries and letters.

By removing individual components, the patent suggests the input device would be less susceptible to damage by accumulated debris or being dropped.

The document also says that the element would allow for various input areas, which could be customised according to the needs of the user.

The move has prompted critics to question whether Apple plans to "kill the keyboard" completely.

Apple described the keyless solution as "zero travel", compared to the current set up of components operating separately from one another. 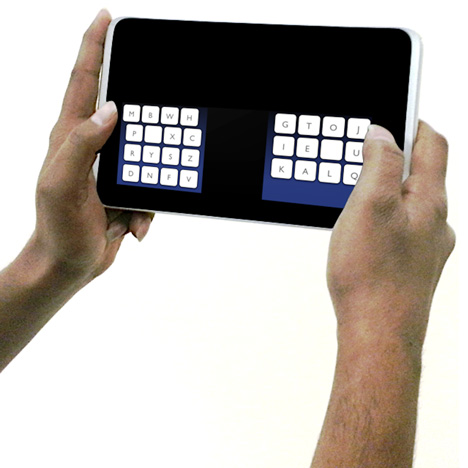 Diagrams included with the patent show the keyboard applied to a MacBook, however the document suggests the technology could also be configured for other suitable electronic devices including tablets, smartphones, gaming devices and wearable displays.

In early 2015, Apple was granted a patent for a wireless headset that would allow users to mount their iPhone in front of their eyes.

The company came under fire in March, when design critic Alice Rawsthorn launched a scathing attack on its collaboration with fashion house Hermès, while its co-founder criticised the Apple Watch as a move "into the jewellery market".