Products in the Atelier Swarovski Home range from vases, bookends and candleholders to an architecturally themed chess set, and have been launched to "address a global interest and customer demand for design objects within the home".

Zaha Hadid, who died suddenly last month, has contributed a crystal and metal centrepiece composed of several conjoined curved columns that reference "the process of crystallisation occurring in nature".

The architecture and design community has been paying respects to the architect since her death, and many of Hadid's products are on show during this year's Milan design week.

London design studio Raw Edges has created a set of bowls that mark its first collaboration with the brand. The pieces are made using a laser-jet crystal printing technique, and feature coloured hatched patterns on the interior that are warped by the surrounding crystal.

Frederikson Stallard has designed centrepieces in the form of faceted candleholders, vases and bowls, based on the shapes of raw crystal, and Aldo Bakker has produced vases made with contrasting crystal and marble sections. 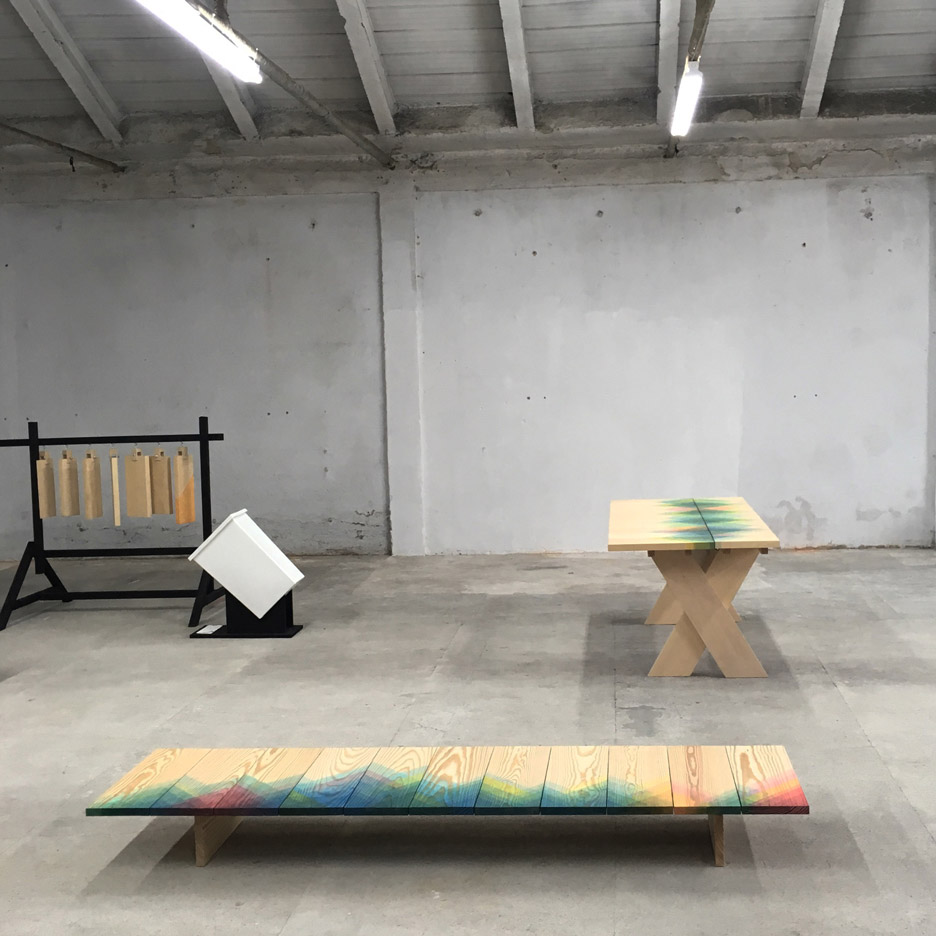 Architect Daniel Libeskind's chess sets include pieces that reference his own buildings. Boards are decorated with maps of Milan and New York, and the miniature architectural models are made from concrete, marble, silver and crystal.

Ron Arad has based his set of letter and number-shaped bookends on a new font created for the collection, while Tord Boontje has contributed lanterns, wine coolers, bowls and a caviar set.

Each of the pieces features surfaces made of scattered crystals, which apparently reference star formations and space photography.

Other highlights from Milan include Patricia Urquiola's cabinets with stained glass doors for Credenza, and a collection of zigzag-patterned wooden furniture by Raw Edges. Follow Dezeen's #milanogram16 hashtag on Instagram for updates from the event, and check out our guide to 10 unmissable installations and exhibitions during Milan design week 2016.