Milan 2016: British designer Sebastian Wrong's new lighting brand has launched with a collection that includes a task light by Pierre Charpin and a range of lamps with interchangeable patterned shades (+ slideshow).

Wrong set up the Wrong London brand in collaboration with Hay, and debuted its first collection at the Danish brand's Milan design week exhibition yesterday.

"It is a great time to do lighting because of technology," Wrong told Dezeen. "I think there is a lot of room for exploration, research and development in lighting, in the industry, whereas in other industries, it is a little crowded."

Wrong London is an "evolution" of Wrong for Hay, the three-year-old collaboration between the designer and Hay, which will be sold through the brand's stores and use its distribution infrastructure.

"We decided that we wanted to put all our energy into lighting, because lighting is such a complicated subject that is very important to get right," Hay co-founder Rolf Hay told Dezeen. 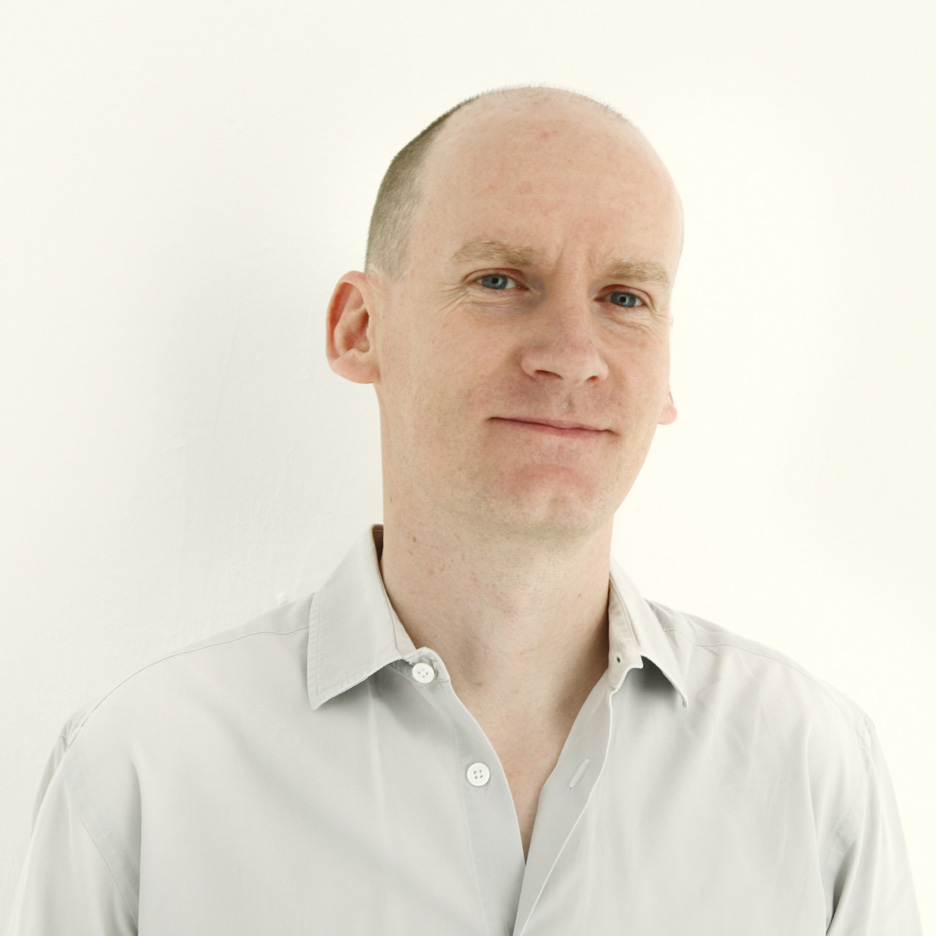 Wrong is one of many designers who has chosen to set up their own brand, rather than create products for others. Both Stefano Giovanonni and Matteo Thun are launching brands during this year's Milan design week.

Lighting products developed under the Wrong for Hay name have become part of the new brand's debut collection, as well as four new products.

Charpin's new PC light has a simple round polycarbonate head, while the base and arm are made from aluminium.

"Sebastian decided to introduce the idea of articulation and to use gas springs for that, so I decided not to show the technology so the project is very simple and friendly," Charpin told Dezeen.

The light has an integrated touch dimmer switch with a memory so the light turns back on to the same brightness setting, and it also automatically turns of after six hours. The PC light is currently available in black, light grey and yellow.

"We are working on the range," Wrong told Dezeen. "We're working on a clip, a wall version and a floor version. So it will be a really big family."

Dutch designer Johan van Hengel has created a series of wooden lamp shades for the brand, which are made from three layers of stained and varnished veneered oak.

"I found that if I cut the veneer in line with the grain, and if I bent it together, the grain would match up and you'd get this beautiful continuous wood grain," van Hengel told Dezeen. "It looks really natural but it is actually engineered."

His 30degree design is available in green, orange and natural versions, and three different sizes.

Wrong collaborated with 170-year-old Dutch textile brand Vlisco for another design in the collection.

"There is a really interesting history to this company," said Wrong. "It has a £400-million turnover selling cloth to Africa. The distribution and sales network is exclusively run by women in Africa and it has carried on through the generations."

The first is the simple stretched fabric Drum Shade, while the Accordion Shade has a removable pleated "skirt" that covers it. The covering can be bought separately making it "affordable and versatile".

"What I am planning to do for the lighting collection is have a really big range of basic shades, the bread-and-butter," Wrong told Dezeen.

"I want the brand to be very diverse, I would like it to range from some very serious task lights, like Pierre's, that is very technical and very dry, to something that has a very rich history and diversity, with colourful, punchy graphics," he added.

A simple hanging marble light has also been designed by the Wrong London team, which is made from Indian marble and available in three colours. The GX53 Megaman LED bulb is easy to change and long-lasting.

Other designs in the collection include Joel Hoff's table lamp that can be adjusted by rotating the base, a light with a composite paper shade by Bertjan Pot and a directional table lamp by Lars Beller Fjetland.

A floor lamp by Stefan Diez with a rope-like detail to direct the shade is also part of the collection, as is a die-cast aluminium clip light with a faceted shade by design duo SmithMatthias.

The new Wrong London collection is on show as part of Hay's exhibition at La Pelota for Milan design week, which ends on 17 April 2016.

Hay have created 10 sunken rooms for their exhibition, which showcase a range of existing and new products including a flat-pack sofa by the Bouroullec brothers.