Swedish furniture giant IKEA is set to release a lightweight bicycle tailored for city environments, designed with a rust-free belt to replace the traditional bike chain.

According to the company, the aluminium bike will require little maintenance, and has been designed to "make life as easy as possible for the user".

The model features a matte grey frame, and was created by Oskar Juhlin, Jan Puranen and Kristian Eke from Swedish studio Veryday Design.

The driving belt has been designed to be rust resistant, and gears are concealed in a rear wheel hub. Handlebars are adjustable and buyers can choose between 26 or 28-inch wheels. IKEA has said the bike is suitable for anyone above the age of 12.

A "click system" will allow racks and bike bags to be added – although the precise mechanism is currently unclear – and the company has also designed an accompanying two-wheeled trailer that can be attached to the back wheel. 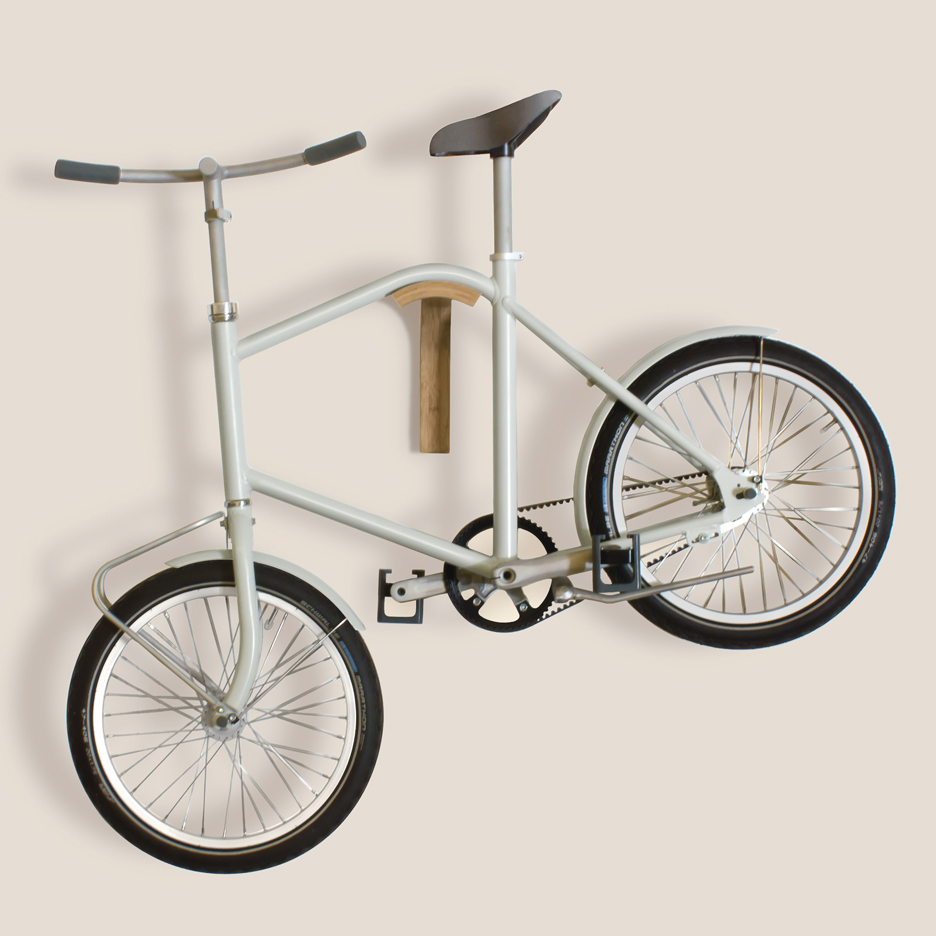 The bike has received a Red Dot Design Award for best product design, and has also been named Best of the Best in the award's groundbreaking design category.

The Sladda isn't the company's first cycle. It launched an electric bike in selected Austrian stores in 2014 – although the model no longer appears to be available. Its latest attempt to crack the market follows on from IKEA sustainability chief's comments that the world had reached "peak home furnishings".

Dezeen has covered several other less conventional cycle designs, including a prototype that would partially fold up for apartment storage, and a model with a frame made from concentric wooden rings.