Fukasawa's wooly chair is a special edition of his 2009 Grande Papilio armchair, and features a tall winged back and an accompanying footstool. The furniture will be available in only 50 numbered versions.

The Japanese designer has also created a set of new chairs, which come as plastic shell or upholstered versions, and rest on four-spoke bases. The Papilio Shell seating features aluminium armrests, and a winged-back design echoes the form of the Grande Papilio armchair. 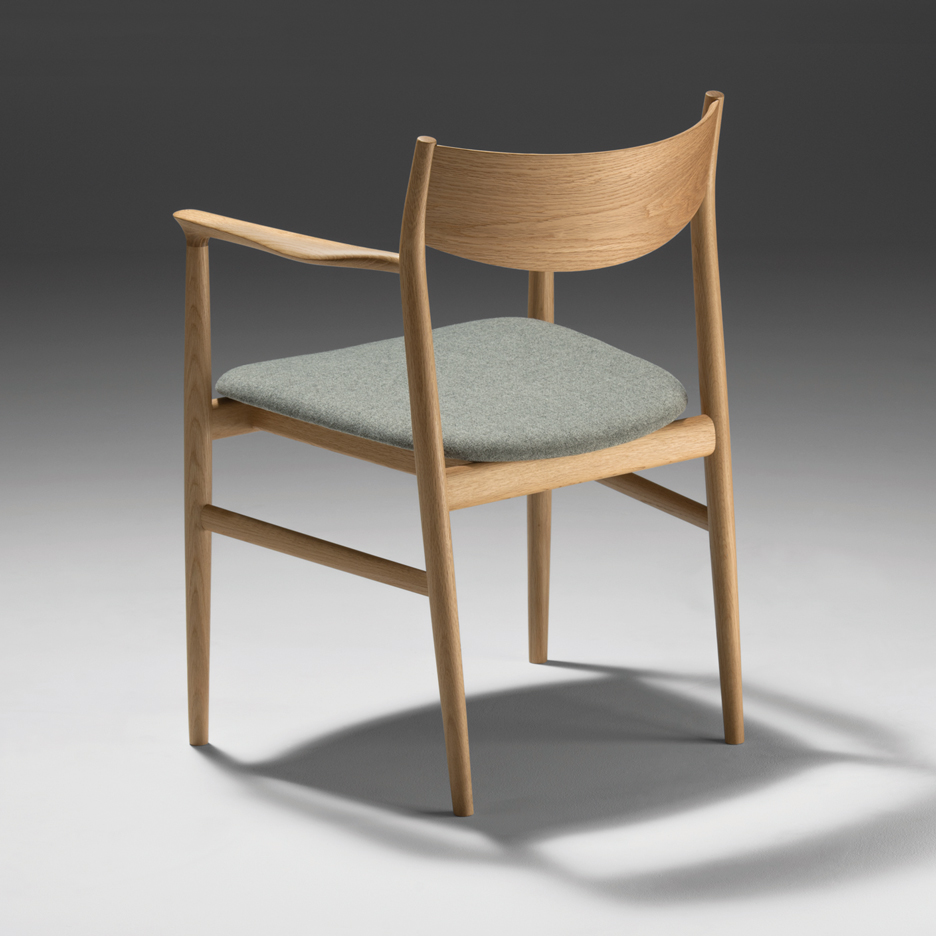 The chairs are available with caster-covered legs for indoor use, or as a stackable outdoor version with stainless steel supports.

Also for the anniversary, Doshi Levien designed a trio of foot stools in oval, square and triangular shapes, which have been created as mix-and-match furniture.

"Resembling primeval marine creatures or large unicellular animals, they are designed to form archipelagos in the centre of a room or become the natural continuation of sofas and armchairs," said B&B Italia.

The poufs are covered in either fabric or leather, and feature a central dimple created by an oversized button. Doshi Levien has also created a small armchair, made from a pair of leather or fabric-covered panels, and named Do-Maru after the leather plates worn by samurai warriors as armour.

The chair is supported at the back with a pair of V-shaped legs, while the front of the seat rests on tubular metal legs placed at either side of the seat.

Doshi Levien's Maru table is another addition to B&B Italia's collection, and features a glossy round tabletop supported by a trio of die-cast aluminium legs. The table comes in two sizes, with the smaller table available in 16 colours, and the larger table in glass, wood or marble versions.

The studio also partnered with the furniture brand back in 2014, when it designed a lounge chair based on memories of a trip to the Himalayas.

B&B Italia was founded in 1966, and counts products by designers including Patricia Urquiola and Barber and Osgerby in its portfolio. Last year the brand was acquired by Italian investment firm Investindustrial, with the aim of expanding its international business.

This year's Salone del Mobile took place from 12 to 17 April 2016, when new collections by Glas Italia, Normann Copenhagen and Vitra were also launched.

Also during the week, Moroso celebrated 25 years with Ron Arad with an exhibition of his designs, Magis presented a design for its 40th birthday and Gufram put on a showcase of its iconic products to commemorate its half century.