British designer Thomas Heatherwick's elevated park over the Hudson River has been given the go ahead by planners and will start construction this summer.

The 2.7-acre Pier 55 has been given final consent by the US Army Corps of Engineers, the Hudson River Park Trust announced last week, after the project overcame a lawsuit earlier this year.

Located 50 metres off the Chelsea shoreline, the island will connect to the esplanade via two angled walkways.

Working with landscape architect Mathews Nielsen, the team has envisaged a series of meandering pathways, pockets of trees and a series of viewing platforms.

"The pier will be a place of discovery, where visitors can wander and wonder, finding something new around every corner: places to lounge, eat lunch, or just lie in the grass," said Heatherwick Studio, which is also working on the controversial Garden Bridge for London. 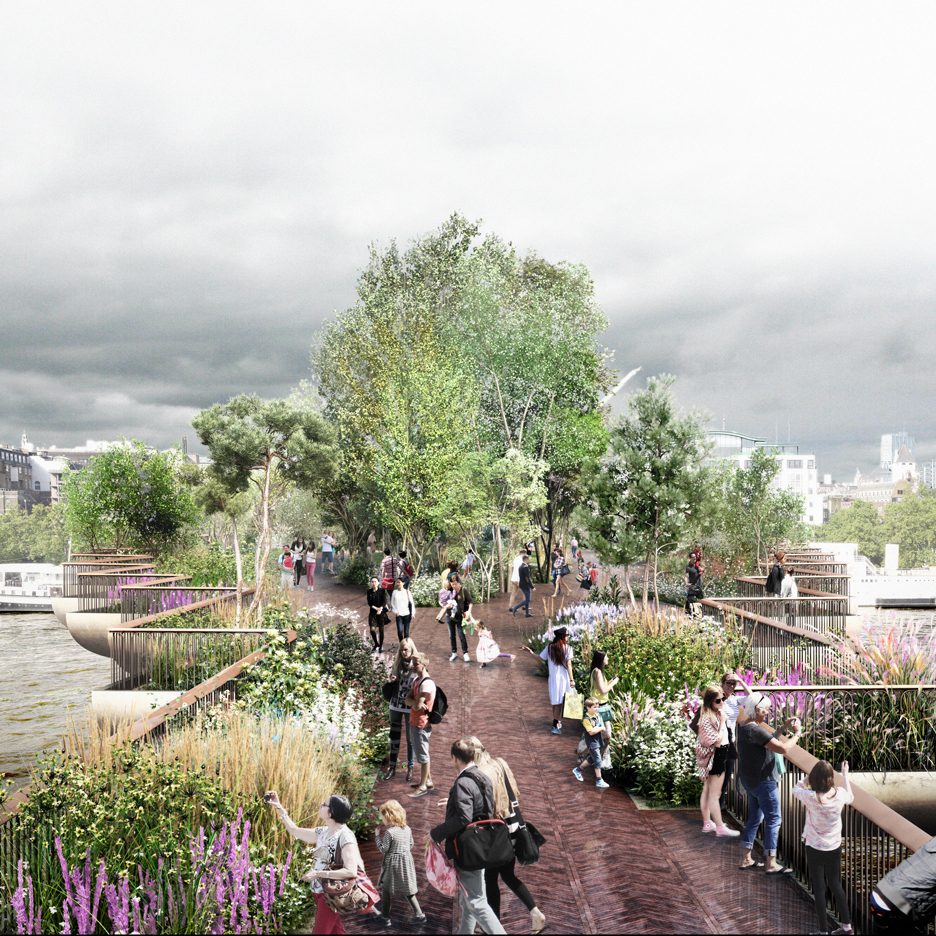 The Pier 55 park is also proposed as a performance venue, and will include a 700-seat amphitheatre for music, dance, theatre and public art.

The project is being funded by media mogul Barry Diller and fashion designer Diane Von Furstenberg.

The couple has pledged $113 million (£77 million) towards construction, and set up non-profit organisation Pier55 Inc with film and theatre producer Scott Rudin to operate and manage the cultural programme.

In June 2015, civic organisation City Club of New York filed a lawsuit to block the project until it underwent an environmental review and received state approval.

But a judge threw out the case in April 2016 and the plans were signed off by US Army Corps of Engineers – New York's environmental conservation department – allowing construction to commence. Completion is scheduled for 2019. 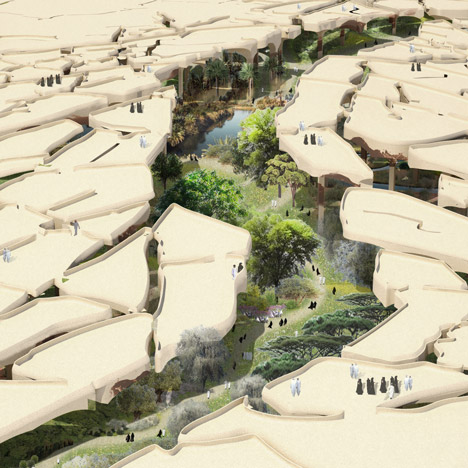 "I'm so glad we can get back to the work: that of building a great park and performance centre for the people of New York and all those who come to visit," said Diller after the ruling.

The design was first unveiled in November 2014, and is among a number of landscape-focused projects proposed by Heatherwick. Along with the Garden Bridge, which appointed a building contractor in March 2016, the designer's studio has also unveiled a "sunken oasis" for Abu Dhabi and a housing development covered in trees for Shanghai.