New York 2016: Chinese designer Zhoujie Zhang has created a series of mirrors, using the results of computer algorithms based on the natural movements of water (+ slideshow).

Mashing Mesh is part of the Shanghai-based designer's ongoing research into parametric design, which puts algorithms or rules at the centre of the design process.

The series consists of five wall mirrors. Each one aims to mimic the unpredictable flow and transition of water in the style of a triangular mesh, which is a type of modelling used in computer graphics. 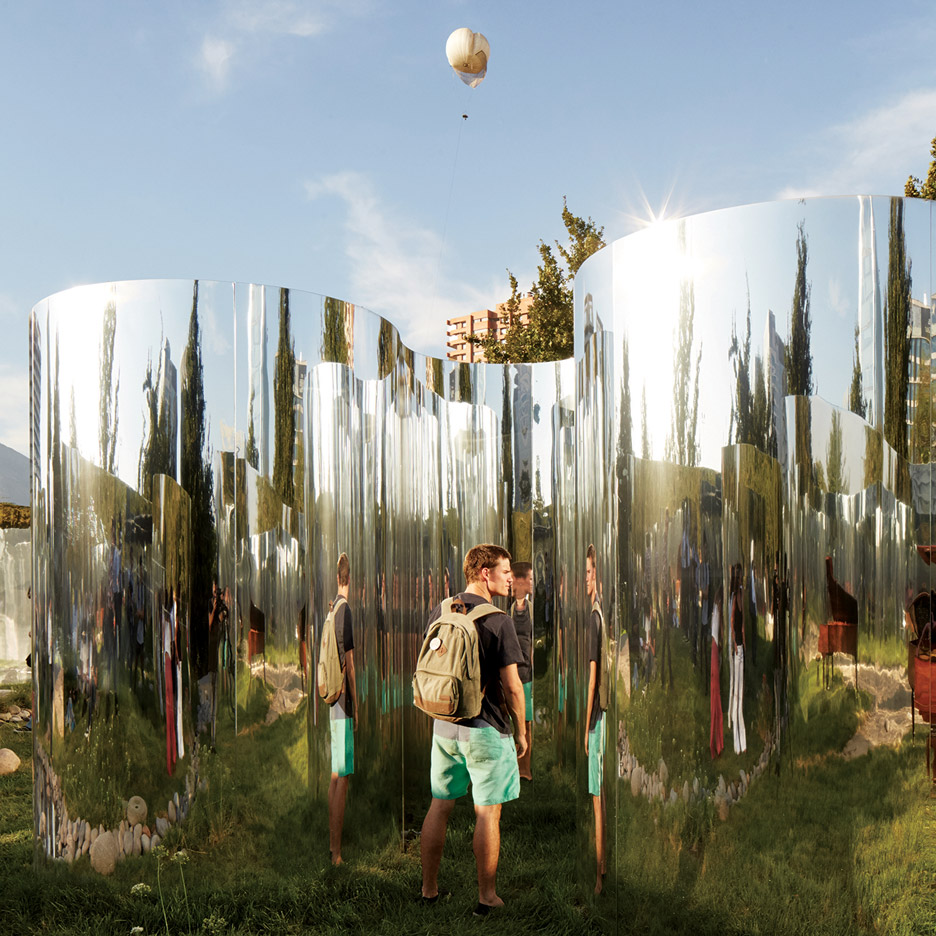 "I spent a couple of years learning the software, and when I eventually mastered it, I was so thrilled that I created a mesh portrait for myself," said Zhoujie.

The surfaces of the wall installations are made up of interlocking stainless-steel pieces, which are bent and polished by hand.

"The process of metal cutting and manual bending defines the quality as well as the uniqueness of each work," he said.

"The reflection of light and shadow in different environment and different angles further adds to the unpredictable nature of each design."

Zhang's Mashing Mesh series was on show at the Collective Design fair that took place from 4 to 8 May 2016.

Pieces also on show at the event included a soapstone cabinet and all-leather chair by Fort Standard and a range of furniture that traces the motion of moving elements by Nendo.

The event falls within the broader NYCxDesign festival, 3 to 17 May 2016, where Lambert & Fils is debuting a collection of pendant lighting.