New York 2016: Anderssen & Voll, Kristine Five Melvær and Lars Beller Fjetland are among the designers exhibiting in a showcase of Norway's established and up-and-coming talent this week.

A Few Good Things will be presented at Wanted Design from 13 to 16 May 2016 as part of NYCxDesign, better known as New York design week.

"Our aim for A Few Good Things is both to connect the best and brightest young Norwegian designers with the North American manufacturers, retailers and media outlets that can benefit from their talent, and to encourage the world at large to reduce the quantity – and increase the quality – of stuff it contains," said Makovsky in his curator's statement.

His comments dovetail with those from the likes of Ikea's sustainability chief Steve Howard, who recently argued the world had reached "peak home furnishings".

"At a time when we all have too much stuff, we need to rethink our approach to design," said Makovsky.

For the studios featuring in the exhibition, that means "creating long-lasting works with an emphasis on functionality and clean, simple lines".

The exhibition includes the likes of Kristine Five Melvær's stackable ash wood Vava stools, with their characteristic arched legs, and her Åsmund pillows and blankets, the third collaboration she has undertaken with esteemed textile company Røros Tweed. 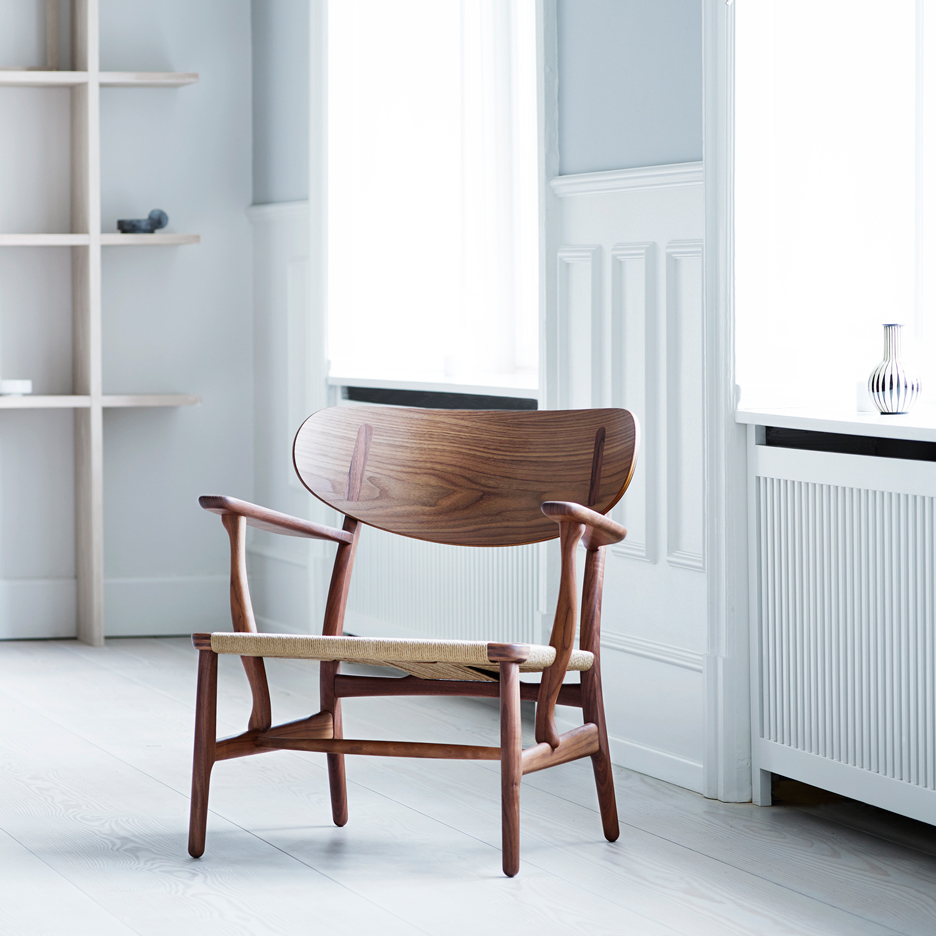 Anderssen & Voll, the duo who were previously part of Söderberg Prize-winning collective Norway Says, will display both soft textiles and their cast-iron Ildhane candleholders, while Noidoi will showcase its playful On the Edge lamp and Bølgen trivet, which mimics the pattern of a heatwave.

Wood products by Andreas Bergsaker emphasise traditional craftsmanship and tactile qualities. His table clock is made of solid sanded birch wood with no hour marks, so as to appear calming.

Runa Klock has several products on display, including the Core Lamp made of Norwegian Lundhs Blue stone. LED lights concealed beneath the lampshade reflect off the stone's blue feldspar crystals when lit.

The exhibition also features ceramics by Sara Skotte, woodwork by Sverre Uhnger, homeware by Fimbul and a table by Martin Solem.

Produced by the Norwegian Centre for Design and Architecture in partnership with the Norwegian Consulate General in New York and the Norwegian Ministry of Foreign Affairs, A Few Good Things serves as a condensed version of the Structure exhibition of New Nordic homeware that took place in Milan earlier in the year.

Makovsky's exhibition is a highlight of the NYCxDesign festival, taking place from 3 to 17 May 2016, where Lambert & Fils is debuting a collection of pendant lighting and Danish furniture company Carl Hansen & Søn is launching two chairs by Modernist designer Hans J Wegner.