Angular concrete columns surround this extension to a 1960s villa in the Ivory Coast capital Abidjan, which Localarchitecture has reconfigured to house the Swiss embassy (+ slideshow).

The mid-century residence was once home to the Norwegian ambassador, and stands in grounds dotted with mature trees in the city's affluent Cocody district.

Lausanne-based Localarchitecture's primary challenge was to convert and extend the space to form a functioning workplace for staff of the Swiss Federal Department of Foreign Affairs, and the Swiss Agency for Development and Cooperation.

The architects extended the villa on the street-facing side to house the consular section of the embassy where visas are handled, while the existing building is used as offices.

They selected concrete as the primary construction material, helping to reduce the need to import goods and also referencing the existing building's Modernist design.

"The raw concrete of the construction echoes Abidjan's magnificent Modernist architectural heritage, built during the 1960s and 1970s, and harmonises with the original villa, also from this period," explained the Swiss architects.

"The power of the concrete and the sensuality of the formwork timbers, imprinted in the concrete, are qualities this design seeks to celebrate and re-establish in the local Côte d'Ivoire context."

The extension is raised slightly above the ground and accessed by a broad flight of steps, which lead onto a terrace shaded by the overhanging roof slab.

This chunky slab is supported by the concrete pillars, which are intentionally set at irregular intervals and at various angles to symbolise Switzerland's economic and political stance.

The architects explained: "The new public facade is intended to reflect Switzerland's strength and diversity – the strength of a country that enjoys tremendous political and economic stability. The pillars convey a sense of discipline and suggest security."

"Their slightly angled forms, with edges tilted towards the visitor, express an element of movement within the system, a welcoming generosity which accommodates diversity," they added. "The vertical lines are offset by the slanting surfaces." 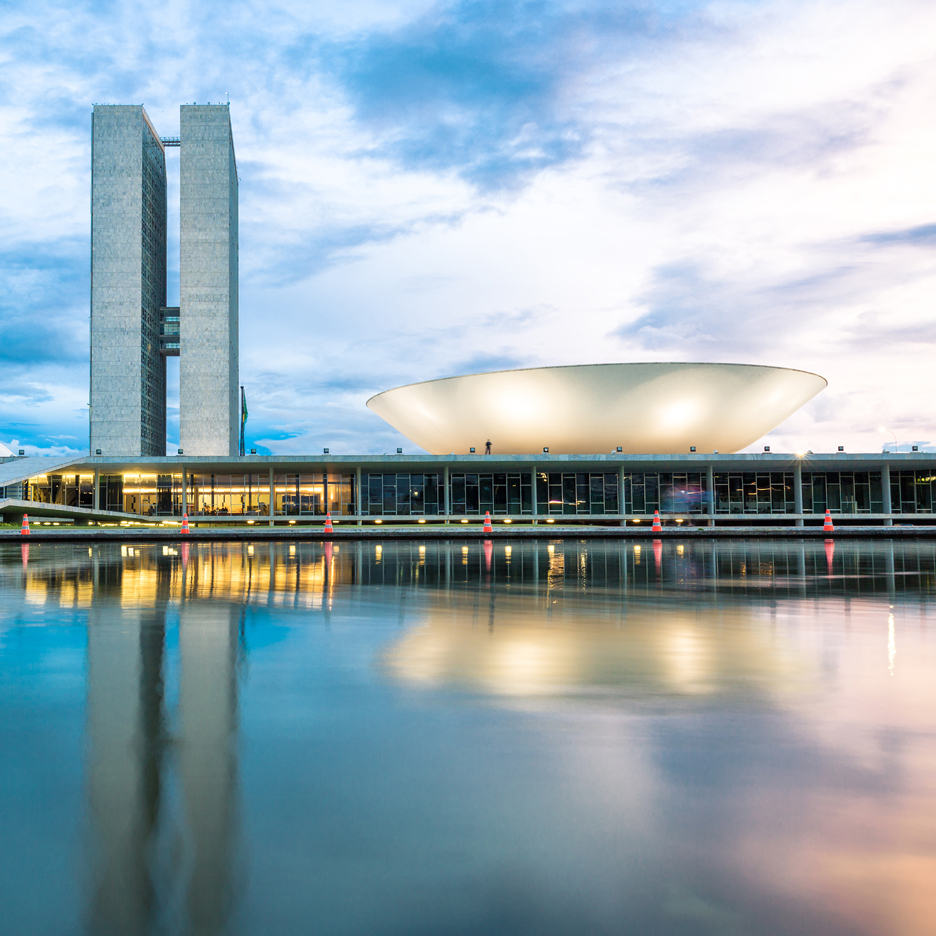 Studio Gang chosen to design new US embassy in Brasilia

Inside, rows of coloured chairs are lined up around the glazed walls of the reception area, which frame views of the embassy grounds.

There are four counters set into a wall made from alternating strips of mirror and timber at the back of the space. These are dedicated to handing enquiries from Swiss citizens, including visa applications.

"The new counter wall plays a key role in the design – the interface between the consular staff and local citizens or Swiss residents," said the team.

"It evokes the exchanges between the two countries, both cultural and economic, by juxtaposing strips of Ivorian wood with mirrors reflecting the garden around the glazed counter desks."

Last year, Townsend + Associates Architects completed a building with translucent glass walls to contain a swimming pool at China's embassy in Canberra, while Buerger Katsota Architects devised a facade of folding steel shutters and bullet-proof glass to protect the reception of the Belgian Embassy in Athens.