American designer Mark Boulding has created an alternative to snap-fit blocks like Lego, with a collection of black and white bricks that slot into one another instead (+ slideshow).

The cube-shaped pieces feature prongs that can be interlocked in various configurations, allowing users to create both geometric and spiral shapes. 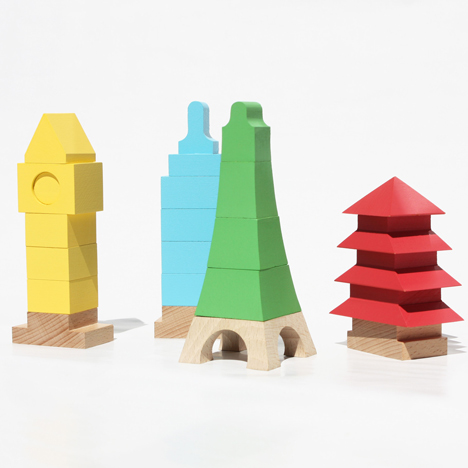 The bricks can be arranged to form cube-shaped puzzles, as well as to replicate the shapes of existing structures such as bridges or towers. Boulding has also suggested the blocks could be scaled up for architectural applications, or used in furniture design.

According to the designer, the construction system allows for "limitless possibilities in any scale imaginable".

Boulding created the blocks after a year-long research project, for which he first experimented with clay bricks before trialling interlocking pairs of clear and opaque white Plexiglass.

The bricks are based on what the designer calls "conjoined space theory", which Boulding has likened to film negatives. 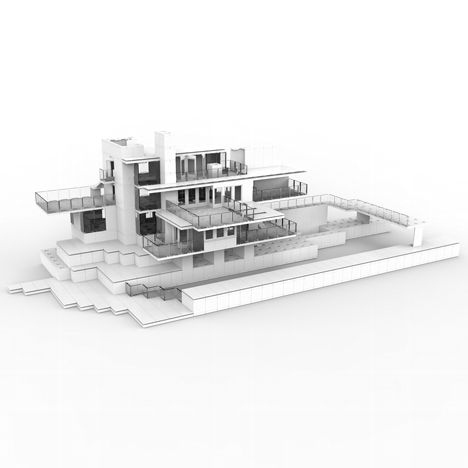 Boulding first showed the blocks at the 2016 New York Toy Fair, and they are now stocked in various museum shops around the US. The designer is also experimenting with alternative curved versions of the toy, that would allow users to create spherical shapes.

Architect Kengo Kuma has also designed a construction system that offers a substitute for snap-fit blocks, with a modelling kit made up of triangular wooden pieces that can be stacked on top of one another.

Over the past couple of years, Danish toy company Lego has updated its own line of products with sets geared towards architects. It launched the monochrome Lego Architecture Studio blocks in 2014, and released the Skyline kits of cities around the world towards the end of last year.