The Elemental founder, who curated the Venice Architecture Biennale 2016, created installations in the first rooms of both the Arsenale and Central Pavilion venues using seven miles of scrap metal and 10,000-square-metres of plasterboard leftover from last year's Art Biennale.

"The opening halls of Biennale Architettura 2016 were built with 100 tons of waste material generated by the previous Biennale," said a statement from Aravena.

Lengths of crumpled metal channelling are suspended vertically from the ceiling like fringing in the first room of the Arsenale – a 300-metre-long building on the eastern side of Venice that once operated as the ropeworks of a shipyard, but is now used as one of the Biennale's two primary venues.

Similarly, the walls are covered by stacks of multi-tonal plasterboard that incorporate display shelves. 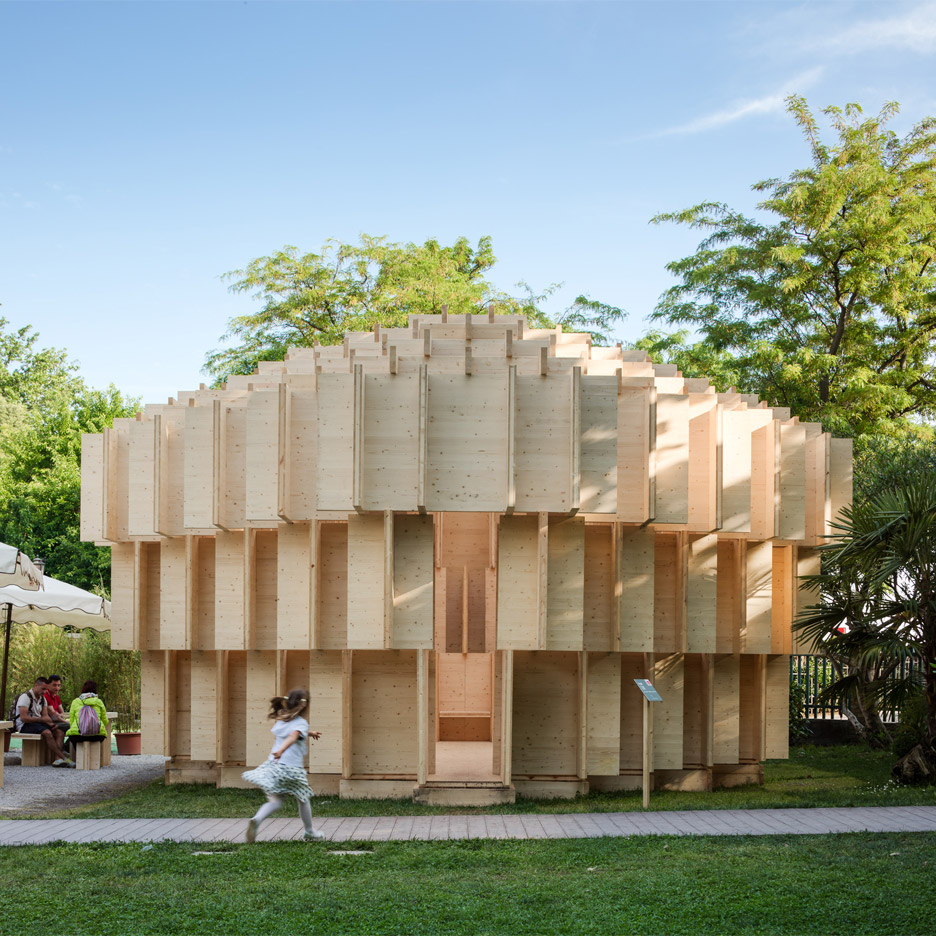 A similar installation is also hosted in the foyer of the Central Pavilion, which is located in the Giardini.

Venice's Art and Architecture Biennales take place on alternate years in the Arsenale and the Giardini.

Aravena's title for the Venice Architecture Biennale 2016 is Reporting From The Front – a theme intended to encourage architects to address some of the most important global issues. His star-studded list of contributors include Tadao Ando, Peter Zumthor, David Chipperfield and SANAA.

Wide-ranging interpretation of the theme has resulted in installations and exhibits dealing with economic crisis, housing, waste, migration and robotic construction.

Aravena is also the recipient of this year's Pritzker Prize for architecture. He set up his practice Alejandro Aravena Architects in 1994, but is perhaps best known for his pioneering social housing work carried out through the architectural "do tank" Elemental in Chile, which he has led since 2001.

The latter contributed to Aravena being awarded the Silver Lion for Promising Young Architect at the Venice Architecture Biennale 2008.