It joins the brand's shops on Prince Street in New York's Nolita district and on Monmouth Street in London's Covent Garden as a space to display its collection of watches – also available from Dezeen Watch Store.

"Opening a physical touchpoint in the US to follow our existing London flagship is an exciting step for us, as we launched just four years ago as an ecommerce-only business," said Larsson & Jennings CEO Andrew Jennings.

"Expanding into the US has always been an ambition of ours and we're excited to literally put ourselves on the map with our Bleecker Street store."

Clad in blackened steel, the counter extends the length of the store. Where the floor level steps down towards the back, the display case continues as a cantilevered element.

On top, thin metal poles in a row present the unisex watches, which combine British elements with minimal Scandinavian design.

Steel lighting fixtures with X-shaped profiles, produced by German brand e15, are positioned above the counter. 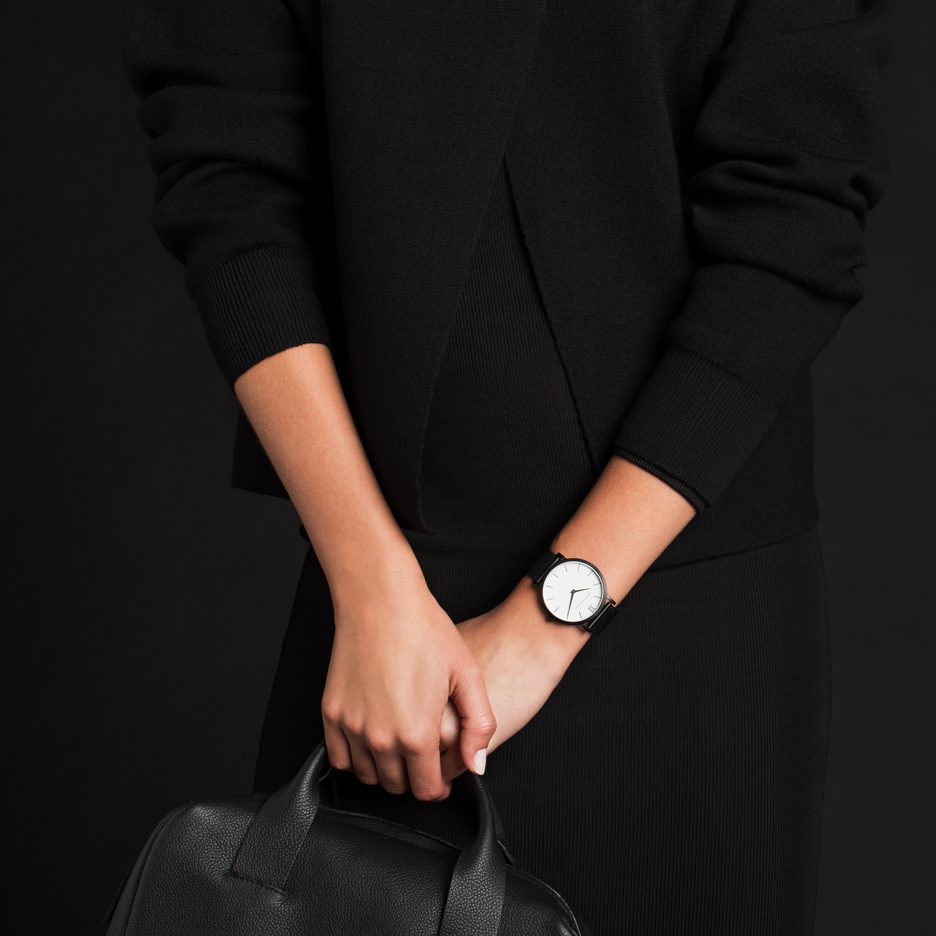 The Jean stool and brushed copper North pendant and floor lights by e15 also feature, while further seating is built from Douglas fir.

When designing the interior, Studio Mills was influenced by the history and surroundings of Bleecker Street – a major thoroughfare that was once renowned as a bohemian centre.

"Key features associated with the West Village have been referenced through the variety of materials used within the store," said Larsson & Jennings, which was set up by Jennings and co-founder Joakim Larsson in 2011.

White stucco walls, intended to tie in with the neighbourhood's architectural details, are contrasted with polished concrete flooring at the front.

Glazed white bricks that cover the floor to the rear are used to evoke the white terracotta exterior of the nearby Our Lady of Pompeii Church.

This area facilitates Larsson & Jennings' LJX watch personalisation service, as well as a bar that serves fika – a popular Swedish custom that involves stopping for coffee and cake.