The 64.5-metre-high tower creates 60 per cent more exhibition space for the London gallery, which has become one of the city's most important cultural attractions since it opened in 2000.

Called the Switch House, it features an exterior of latticed brickwork and folded surfaces, while its interior includes an assortment of overground and underground galleries, as well as a new roof terrace offering panoramic views of the city.

Swiss studio Herzog & de Meuron was invited back to design the extension, having been responsible for the original conversion of the former Bankside Power Station.

The architects' approach was to create the second set of galleries on the opposite side of the Turbine Hall – the vast public space that forms the entrance to Tate Modern. 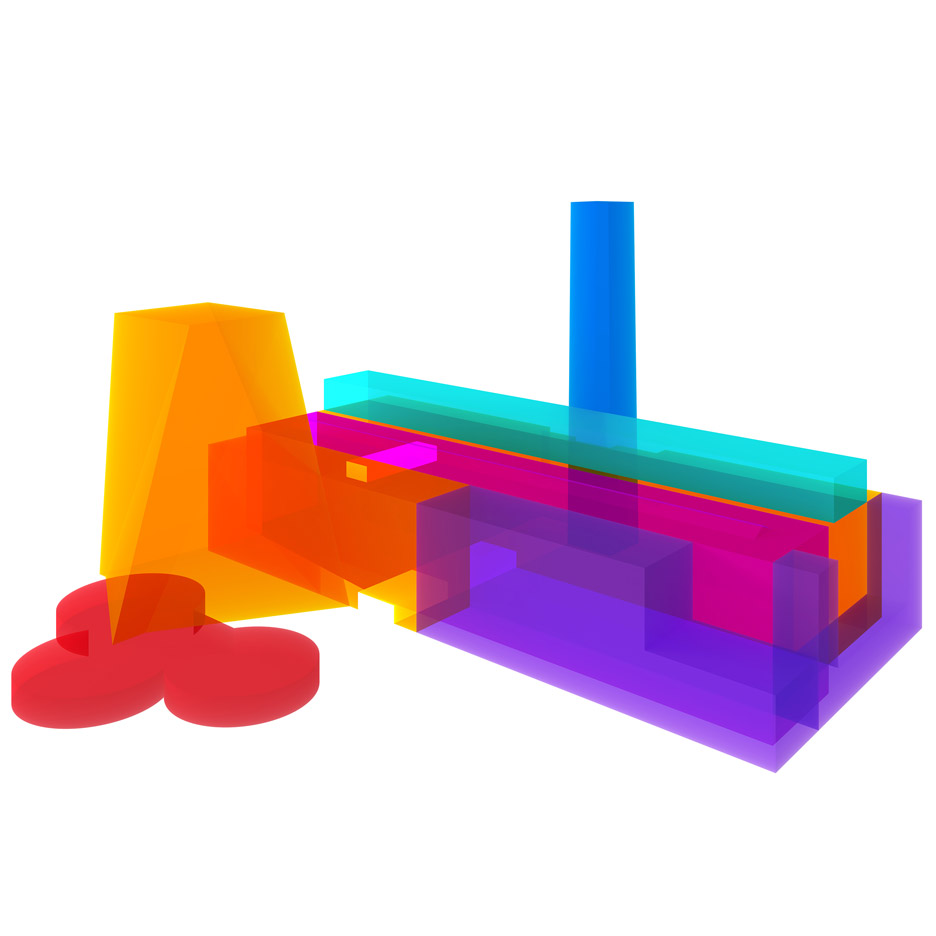 These new spaces are connected with the existing galleries – in the section of the building now referred to as the Boiler House – via new indoor bridges on the first and fourth floors.

"We are delighted that the initial concept for Tate Modern, as envisaged at the time of the first competition in 1995, has become a reality," said Herzog & de Meuron co-founder Pierre de Meuron.

"The original cross-access concept for the museum has been realised with entrances from three different sides; one can access the building and the Turbine Hall from the north, the west and now also from the south side," he added.

The latticed brickwork that clads the building's exterior helps the extension to match the brickwork of Giles Gilbert Scott's original power station.

Large perforations allow light to filter in during the day, and cause the building to glow in the evening. There are also a series of slender windows that form slices across the brick surfaces.

"An addition to an existing building is always very difficult, even problematic: some people will like the new part better, others will prefer the old part, some may say the extension was not necessary, others are convinced of the opposite," said studio co-founder Jacques Herzog.

"We wanted to anticipate such controversial views," he said.

"Our aim was to create a building conglomerate which appears as one thing, not as a phase one and a phase two."

The 10-storey tower sits on top of three underground concrete oil tanks, which Herzog & de Meuron converted into spaces for performance art back in 2012.

From here, a concrete staircase spirals up to meet the new entrance and shop.

New galleries can be found on the second, third and fourth floors, exhibiting works by artists such as Marina Abramović, Carl Andre, Roni Horn and Kader Attia.

There is also a gallery dedicated to individual artists, currently showing the work of Louise Bougeois.

Floors become incrementally smaller towards the top of the tower, where spaces for education and events can be found along with a new members' room and restaurant, and the new rooftop viewing deck.

"Our aim was to create an architecture that allows for flexibility, improvisation, adaptation and change," he continued, "from the cavernous subterranean Tanks dedicated to performance and installation art, to the lofty top-lit galleries with their large luminescent ceilings, from a broad ribbon for circulation meandering up through the building, to generous day-lit education spaces."

Tate Modern officially opened to the public on Friday 17 June 2016, following a series of preview events.

Herzog & de Meuron was relatively unknown when it won the original Tate Modern commission, but has since completed galleries around the world, including the Perez Museum in Miami, the Parrish Art Museum in New York state, and an extension to the Musée Unterlinden in France.

More about the Tate