The movie, produced by Lobster Pictures, shows the angular building being assembled from start to finish.

Filmed over three years, it first shows the ten-storey concrete core rising on the south bank of the Thames; then the ziggurat form of the museum emerging around it; and finally the lattice-like cladding of 336,000 bricks being applied.

The movie opens with Tate's new logo, which has been re-designed by North to unify the four Tate galleries and rolled out to coincide with the extension's opening. 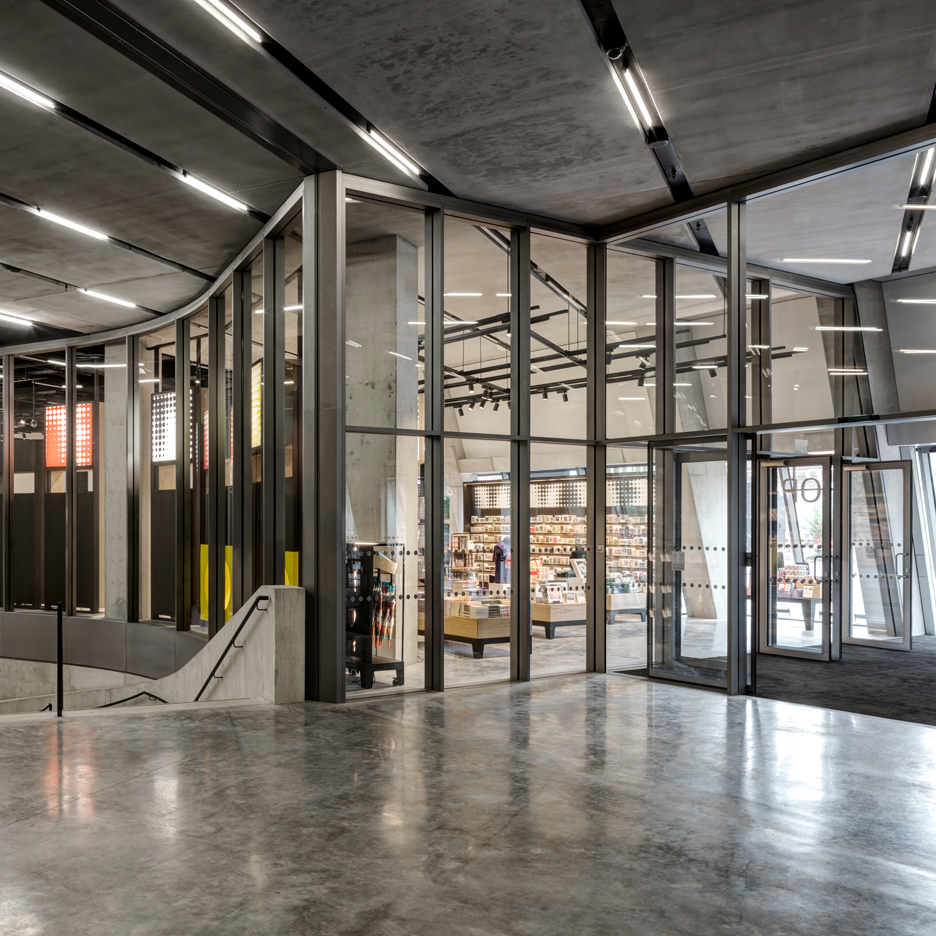 Called Switch House after the electrical utility building that previously occupied the site, the extension is situated at the southwest corner of Giles Gilbert Scott's Bankside Power Station, which Swiss studio Herzog & de Meuron converted into Tate Modern in 2000.

The 64.5-metre-high tower features a new roof terrace offering panoramic views of the city. The interior features nine floors of galleries plus The Tanks, a series of underground performance galleries occupying spaces once used for storing oil.

Switch House officially opened to the public last weekend, and attracted a record number of visitors.

Over 143,000 people visited the gallery between its opening on Friday 17 June and Monday morning, with 54,000 visits on Saturday alone – the highest ever number at the gallery on a single day.

"Although we have almost doubled the number of regular visitors to the galleries during our opening weekend, we have space for it to feel comfortable even when busy," said Frances Morris, director of Tate Modern. "There has been a tremendous response from the public."

The new structure has been praised by The Guardian, who said it "creates new ways of entering and exploring the museum that make its former self seem lopsided and constrained".

More about the Tate