The Spirograph Lab is based on a toy of the same name, which is used to draw petal-shaped concentric patterns using interlocking plastic cogs and toothed rings to guide a pen.

Yang, an industrial design student who recently graduated from Taiwan's Shih Chien University, created the machine to allow the two-dimensional Spirograph pattern to be turned into a three-dimensional object.

The Lab features a tall, wooden workstation with a motor and integrated storage for the cogs. Attached to the side is a table for mixing resin.

To create the patterns, a smaller cog piece is first loaded into a larger cog-shaped cutout. The cog is connected by magnets to an air-pressurised container filled with liquid resin.

When the Lab's motor is switched on, the cog spins, and its magnetically connected container shoots resin in a corresponding pattern of concentric circles or ovals.

The resin falls onto a circular platform below, where an existing item of homeware or a piece of fabric is sat to capture the design. The process can be repeated with many layers of resin.

The use of magnets is a departure from the traditional Spirograph.

"In the past, the pattern was changed using lots of holes on the gears," Yang said. "I redesigned it by using magnets, which can reduce restrictions and are also easier to operate." 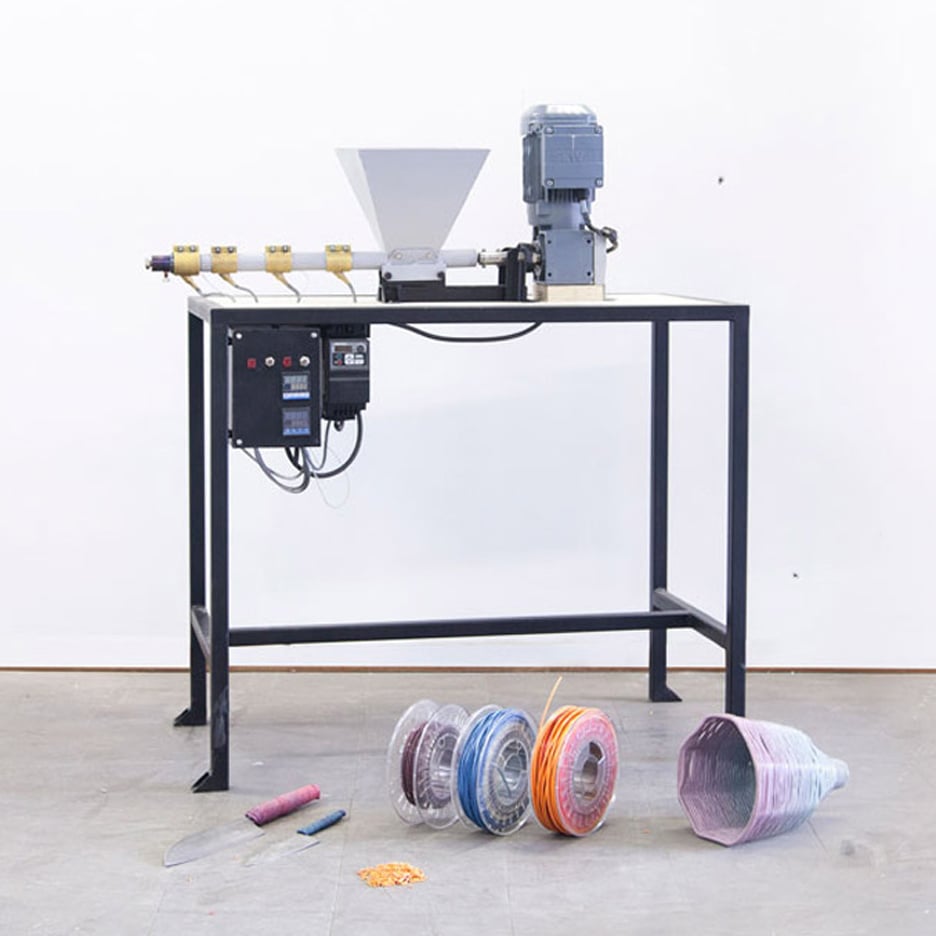 During experimentation, Yang altered different variables – including total operation time and the stiffness of the resin – to create a number of patterns.

The Spirograph Lab is designed to allow users to enjoy the process of making, not just the finished product.

"The production line is a low-tech process which retains the pleasure in manual operation," said Yang. "At the same time, it also uncovers the process of manufacturing – to create an object by drawing."