Japanese architect Shigeru Ban has been commissioned to design a residential tower for Vancouver that its developers claim will be the tallest hybrid timber structure in the world.

Called Terrace House, the apartment tower is slated to rise near the waterfront in central Vancouver, where a curved apartment tower by architect Kengo Kuma is also being built.

Although information about the Ban-designed structure's height has not yet been disclosed, a rendering of the building shows a glass-clad tower with a sloped roof. Its upper portion will be formed by a timber frame supported by a concrete and steel core.

"The project will set the benchmark for the tallest hybrid timber structure in the world, in addition to being Shigeru Ban's tallest project to date and first-ever project in Canada," said the developer, PortLiving, which is due to release more details about the project later this year. 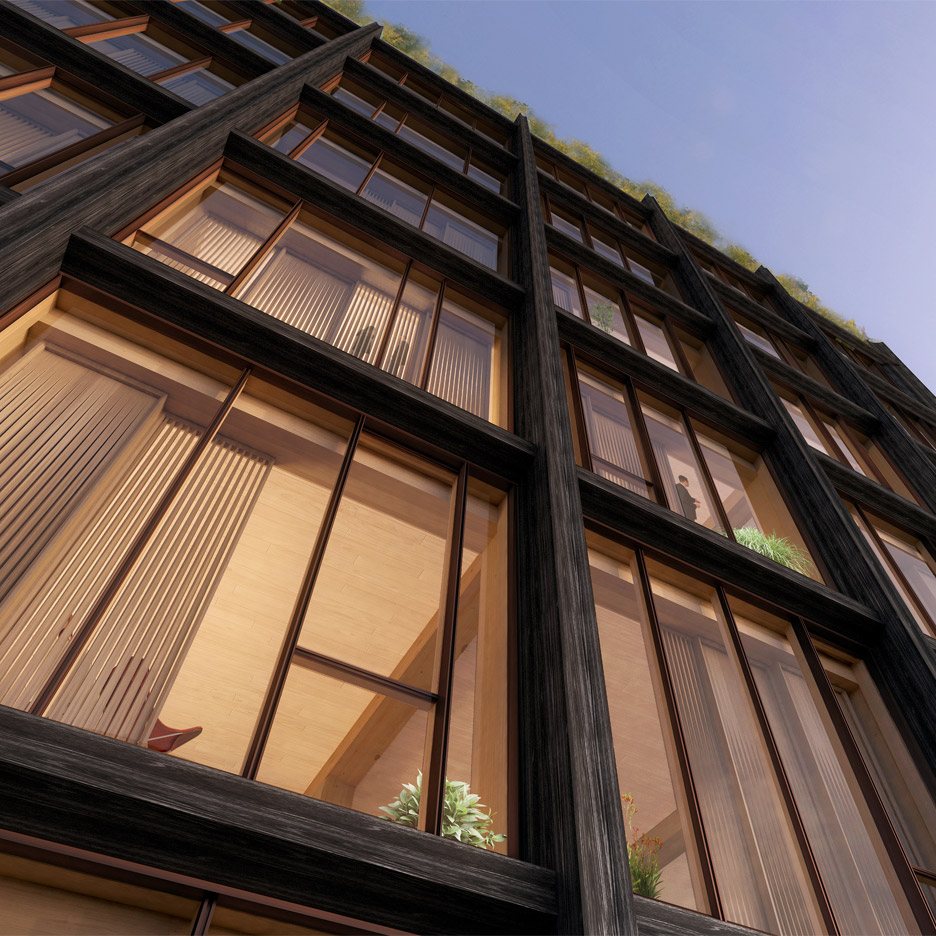 The tower's upper portion will feature timber framing supported by a concrete and steel core, the developer said. The wood will be sourced from British Columbia.

"This innovative design marks a milestone for the industry and a global benchmark for timber design and liveability," the developer stated.

The project is the latest example of the timber tower trend, with wood-framed high-rise buildings proposed or being built in several American and European cities.

The world's tallest wooden building to date is a 14-storey apartment block in Bergen, Norway, but several more are in the pipeline.

SHoP Architects has designed a 10-storey residential tower in Manhattan that is set to become the city's tallest building constructed from structural timber, while French architect Jean Paul Viguier has proposed a trio of timber-framed towers for Bordeaux.

In April, PLP Architecture and researchers from the University of Cambridge revealed a concept for London's first wooden skyscraper – a 300-metre-tall addition to the Barbican housing estate.

Timber is lauded as a lightweight and sustainable substitute for traditional construction materials, with advocates saying it could help speed up construction and reduce carbon emissions.

"This is the beginning of the timber age," UK architect Andrew Waugh told Dezeen last autumn. Building with wood is "super fast, super accurate, and also makes the most amazingly beautiful spaces." He said: "These are buildings that feel very good to be in."

Ban is renowned for his work with wood-based products like paper and cardboard tubes, which he has used to provide shelters following natural disasters and build a temporary cathedral for earthquake-hit Christchurch. The architect's humanitarian work and wider contribution to architecture won him the prestigious Pritzker Prize in 2014.