Architecture studio Paper House Project has added a double-height atrium surrounded by gridded windows to an apartment in a converted warehouse in east London (+ slideshow).

Paper House Project founder James Davies was tasked with adding an extra bedroom to the former garment warehouse in Bethnal Green, which was converted into an open-plan live-work space almost a decade ago.

The architects wanted to retain as much of the open-plan layout of the property on Florida Street as possible, while redefining areas of its plan to create specific dining and lounging spaces. 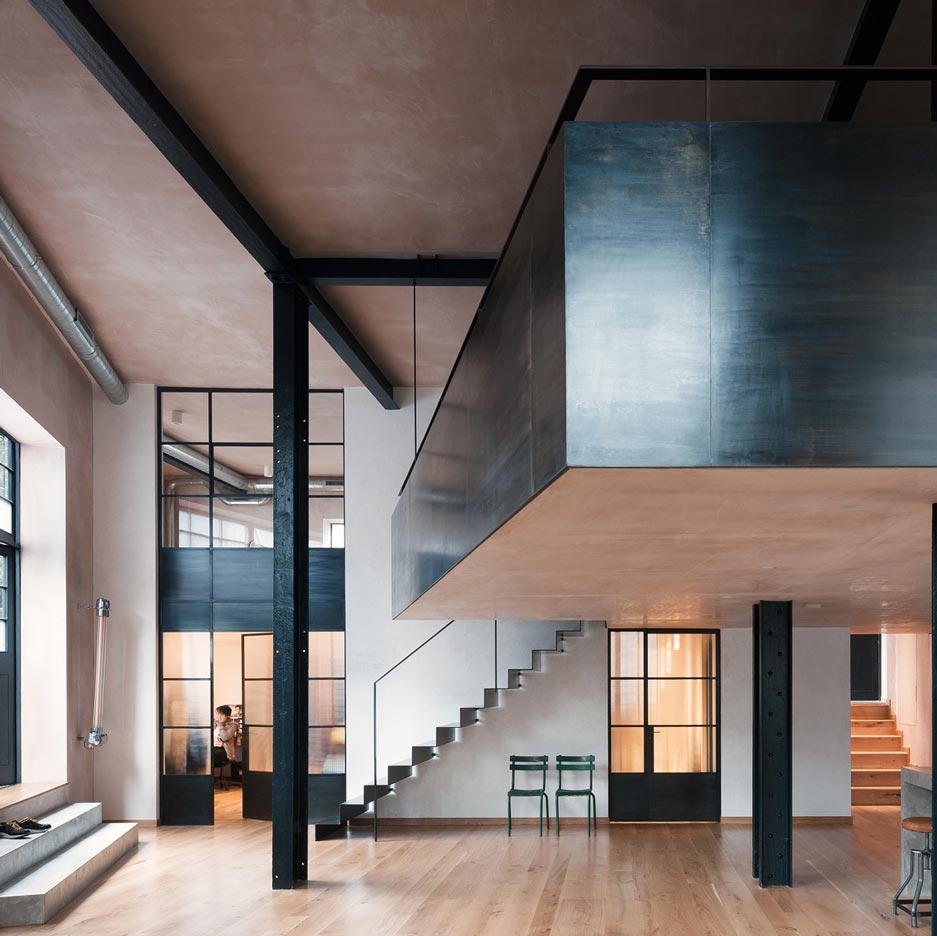 They created a double-storey atrium in the centre of the plan to help bring natural light into the living quarters, which are tucked beneath a partial upper storey containing the two bedrooms.

The two bedrooms overlook the atrium and its branching chandelier through windows set in black, gridded frames.

These give the interior a factory-like aesthetic – similar to the industrial steel frames popularised by manufacturer Crittall Windows in the early 20th century.

"By opening up the enclosed stairwell and incorporating the vertical circulation into the central atrium, we were able to add space, light, and volume to the main living areas," said Davies.

"The glazed atrium visually connects both floors whilst separating public and private spaces," he added.

"Glazing is used throughout to bring natural light deeper into the floor plan with obscured glass panels forming room dividers to create bathrooms and bedrooms."

A new blackened metal staircase – intended to compliment the metal-framed windows – rises up through the atrium, which also features a poured concrete resin floor.

Designated sitting, dining and cooking areas are set around the outskirts of the atrium, defined by different materials.

Stainless steel units are fitted in the kitchen, a marble counter creates a space to eat, and the lounge is defined by a patterned rug.