An exhibition in London dedicated to Korean craft will present pieces by 18 designers exploring the concept of movement (+ slideshow).

Titled Make Your Movement, the exhibition brings together 18 designers, makers and craftspeople from Korea whose work includes 3D-printed accessories, jewellery and ceramics.

Each piece explores the theory of movement within craft – from the way makers move while creating work to the journey the object takes once it is completed.

"When we planned this exhibition we discussed the word movement, [but] the primary meaning of movement knows no immediate distinction in the East and the West," said curator Kyoungrin Park. "The exhibition uses Movement as its starting point, [and explores] the semantic layers hidden in this single word."

Through these "layers", the exhibition aims to provide a complete overview of the Korean craft industry – showing how traditional production methods have adapted to changes in Korean culture and modern-day society. 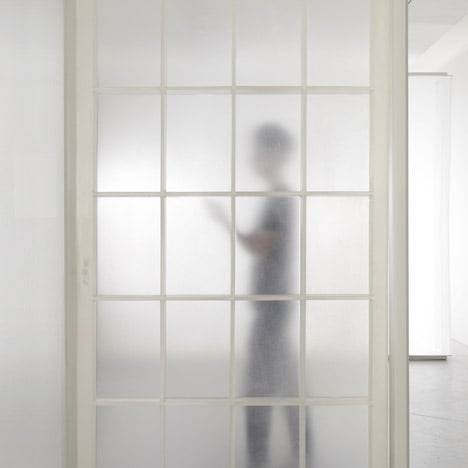 Pieces on show will include lacquered metal trays that double as hanging pictures, 3D-printed objects that have also been manipulated by hand, paper-thin ceramics, and pieces of furniture designed for traditional market traders.

Kiyeon Jeong will present a range of objects designed for eating and drinking that change depending on movement and use – an outcome of research into mundane daily tasks.

Similarly, Practice in Daily Life by Sangmin Lee derives from daily actions. He crafts small objects, which are created through a thorough process of daily practice.

Kyeok Kim will show a range of "body extensions" that have been made entirely of an edible collagen material, while design studio Fabrikr has created a series of objects using discarded pieces of fabric.

To create his collection of ceramic pieces, Deokho Kim developed a technique of trimming away at a piece of mixed colour clay while it rotates on a spinning wheel – leaving a marbled effect.

A number of ceramic objects will also be exhibited, including Inhwa Lee's works with porcelain and Jucheol Yun's Bunchong pieces that feature spikes made from enamel.

The only designer to be showcasing furniture is Kyungtaek Roh, whose collection is based on the theme of shells.

Many exhibiting designers have explored the role of digital techniques in craft. Yong-Jin Chung has combined 3D-printing with traditional metalwork, while Seongman Ahn designs using CNC and 3D-printing machines but introduces modifications informed by his research.

Other pieces on show throughout the exhibition include a collection of artworks made up of microscopic fragments, a sound installation, a series of photographs showcasing unusual activities in Korea, and a collection of ceramics that tell time.

The furniture design industry is currently experiencing a revival of craft and traditional making methods.

One of the leading figures in the movement has been Sebastian Cox, whose work has included an "urban rustic" kitchen featuring rough-sawn timber, and a series of weaved products that aimed to revive the historical craft of swilling.

Make Your Movement runs from 1 August to 17 September at the Korean Cultural Centre in London.