Architect Frank Gehry has been granted permission to build a series of five mixed-use buildings in his home city of Los Angeles.

Varying between three and 15 storeys, each of the buildings will feature Gehry's signature curved surfaces – like those found on his Walt Disney Concert Hall in the city.

"The art of architecture is rarely practiced in our city," Gehry said during the presentation of the project. "I will do my best to be responsible, beautiful and humane, and to make you proud."

Spearheaded by developer Townscape Partners, the 334,000-square-foot (31,000-square-metre) scheme will hold 249 residential units, with 15 per cent to be rented below market rate to low-income tenants.

A market, restaurants, stores and a bank will also be included, along with a landscaped public plaza and 800 parking spaces. 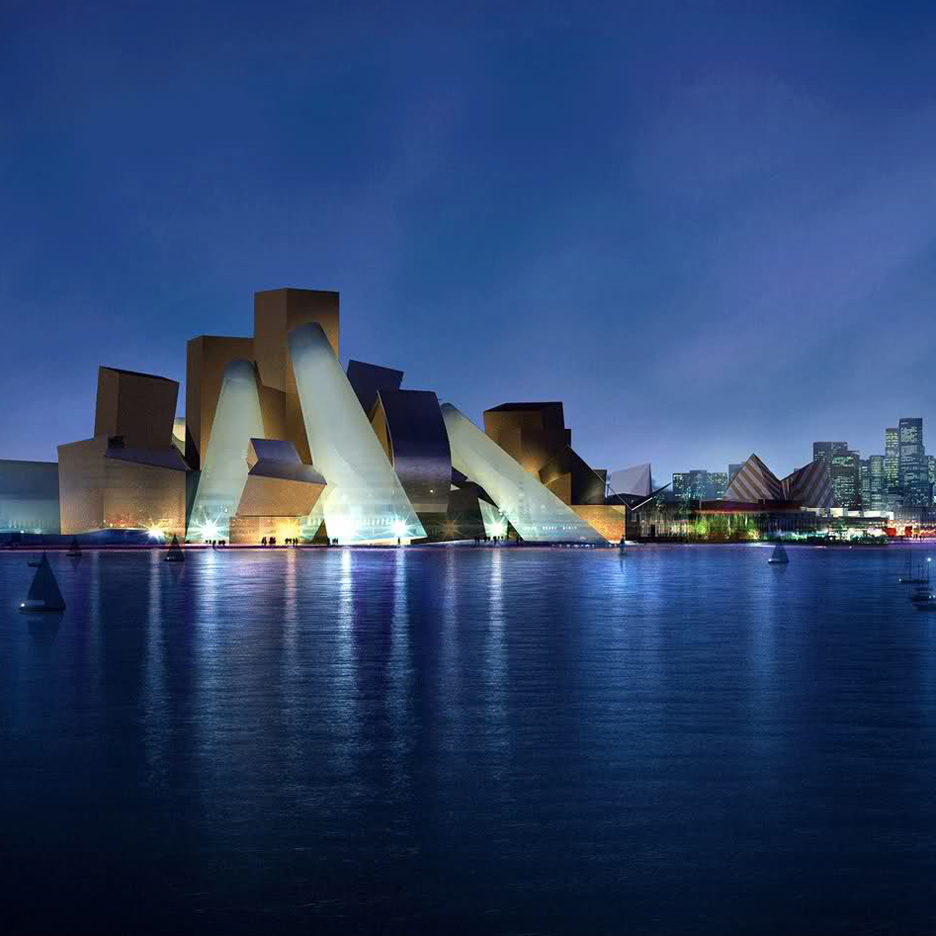 Construction of Gehry's Guggenheim Abu Dhabi yet to start

Located opposite the iconic Chateau Marmont hotel, the project also involves the demolition of a strip mall.

An application has been filed to protect the Modernist Lytton Savings building, also on the site, but Gehry Partners has asked that the request be ignored.

When the project was unveiled last August, Gehry said that references for the design included the Garden of Allah – a legendary mansion-turned-hotel on the Sunset Strip that was built in 1913.

"By coincidence, I was in LA when the Garden of Allah existed, and while I don't have a tangible image to relate to the present, I have a feeling that this design leans toward the representation of my memory," he said.

The 86-year-old architect has lived in Los Angeles since 1947. Last year he was commissioned to design a revitalisation plan for the canal-like LA River, although his appointment sparked criticism from a local landscape architect.

In another recent planning development for the city, OMA was chosen to transform a Downtown site into a public park.