This small holiday home by Rural Design nestles between grassy knolls on the Isle of Skye, the largest of Scotland's Inner Hebrides islands (+ slideshow).

Local architects Alan Dickson and Gill Smith designed Studio Fiskavaig as a self-build project for Nicholas Middleton and Kate Prentice, who run a holiday letting business from the island.

This is the third project the the pair have commissioned from Rural Design. The studio also drew up plans for their timber-clad holiday home called Hen House and for Black House, which is Middleton and Prentice's own home.

The pair have become increasingly more involved in the projects over the years, and while Hen House was built by contractors, the couple project managed Black House and built Studio Fiskavaig from the ground up.

They requested a small, simple build that would allow them to construct the project from the groundworks to the interior finishes in less than a year. They documented the building process on a blog.

"Each building has been designed to fit it's own position, the first only having itself in the wider landscape then the second being our home but also being a bigger sister to the hen house and this last one the baby sibling of the three," they added.

"Now it is there it looks like it was meant to be."

The architects had to consider the studio's relationship, not only to the rugged landscape, but to the two existing buildings on the 2.5-acre plot. 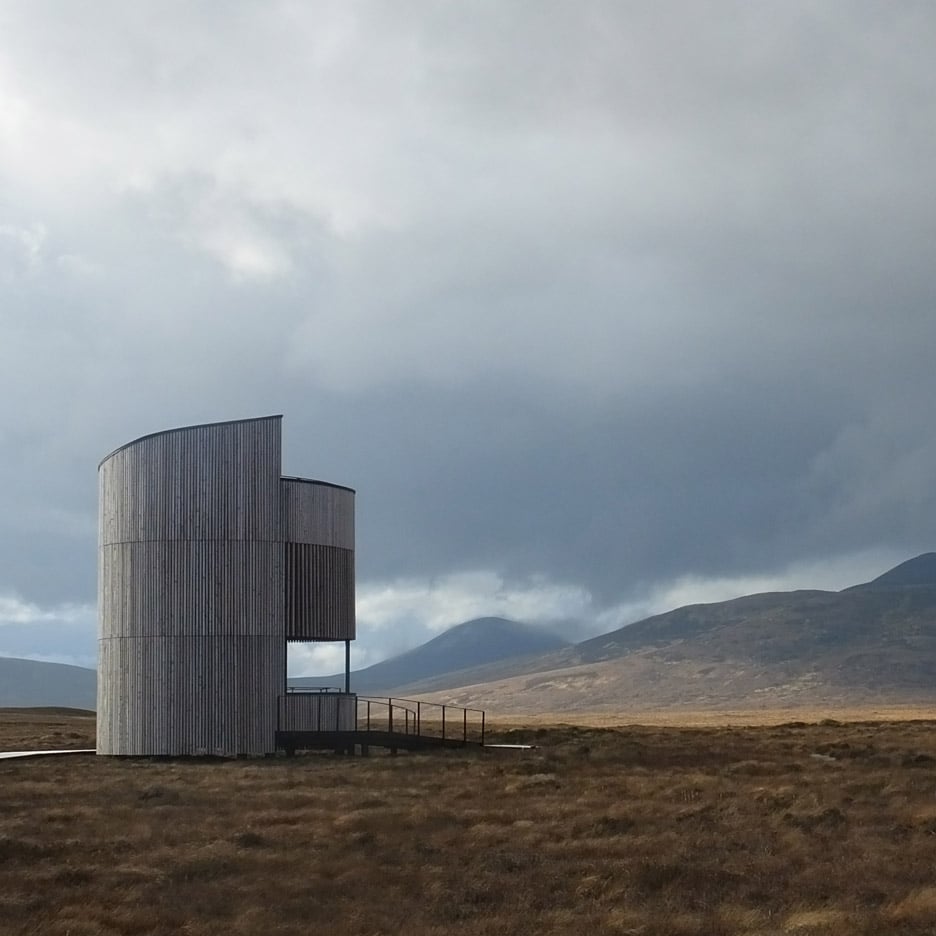 Studio Fiskavaig does not ape the design of the other two properties but it does share characteristics, including a mono-pitched roof and corrugated siding that echoes the linear timber cladding used on Hen House.

The 30-square-metre studio provides a compact holiday home for two people, but doubles as a workspace for Middleton and Prentice between lets.

The construction is based on Alan and Gill's own self-build holiday home, The Tinhouse, and was designed with novice builders with minimal tools and skills in mind.

The studio sits on foundation piers and has a wooden structure based on medieval timber framing techniques. Standard material sizes are used to minimise waste.

Middleton likens the project to Walter Segal's self-build scheme in southeast London, which was based on a do-it-yourself ethos.

"Rather than shrink a typical house, the studio starts from the premise of being small and therefore is designed to maximise the available space much as a boat or yacht," explained Middleton.

The kitchen is just under two metres wide, while the bathroom is accessed through a sliding door. A king-sized bed is built in, and the galvanised piping for the electrics are left exposed across the chipboard and plywood walls.

A composting toilet does away with the need for a septic tank and highly insulated walls minimise the need for heating – supplied by a small wood-burning stove, a headed towel rail and panel heater, which Middleton said has yet to be used.