The War for Talents range features a day bed, circular drip tray for boots, and a valet stand – designed after a director from the defence ministry expressed a wish for somewhere to hang his crumpled jacket.

Bohaumilitzky created the prototype furniture based on a workshop with soldiers, defence officials and consultants. The aim was to create an attractive redesign of the army's living areas and workspaces.

But Bohaumilitzky, who is studying for a master's degree in experimental design, said he wanted to take a more cricital look at "the idea of covering the sobering, hierarchical experience of military life with aesthetically pleasing design."

"With this project I want to trigger the discussion of how design is used to create corporate images even in a military context," said Bohaumilitzky. 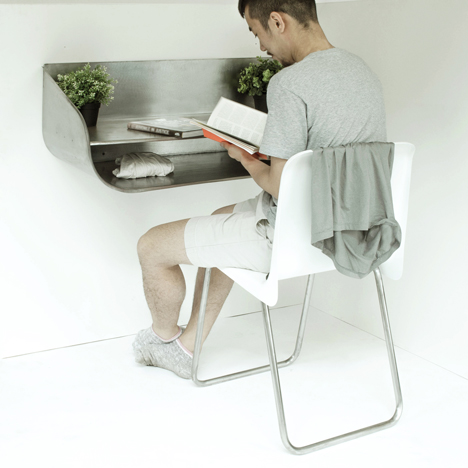 Bohaumilitzky based elements of his collection on the army's previous furniture design, maintaining the characteristic colours of green, blue, orange and the use of beechwood as the main material but updating pieces with new shapes.

The beechwood bed includes a sleeping mat that doubles as a yoga mat. It is rolled up and fixed with leather straps during the day.

The stand also acts a room divider, addressing soldiers' need for privacy. The designer used a pane of green glass in the stand, which references the night vision view of a rifle scope. 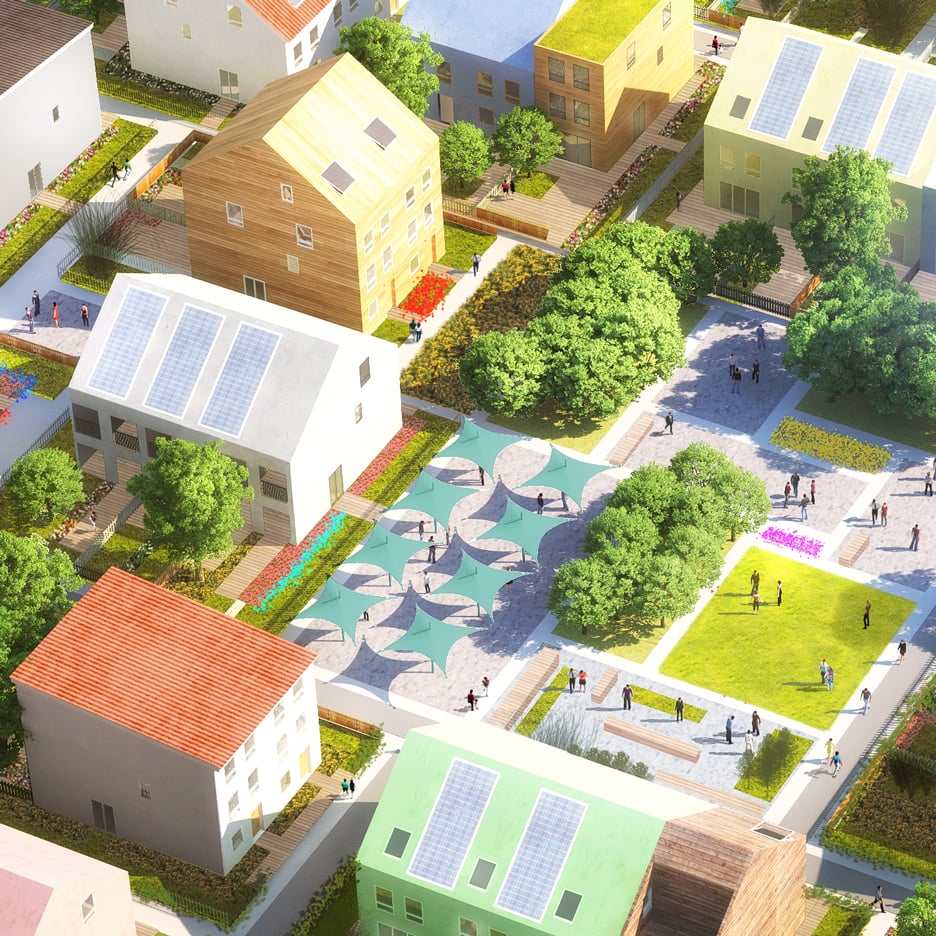 Bohaumilitzky was originally invited to join the military design workshop to discuss ways of redesigning furniture and living spaces to make the Bundeswehr more appealing as an employer.

"I found that quite a strange idea, because their idea of an attractive life was pretty different to their military goals," he said.

"I tried to focus on the emotions that I wanted to be communicated by the objects," he added. "It is more about the feelings people get when they look at the objects."

The work was shown during Milan design week 2016. There are currently no plans for the Bundeswehr to start incorporating the furniture into living spaces.

Iowa State University students have also tackled the comfort of soldiers, with a series of conceptual schemes for shelters that would give US troops fighting in Afghanistan a sense of safety.