Areas of Chicago have been fitted with a network of sensors, which will work like a Fitbit activity tracker to provide both scientists and citizens with open data about the urban environment (+ movie).

Known as the Array of Things, the urban sensing network was developed by the Urban Center for Computation and Data at the University of Chicago, the Argonne National Laboratory and the City of Chicago.

The project's title is based on the Internet of Things – a collective name for everyday devices, objects and systems that are networked via Wi-Fi to share and respond to data.

The first of 500 sensor packages have been installed across the city, working similarly to werable activity trackers to provide data about various environmental factors.

"Array of Things is designed as a 'fitness tracker' for the city, collecting new streams of data on Chicago's environment, infrastructure, and activity," said a spokesperson for the university.

The aim is to help Chicago's experts, policymakers and residents better understand issues like urban flooding, air quality and traffic patterns, so solutions to any problems can be developed.

"We'll be able to understand things like road conditions better, because the Array of Things will show us where water is collecting," said Brenna Berman, the City of Chicago's chief information officer. "It will help us predict vehicular and pedestrian traffic patterns better, so we can offer better services."

The information gathered will be accessible to all via open platforms, including on the University of Chicago website. 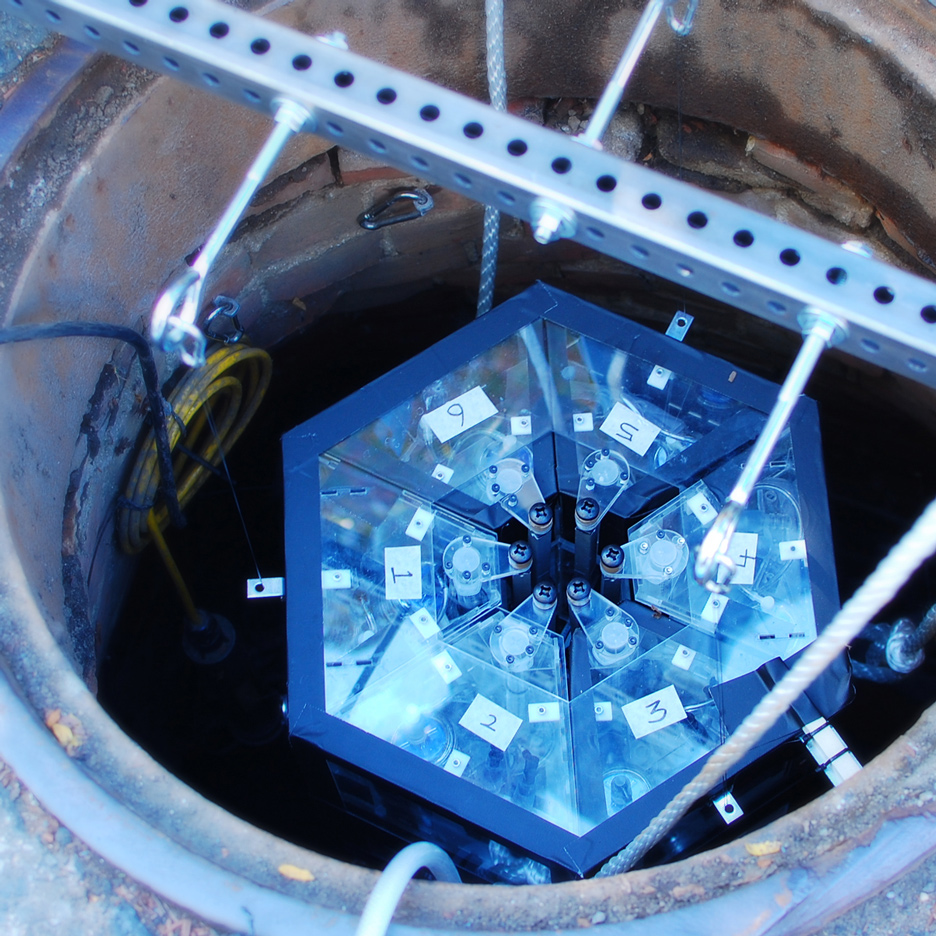 According to the Array of Things team, many organisations have already approached them with proposals to use the data to provide users with relevant information via various apps.

For example, asthmatics could be informed about which areas of the city are experiencing poor air quality.

"It's truly doing science out there in the city and in the communities," said Berman. "We'll be able to engage with community groups to make the data their own."

The industrial Pilsen area of Chicago – south-west of the city centre – was chosen as one of the initial testing grounds for the Array of Things, where air quality levels will be assessed.

In the city's central Loop area, sensor packages are being placed at every block along State Street and Randolph Street to help understand pedestrian and traffic flow.

Earlier this year, Dezeen spoke to architect Carlo Ratti about the potential for the Internet of Things to transform the way we think about cities.

His work at MIT investigates and anticipates how digital technologies are changing the way people live at an urban scale, with projects ranging from sewage-sampling robots to traffic infrastructure for driverless cars.

More about the Internet of Things