The London Design Fair, a new umbrella brand that includes both Tent London and Super Brands London, will be located over three floors in the Old Truman Brewery, east London. It will run as part of the London Design Festival.

This year's fair, which takes place from 22 to 25 September 2016, will have an international focus.

It is set to include 15 pavilions presenting work from different countries, including an exhibition of Norwegian design curated by Max Fraser.

India will present projects for the first time in an exhibition titled This Is India. The pavilion will feature emerging and established designers and brands across product, textile and furniture industries.

Switzerland, a newcomer to the fair, will present 21 products and projects from the winners and nominees of the Design Prize Switzerland.

Another new initiative for this year, Trentino Collaborations, aims to create connections between four British designs and four manufacturers based in the Trentino region in Italy.

Collaborations launching at the fair include a collection of granite furniture by Max Lamb and Pedretti Graniti, and wooden furniture by Sebastian Cox and Arte del Legno that features traditional weaving techniques from Trentino. 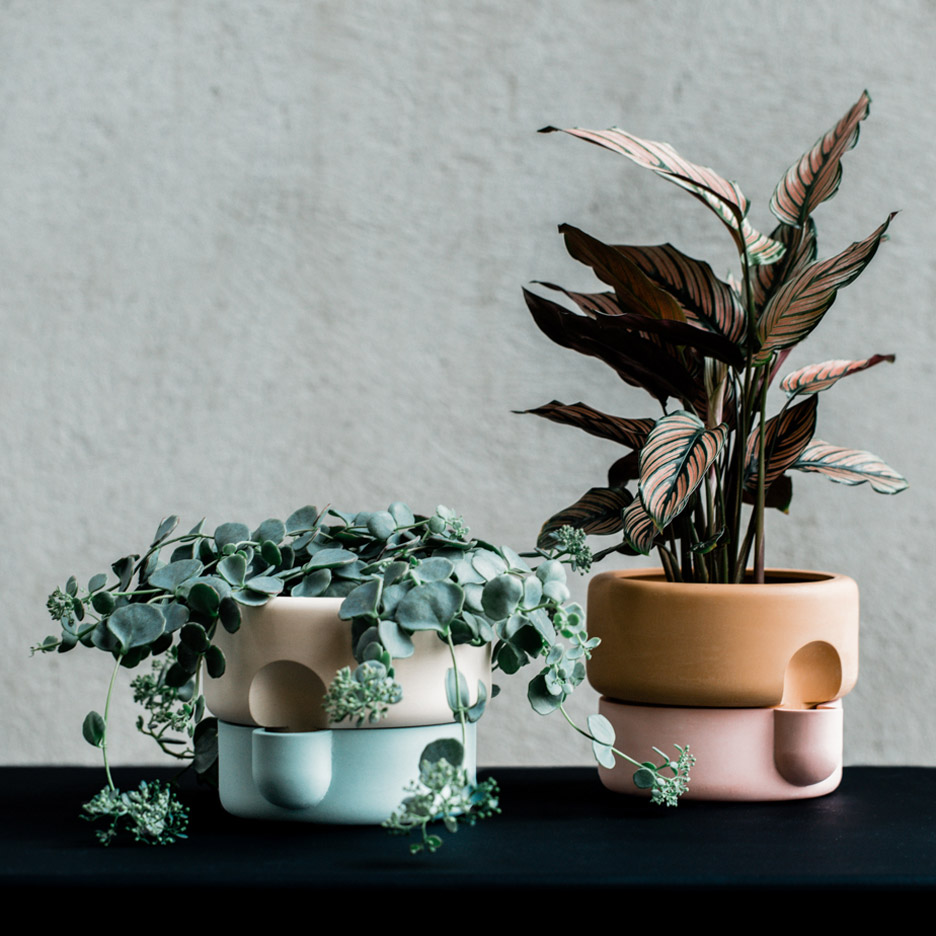 Designer Kit Miles and Moooi Carpets will collaborate on a 150-square-metre carpet, commissioned by the fair specifically for the venue's entrance.

There will also be a British Craft Pavilion, which will showcase the work of 25 British craftspeople.

Consumer tickets can be bought in advance for £10 and are available for £12 on the door. Trade tickets are free when purchased in advance.

Dezeen are media partners for the event, and readers will receive 25 per cent off tickets to the London Design Fair by using the code DEZEEN25. This offer ends at midnight on 21 September.

Ten years in the making Tent London and Super Brands London will return to Truman Brewery in East London as the London Design Fair. For the first time, the fair hosts not two but three floors of pure design, showcasing 250 independent designers and studios, 200 global brands and 15 country gallery showcases.

The fair will have a strong international element, launching new brands and designers to the UK market through its 15 country pavilions, such as 100% Norway, which has become a key initiative of the fair.

The This Is India pavilion is the first Indian design showcase at the London Design Festival ahead of the 2017 UK-India Year of Culture. The pavilion includes 12 emerging and established India-centric designers and brands across product, textile and furniture. It is co-curated by Spandana Gopal of Tiipoi alongside Jimmy MacDonald, founder and director of the London Design Fair, with exhibition design by Kangan Arora.

New country showcases will also include China, Portugal and Switzerland. The Design Prize Switzerland is a biennial competition that aims to augment the reputation and significance of Swiss design across a range of design disciplines. At the fair, 21 products and projects from the list of winners and nominees will be exhibited to visitors.

Another of London Design Fair's most exciting new initiatives is Trentino Collaborations.

"We were invited to propose a project by the trade commission of the Trentino region of Italy," said Jimmy MacDonald, London Design Fair founder and director. "The result is Trentino Collaborations, which connects four British designers with four Trentino-based manufacturers to create new products for retail."

The London Design Fair and the Crafts Council will host the launch of the British Craft Pavilion – a showcase of 25 craftspeople from across the British Isles. These designers were specially selected by the Crafts Council, London Design Fair and Crafts magazine to represent the best of British craft.
      
"It seemed obvious to examine where Britain is in the worldwide craft movement," said MacDonald.

To cap off the pavilion, the New Craftsmen and Crafts Council will be bringing the immersive Nature Lab to the London Design Fair. Nature Lab was first shown at Design Miami/Basel in June 2016. In the installation, designed by Gitta Gschwendtner, wild, encroaching nature is transmuted by skilled hands and ingenious minds into elemental objects that emerge from the darkness to conjure wonder and intrigue. The six makers in Nature Lab are Eleanor Lakelin, Emily Gardiner, Jochen Holz, Joseph Harrington, Marcin Rusak and Marlène Huissoud.

London Design Fair has partnered Blueprint magazine with Flea Folly Architects, who are both now working with USM modular furniture to create The Publishing House – an initiative by the London Design Fair. The pavilion will be made out of more than 2,000 modular pieces from USM modular furniture with a small room on the inside, which will be a haven from the hustle and bustle of the show.

"This is the first time Blueprint has been involved in a pavilion since 1995, when we commissioned Zaha Hadid to produce her first built structure in the UK," said Blueprint editor Johnny Tucker. "This is promising to be every bit as exciting as that!"

The London Design Fair has been known as the place to spot new talent. Designers to watch this year include the Form & Seek collective, who are exploring the functional and poetic appeal of design; Alexander Kneller with his pared down geometric furniture; Studio Fox's decisively bold designs; and Alexander Muller's debut collection, which combines traditional craft techniques with modern engineering processes.

While both shows champion a different aspect of the design community, by joining forces Decorex and the London Design Fair are offering visitors a broader perspective on design.

All of this content adds up to making the London Design Fair a crucial part of London Design Festival for influential retail buyers, architects, interior designers, project specifiers and media from all over the world. For the first time in 2016, ensuring they have the best-possible experience, the first two days of the fair will be trade-only, followed by two days open to both trade and the public.

To register to attend, visit www.londondesignfair.co.uk