The bricks forming the facade of this tall, skinny house in Rotterdam are made from 15 tonnes of compacted industrial waste (+ slideshow).

When Dutch architects Nina Aalbers and Ferry in 't Veld of Architectuur Maken decided to design their own home between two existing properties in the city centre, they decided to match its brick facade to its neighbours.

For the bricks, they approached StoneCycling – a company specialising in bricks made from recycled materials, in an effort to divert construction waste from landfill.

The start-up was founded by former Design Academy in Eindhoven students Tom van Soest and Ward Massa in 2013. This project is the first application of its WasteBasedBricks.

The company up-cycled around 15 tonnes of waste, ranging from ceramic to glass and clay, to create a set of caramel-toned bricks for the project. Rejected materials are collected from a 100-mile radius of the StoneCycling factory in the southeast of the Netherlands. 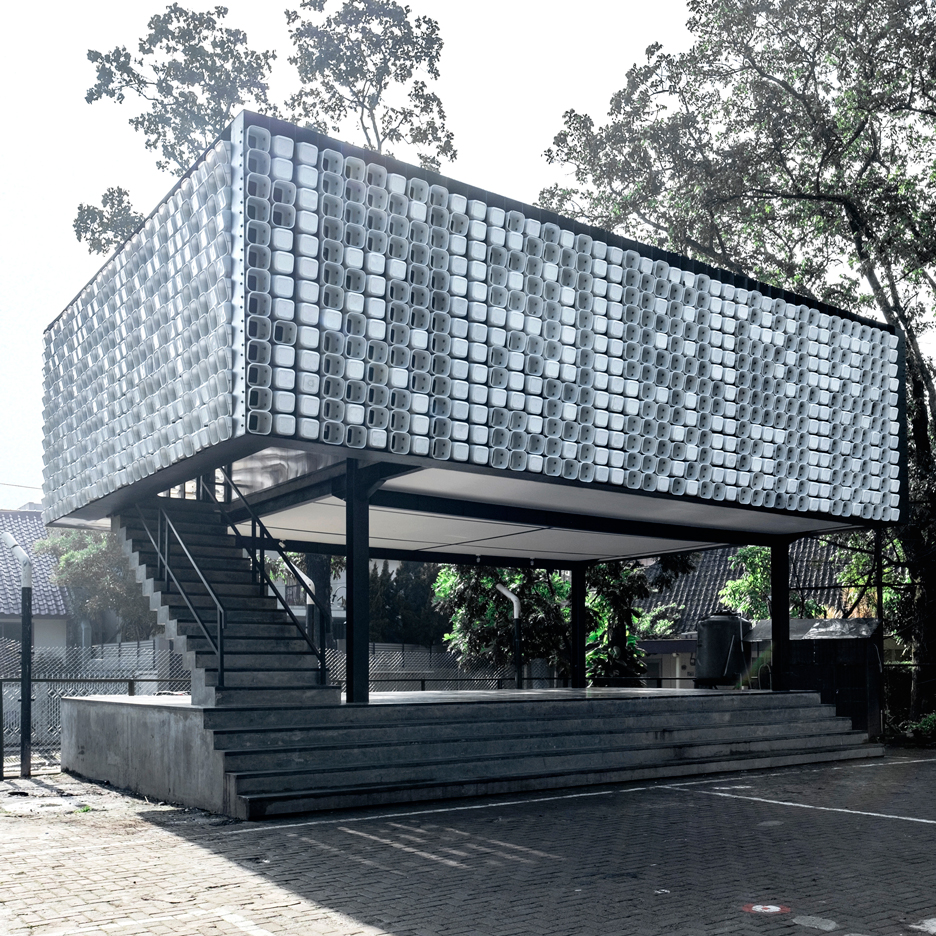 "Brickwork is one of the most used and loved material for facades in the Netherlands," said Nina Aalbers and Ferry in 't Veld.

"There are a lot of Dutch architects thinking of new sustainable ways to build," they added. "Houses that are now being built in the Netherlands are almost using no energy."

"It is very exciting and challenging to work with a new product which hasn't been applied yet, since you can never be sure how it will work out on the building site and how it will look in a few years."

The tall and narrow building, which is just over 4.5 metres wide and almost 9 metres deep, is joined to the two residences on either side to form a terrace.

Each floor of the four-storey house, which has a floorplan of 120 square metres, is designed to be used as a single room.

The kitchen and dining room are placed at ground level, while an office and bathroom covered in turquoise tiles are set on the first floor.

The living room occupies the whole of the second floor and the top floor is used as a bedroom and terrace.

Similarly, students from the University of Brighton in the UK recently built a house using nothing but waste, while a studio in Mumbai recently clad a house in old doors and windows.