The Cinnamon collection expands the studio's range of handmade brass pieces with vintage-style office stationery – including scissors, bulldog clips and a card-holder – as well as tableware like small bowls and trays.

Highlights from the collection include the Pinocchio lamp, which has been in development since 2010. The light recreates the outline of a puppet's stick arms and legs with its spindly branches and stem, while its cone-shaped lamp makes reference to the character's "distinct nose". 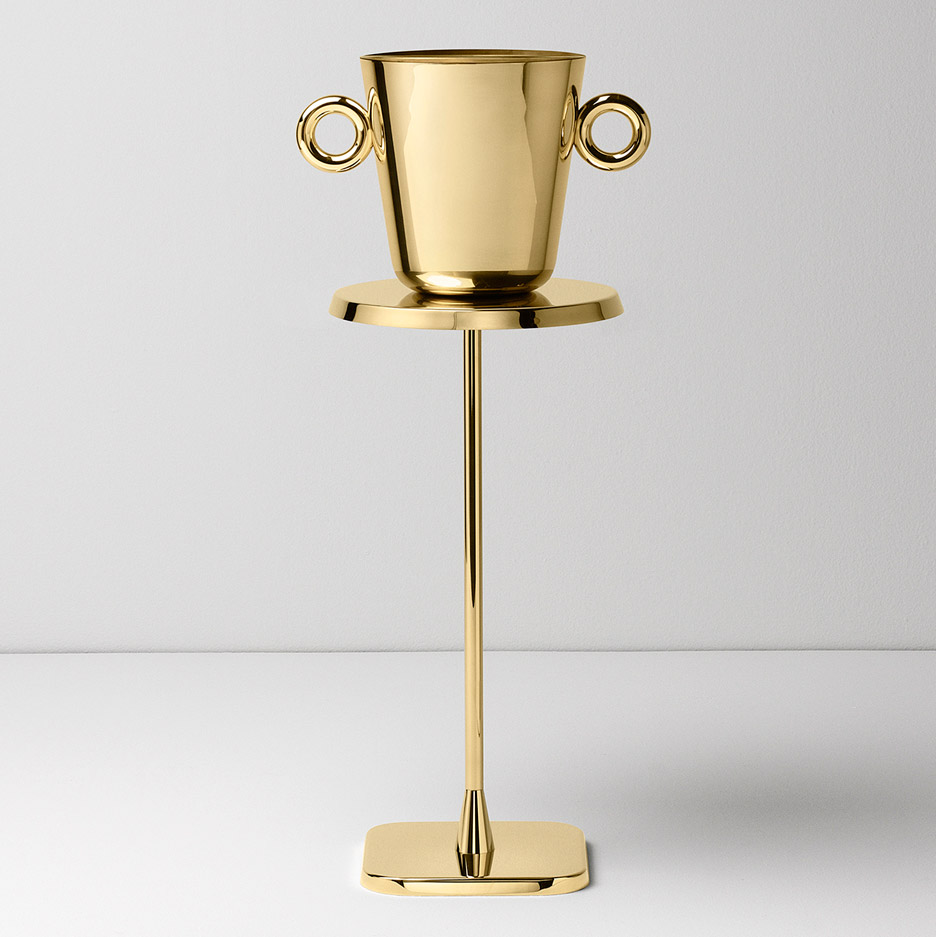 Brass features in accents added to the collection's side tables, which rest on a trio of slender legs, and in the supporting stems of the Zenith table lamp.

Its circular base is made from a loop of brass, while its domed shade is designed to evoke the "arc of the moon's journey throughout the night".

"Past seasons have been more focused on materials," said Lightly director Cindy-Lee Davies, who founded the company 11 years ago. "This season was really about colour and the necessary practicality of mid-century Australian makers, which are grounded in functionality."

"Design by definition is considered; however, this is emboldened by a desire to highlight the beauty in simple utilitarianism and to design as a personal expression for the senses."

Davies' travels in India informed a range of terracotta ceramics, including planters, vases and bowls. Created in contrasting warm, earthy colours, they are intended to reference the scents and tones of traditional spices.

Other collections of earthy, minimal homeware to launch this year have come from the likes of Danish brand Menu and Japanese brand Muji.