While similar devices have launched as part of the connected home trend, Map and London-based Ding aimed to make theirs nicer to look at and easier to use.

"We have designed the Ding smart doorbell to be simple, beautiful and smart, improving the user experience and ensuring its design works elegantly with modern homes," said John Nussey, co-­founder and CEO of Ding.

Three elements combine into the Ding system – a button for the front door, a speaker for the home and a smartphone app for use by the resident when they're out and about.

When a visitor pushes the button, the resident is notified by the chiming of the speaker or a notification from the app. They have the option to physically go to their door or address the guest through their smartphone. 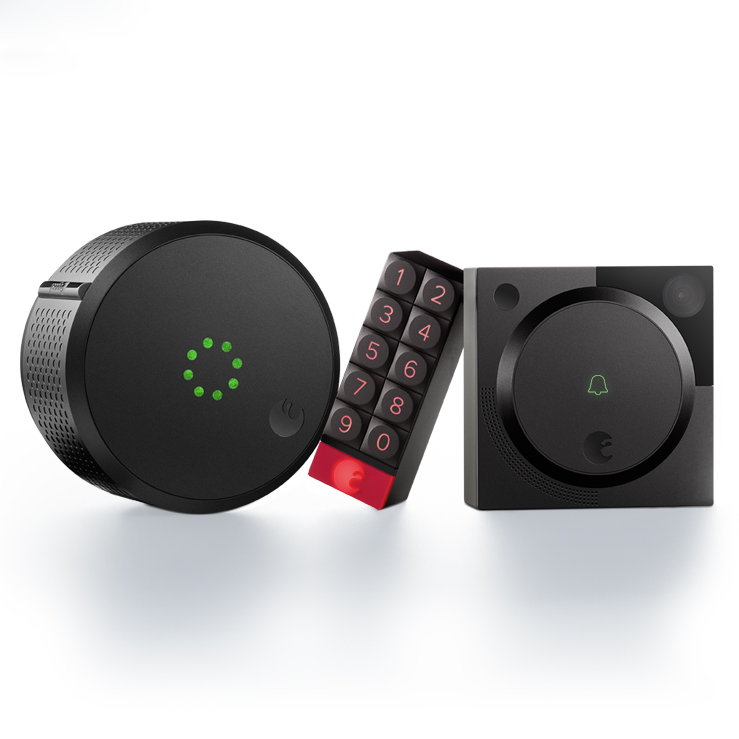 The slim, oblong button will come in different colours — initially it is grey, but a vote on the Kickstarter page will decide the second colour. It can be battery-powered or hardwired into the home.

The button and the interior speaker are connected using DECT, the technology that connects cordless phones to their bases.

The speaker also connects the system to the internet via the home Wi-Fi router, allowing users to answer the door remotely.

Compared to some other smart doorbells on the market, Ding serves a relatively pared-back function. It skips the remote keyless entry of products like Yves Behar's August Home Access, and even the video feed of the DoorBot by Edison Junior Design Laboratory.

The startup was initially funded through the UK's Design Council Spark programme in 2015 and joined department store John Lewis's JLAB accelerator in 2016.

The startup worked with Map – which was founded by Edward Barber and Jay Osgerby along with Jon Marshall in 2012 – to develop the industrial design.

The consultancy has previously worked on small smart devices like the BeeLine bicycle compass and an Internet of Things toolkit to simplify the building of connected products.