Sydney studio CHROFI has won a competition to create a new conservatory at the Australian National Botanic Gardens in Canberra with plans for a raised cube dressed in curtain-like glazing.

The Ian Potter National Conservatory contest called for a centre to both display and conserve rare and threatened tropical plants. It will also form a key attraction for the botanical gardens in Canberra, southwest Australia.

CHROFI won the competition with its proposal to create a conservatory raised above the ground, and wrapped in layers of transparent and translucent glass to offer an ideal tropical environment.

At the centre there will be large void for plants to grow up through and a circular bench for visitors to sit and admire the planting. The rest of the space will be filled with flowering plants and elevated walkways.

"The Ian Potter Conservatory is conceived as an entirely new type of conservatory – a gallery for plants for the 21st century," said CHROFI director John Choi.

"Rather than the traditional uniform glass envelope, a series of rooms offer a variety of immersive spaces that provide visitors multiple ways to interact with and experience the living exhibit," he continued.

The project team, which included landscape architects McGregor Coxall and engineer Atelier Ten, were commended by the judges for its "innovative, bold and environmentally-conscious design".

"CHROFI, McGregor Coxall and Atelier Ten were the standout design team with their hovering-cube concept framed by a void in the sky, and transparent and translucent layered skins," they said. 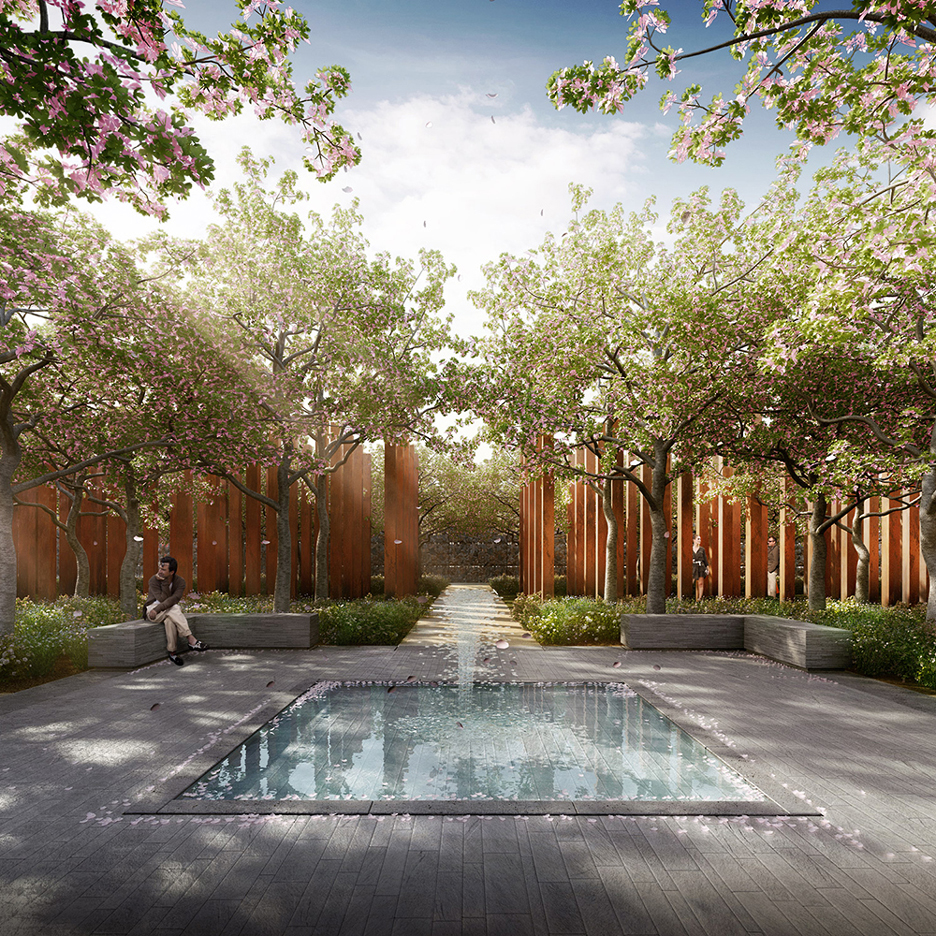 The Ian Potter National Conservatory is the first part of a new masterplan for the Australian National Botanic Gardens, which will unfold over 20 years.

Work is expected to begin on the conservatory in 2017, with its opening slated for 2018. Construction costs are estimated at A$6 million (£3 million), with A$1.5 million (£900, 000) provided by the Ian Potter Foundation – named after the late businessman and philanthropist.

An exhibition of the top five entries to the Ian Potter National Conservatory Design Competition will be held at the Australian National Botanic Gardens from 22 October to 5 November 2016.

CHROFI was founded by John Choi, Tai Ropiha and Steven Fighera in 2000 as Choi Ropiha. Other projects by the studio include a proposal for a cemetery with GPS-tracked graves and a pair of concrete and stone sheds for forestry workers.