Multimedia designer Lara Défayes has designed a three-piece survival kit to help with the uniquely contemporary condition known as FOMO.

FOMO – or "fear of missing out" – is internet slang used to describe the feeling of anxiety when not wanting to miss out on a potentially enjoyable event.

Designed by Switzerland-based designer Défayes for her diploma project at ECAL, the tongue-in-cheek FOMO Survival Kit treats FOMO by helping users identify if an event is worth going to and how to reach it.

It contains three practical, vibrant red items: a whistle, a compass and a flashlight.

"I think we all suffer from FOMO on a daily basis even without knowing it," Défayes told Dezeen. "It's not just the millennials. FOMO is real and all around us."

"It is not something that we can fight against, and we shouldn't necessarily fight it; we should maybe embrace it."

Collectively, the survival kit's whistle, compass and flashlight solve the who, where and when of FOMO.

Information including the location, time and guest list from the user's Facebook events are analysed and synced to the three objects via Bluetooth.

The compass simply directs the user to the location of the event with its red arrow. 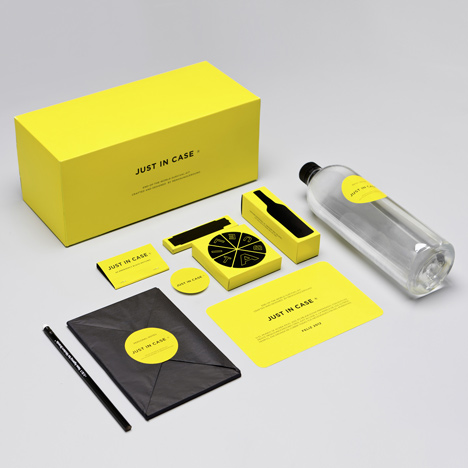 Just in Case by Menosunocerouno

Contained in an aluminium tin, the urban survival kit is designed to be used without any external help.

"I see the urban environment as a jungle," said the designer. "That's why I'm giving people willing to get into social survival mode surviving tools."

"It aims to emphasise and make people more aware of this intense, sometimes addictive, relationship that our social life maintains with our social media."

The term FOMO is so commonly used on social media that it was added to the Oxford Dictionary in 2013.