French designers Ronan and Erwan Bouroullec have created a furniture range for Vitra that aims to bring the atmosphere of home into the office.

The Cyl collection of tables and sofas, which were unveiled at this week's Orgatec trade show in Cologne, are made from solid wood and have a natural, minimalist look.

The appearance of Cyl is partly rooted in its history, which saw it initially developed as a product for the home.

"Cyl was originally conceived for the home as a table programme, but soon we sensed the potential to turn it into a system with a larger range of typologies," said Ronan Bouroullec. "It was an important step to realise that its domestic qualities are interesting in the office landscape."

"I think the simplicity of Cyl responds to a demand for clarity and fosters a welcoming atmosphere in the office world."

The Cyl system was shown alongside other conceptual projects as part of a Vitra installation at Orgatec that explored the possibilities of the office environment. Vitra says it might one day introduce Cyl furniture as standard products.

In designing the range, the Bouroullecs rejected the usual integrated power solutions that come with office furniture, in an attempt to create a more domestic environment. Vitra describes the result as "intentionally analogue".

The furniture has cylindrical legs and can be stacked on top of one another to create additional shelving and storage space.

Contrasting black and natural wood finishes emphasise joins and tabletops, and screens can be added to the tables to give workers some additional privacy.

"As a rather uncommon material in office settings, solid wood conveys a handcrafted, natural aesthetic and infuses a touch of emotion into the look and feel of the workplace," added Vitra, which also recently launched an adaptable office desk designed by Konstantin Grcic.

The Cyl system includes sofas, which feature side and back panels that come in different heights – including an extra tall version to create more enclosed seating. 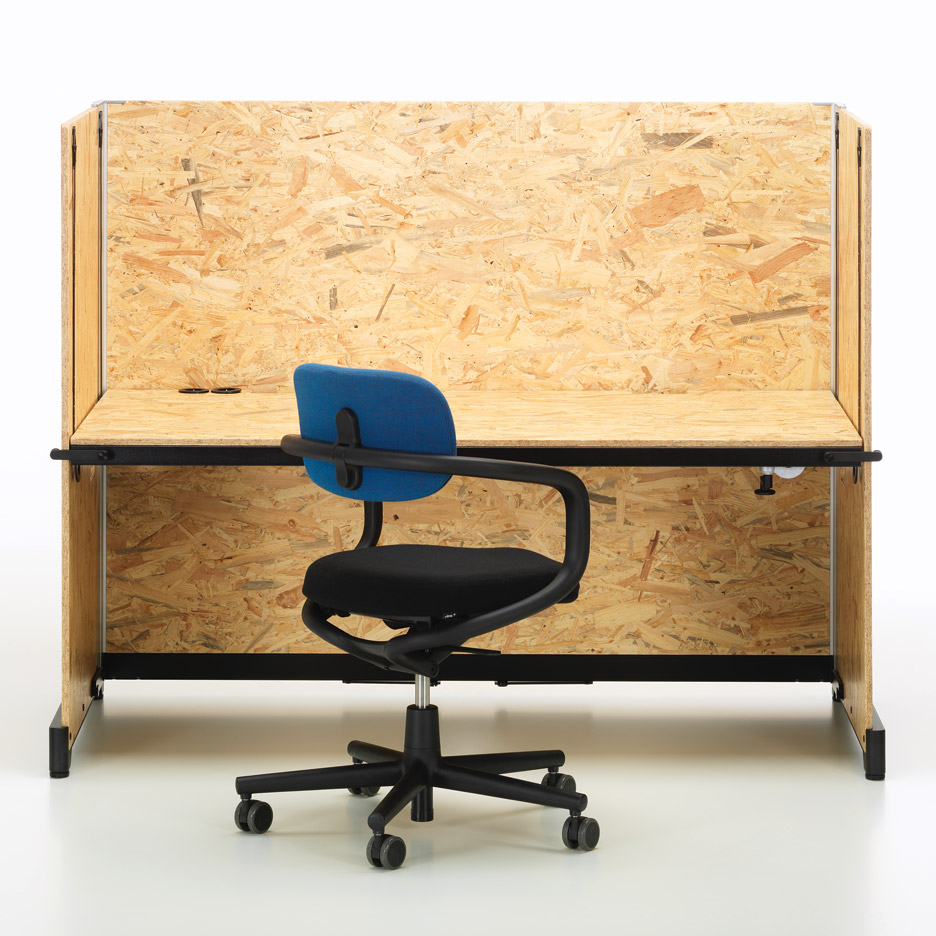 The furniture was first shown at Orgatec 2016, the workplace-focused fair on in Cologne from 25 to 29 October. Tom Dixon has launched his first line of office furniture at the event, taking inspiration from Victorian school desks.