Six apartments stacked in pairs of rectangular concrete blocks make up this Caribbean guesthouse, designed by architect John Hix to be completely self sufficient.

Casa Solaris is one of five guesthouses at the Hix Island House retreat on the Vieques Island, which is located off the eastern coast of Puerto Rico – an unincorporated US territory.

The ground floor is occupied by two longer flats, which provide accommodation for four people, while the four smaller blocks above each sleep two. A long entrance staircase cuts through its centre, with landings that peel off to provide access to each of its floors.

Hix wanted the guesthouse to be completely solar powered and off the electricity grid.

"Casa Solaris at Hix Island House hotel on the Island of Vieques, Puerto Rico is the first all-solar hotel accommodation in the Caribbean that is entirely removed from the commercial electricity grid," he said.

The building is oriented to gather winds from the Caribbean sea for cross ventilation, while photovoltaic panels fitted to its roof provide power for electricity.

"Guests charge their iPads and computers directly from the sun," said Hix.

Each of the apartments features large openings at either end that provide views to the garden, and lead to outdoor patios.

The apartments on the first floor have two terraces, one that is shaded by the floor above and another that is left exposed to the sun.

Open-air showers on each of the patios are shielded by concrete partitions and supplied with heated ground water.

There is no glass used due to the high risk of hurricanes, and instead rolling steel doors are fitted to secure the building. Above each of the openings is a concrete canopy that offers shade from the sun.

Inside, the concrete walls remain exposed. The material also forms the bathroom sinks, dining room tables, desks in the bedrooms and bases for the beds.

The apartments are finished with white-painted walls, and light wooden doors and internal shutters.

Other off-grid residences include a stone stable in Spain that was converted into a family home and a forest dwelling overlooking the Pacific Ocean. 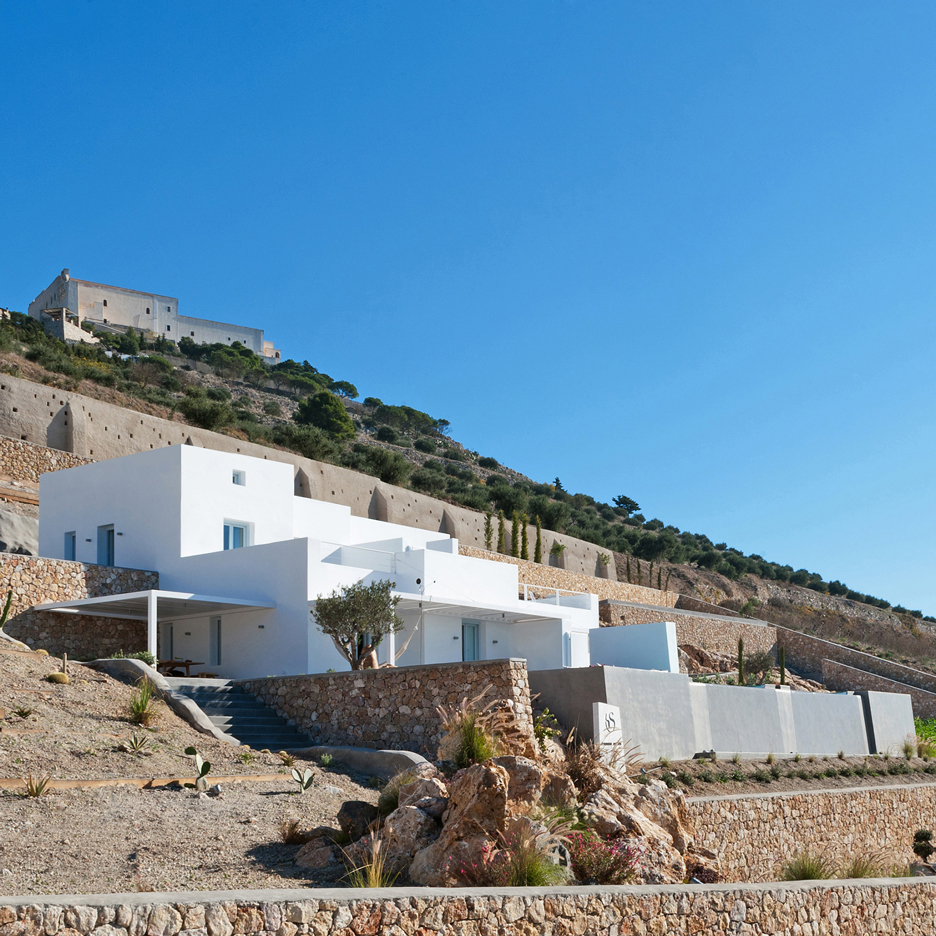