Design Academy Eindhoven graduate Tamara Orjola's Forest Wool stools and carpets are made from processed pine needles left over from the timber industry.

By crushing, soaking, steaming, binding and pressing the needles, Orjola extracts the pine needles' fibre and transforms it into textiles, composites and paper. The process also allows essential oils and dye to be extracted and used.

Orjola has turned the materials into a pair of minimal benches and an oval carpet she exhibited at Dutch Design Week 2016.

Patterned with lines to recall the needles, the furniture shows the possibilities for Forest Wool and other materials leftover from industrial production.

Orjola was prompted to experiment with needles after researching the hundreds of millions of pine trees cut down in the EU. Traditionally trees would be used for more than their timber, but with pines, the billions of leftover needles are discarded as waste.

"It all begins with research about the forgotten value of plants and techniques," she told Dezeen. "There is a lot of knowledge and awareness we used to pass from generation to generation which got forgotten due to development of mass production."

"Valuable local materials and techniques are left behind due to unwillingness of mass-production to adapt for more sustainable but less sufficient sources of production," added the designer, who graduated from Design Academy Eindhoven this year.

Currently, Orjola is looking for a partner to further develop the material and expand the manufacturing process on an industrial scale before possibly rolling it out to product lines.

"Large timber consumers such as IKEA could benefit greatly from this new approach," she said. "With needle-bearing trees alone there is so much possible with the methods I've invented and designed. You can really make a large assortment of products from this single source." 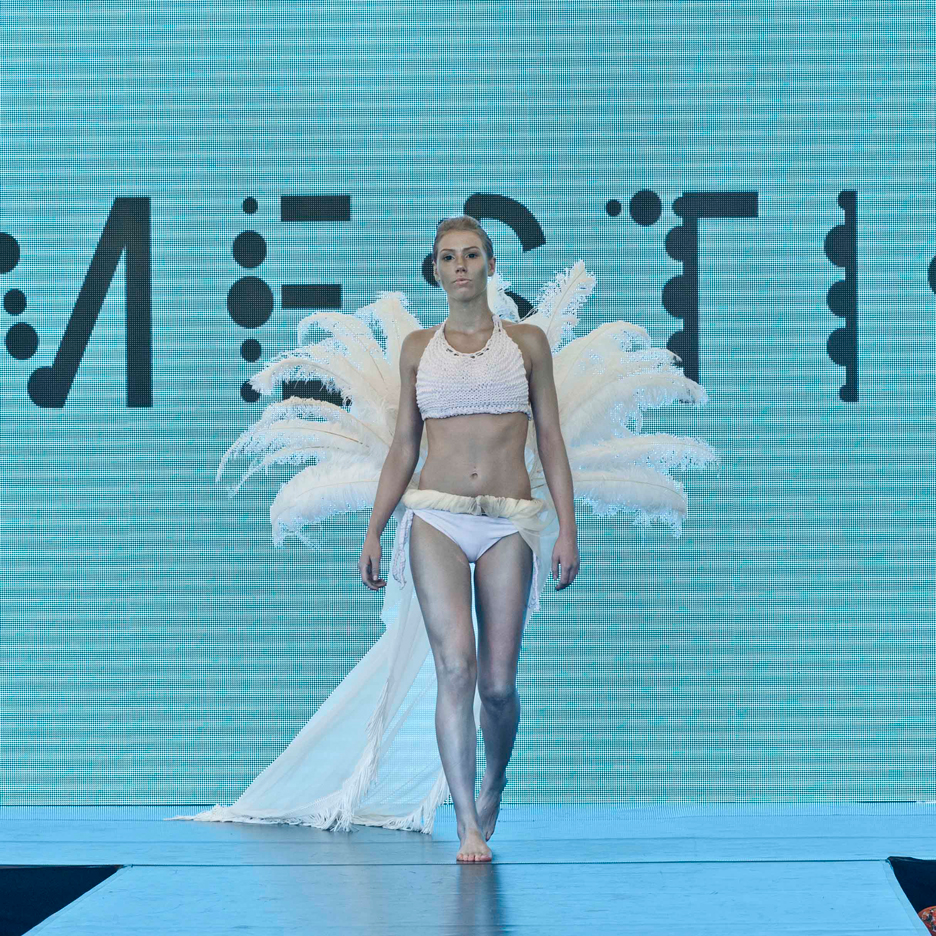 New company Ananas Anam has also turned its attention to the possibilities of agricultural waste, creating a leather alternative from pineapple leaves.